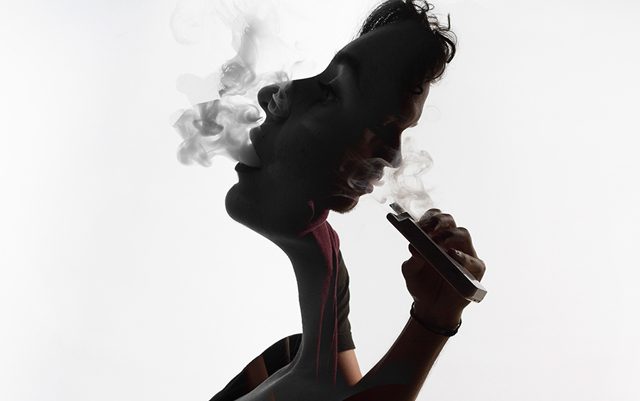 Every business owner wants his or her company to stand out from the rest. This can be a challenge for many because breaking the mold or blazing a new trail is oftentimes seen as high risk. The mindset of “If it’s not broke, don’t fix it” stifles progress and can hold industries back as a whole. This is especially true in the vaporizer business. But, the entrepreneurial minds at Vaportronix, LLC are different. From the work of their creative team to their unique products, Vaportronix breaks the conventional business mold.

From day one, Vaportonix aimed to create a discreet and convenient vaping experience that customers would want to use in their daily lives. Their product — the VQ — does exactly that, while eliminating the need to carry around extra, unnecessary devices.

The VQ is a case for cell phones and a vaporizer — all in one. The product is sold with a cartridge that comes empty, so users can fill it with whatever they like. The VQ gives the user an impressive 100 puffs per cartridge. The product design eliminates two common vaping problems: forgetting your vape pen and having it die on you while you’re out and about. The VQ solves both of these issues while providing the most convenient and discreet way to vape.

Vaportronix is not interested in developing one-of-a-kind vaping products simply because vaping is hip, they do so to give people what they want and need – which is convenience, peace of mind and functionality.

“The first and most important goal of Vaportronix as a company is to listen to what our customers want and constantly strive to develop better products. Number two is to create something different and innovative. That’s what has made us successful. Not because vaping is the cool new thing to do, but because we offer something that no one else does,” said company CEO Steven Stanimirovic.

Steven wasn’t always the successful businessman he is today. After moving to California and attempting to open a cannabis dispensary, Steven had a similar experience as many other young and impressionable people trying to get into the cannabis industry: it didn’t work out for him. He did learn a lot about the legal cannabis industry and gained experience that would end up helping him later on in co-founding Vaportronix.

Instead of doing the same thing again and expecting different results, Steven cut his losses, moved back to Miami and got his real estate license. From there, he got more involved in the real estate investing world and became a property manager. Running a real estate investment fund and managing about 50 properties helped give him the experience he needed to understand what investors are looking for.

“I’ve always worked for myself and been an entrepreneur,” Stanimirovic said. “I’m one of those people who makes things happen. People come to me with great ideas and goals and I help them achieve. I think that’s what you have to do to be successful. You have to be a go-getter.”

Constantly improving and wanting to be better than everyone else, entrepreneurs like Stanimirovic and his colleagues are an inspiration to those who aspire to break into the vaping or cannabis accessory industry. He advises business hopefuls to find their niche, figure out why it’s better and different than the competition and then go there. He reminds industry professionals that failure is usually a necessary part of any success story.

“When we first went on Indie Go-Go, we failed. But that ended up helping us, because we got exposure and the right people saw it, which lead to us getting the investment we needed,” Stanimirovic said. 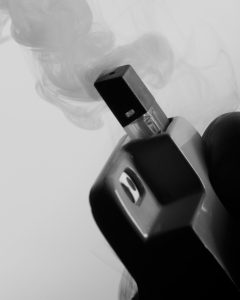 Two years later, Vaportronix has really taken off. Their product, the VQ, has been featured on Fancy.com and HERB calls the VQ “the vaping device James Bond would use.” On top of that, the company will be a featured sponsor at the pre-party for the 2016 AMA Awards in November, giving them an ideal opportunity to network with other industry professionals as they continue to grow their customer base and partnerships.

Related Article: The VQ is Leading the Way in Vaping Technology

Vaportronix gets inspiration from companies like Uber who go against the grain in order to solve problems customers face.

“With the rise of new technology, we are now experiencing what I like to call ‘the Uber generation’. Uber beats the competition because they offer something no one else does. Uber is only a seven-year-old company, but they were already worth more than Hertz and United Continental after about four years and worth more than Ford and General Motors after five,” Stanimirovic said.

As high school friends in Miami, Steven Stanimirovic and his business partner, Jonathan Romero, were interested in entrepreneurship from a young age. Stanimirovic and Romero founded Vaportronix, LLC in Miami, FL in 2014. They brought in David Abadi to serve as the company’s president.

Despite the success Vaportonix has already achieved, they are not satisfied and will not stop. Steven says the company plans to continue to develop products for the vaping and cannabis industries that people will want to use.