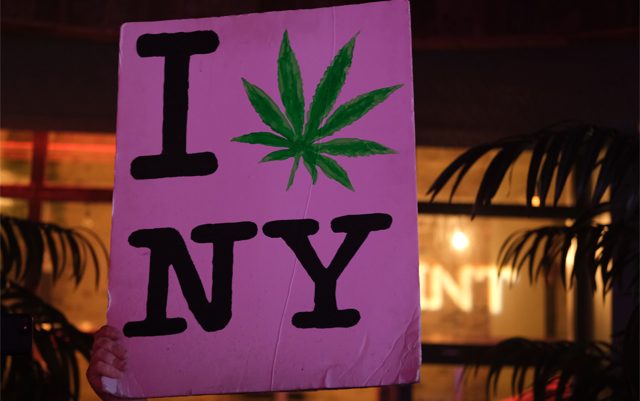 On October 22nd, the recently established New York City chapter of the National Organization for the Reform of Marijuana Laws (NORML) held its first award ceremony honoring some of the city’s top advocates and companies. Founded in May 2019, the group represents one of the newest entrants to the organization that now boasts over 150 chapters in the U.S. and abroad. New York State has several branches, including Long Island, Hudson Valley and Western New York.

“What we want to do is bring together the community that already exists…the community that is pretty unified, but also extremely fragmented,” Lepore said. Such fragmentation can be found on topics like home growing and equitable social measures, among numerous others. The latter is seen as one of the most significant parameters in garnering support for an adult-use bill amongst voters and lawmakers in the state.”

As Lepore notes, New York City’s chapter represents just one facet of a continually growing NORML. This includes the views of legalized nations, like Canada. In October, NORML Canada launched its post-legalization platform to represent the first-year of adult use cannabis in the country. The anniversary also marked the legalization of cannabis products like concentrates, edibles and topicals, which will hit store shelves in mid to late December.

In Manhattan, the organization took steps to promote cannabis community involvement in the legalization process. The group partnered with the Cannabis Voters Project for the evening. The partnership allowed attendees to register to vote and contact their legislators.

“It was great seeing so many New York cannabis community leaders together in one place, honoring each other’s work,” said High NY Founder Mike Z.

Buzz for the event resulted in the organizers changing some of its plans not too far before the show. The awards ceremony originally intended to house 120 attendees. However, Lepore reported that demand drove interest up to roughly 200 attendees. The venue, Hudson Terrace, was able to accommodate the occupancy.

Lepore said that the ceremony modified the evening by turning the event from an entirely sit-down evening to a more casual affair. “It’s a good problem to have,” he said. “It shows us what the potential is of this award series.”

Attendees had to adjust to a little less elbow room, but did receive items from a menu made in collaboration by eight notable chefs in the cannabis and culinary spaces, including “Hawaii” Mike Salman and Twenty Past Four’s Chef Chris Cedeno.

NORML founding member and attorney Keith Stroup delivered the night’s keynote speech. Stroup, who founded the organization in 1970, was pleased with the crowd. “It was an impressive turnout for the pro-pot community in the city,” Stroup told The Marijuana Times.

Israel and Galu would later take home the Artist Activist award for their work on Cannabis!. Lepore explained that the group won the award, in part, for their ability to blend inspiration and education with activism.

Israel told The Marijuana Times, the award is motivating and uplifting. “I want the show we are creating to be a platform for activism and look forward to working with NYC NORML towards legalization.”

Of the eight award winners, the most notable story may be Saki Fenderson of Tainted Love. The founder of the education platform, which uses products, events and seminars to promote responsible consumption, is not your common cannabis personality. Fenderson, who is allergic to consumption herself, remains convicted to the cause. Such a belief in cannabis and its education helped earn her the award, according to Lepore.

Tainted Love’s founder noted that winning an award for a cause still being fought was “difficult”. However, Fenderson called the distinction an honor and inspiration. “To recognize those on the front lines not only fuels the fires to carry on but also inspires others to do the same.”

Other award winners included companies like Manhattan CBD retailer Come Back Daily. The store doubles as a meeting and event space for cannabis education and activist events. Hudson Hemp was also recognized for its sustainable quality control efforts. The woman-owned company has been considered pioneers in the field of regenerative hemp growth by some. Additional awards were given out to The Happy Munkey for its work in consumption experiences.

Individuals were recognized, as well. Michael O’Malley of Curved Papers was given the Champion for Corporate Social Responsibility for his close involvement with NORML. O’Malley’s efforts have included donations to the organization, as well as organizing two of its formal events. Chef Joshua Tepperberg of The Mediblist was given the MVP award for his contributions to NORML events as well.

Meanwhile, Kassandra Frederique and Melissa Moore of Start Smart NY/Drug Policy Alliance were given the Doug Greene activism award. The two were recognized for their efforts in the tri-state area’s Drug Policy Alliance and Start SMART program, according to Lepore. Greene, a prominent cannabis and animal rights activist in the region, was a fixture at New York City events until his tragic passing in June 2019.