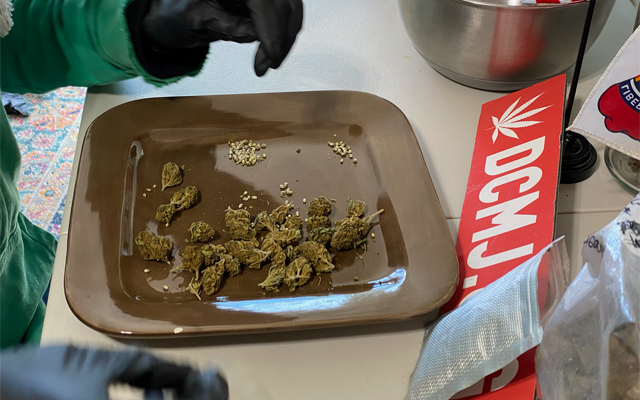 District of Columbia Marijuana Justice (DCMJ), the advocacy and education group that ran the successful campaign to legalize cannabis in the nation’s capital in 2014, slammed the White House for firing five staffers over their past use of cannabis, arguing that if the administration “wants the best and brightest working there on behalf of the American people, it needs to tolerate all viewpoints and lifestyle choices, including the legal use of cannabis.”

“We were outraged to learn that the White House is using past cannabis use as a cause for dismissal of staffers,” said Adam Eidinger, co-founder of DCMJ. “It would be an understatement to call reports of these dismissals arbitrary. We are quite certain that the White House does not fire staffers for use of alcohol, a scientifically proven deadly and harmful substance. We’re confident there is even alcohol stored away in the White House, and not just in the residence.”

The White House is clearly ignoring that voters in the District of Columbia have legalized cannabis, and that nearby Virginia and Maryland allow for medical use of cannabis. Virginia, just across the Potomac River from the White House, is also about to legalize adult use of cannabis.

“By taking these punitive actions, the White House is informally asking current and future job applicants to lie. Lies are the enemy of democracy. If applicants know that being honest about past or current lawful cannabis use will prevent them from working at the White House, then they have no recourse but to lie about their current or past cannabis use,” Eidinger said. “This is bad public policy and President Biden should understand that the destructive and failed War on Drugs does nothing but hurt the American people, especially people of color.”

DCMJ and its sister organizations in Colorado, New York, Virginia, and Maryland had high hopes that “President Biden would evolve from this twisted 20th century view of cannabis use and adopt the positions that an overwhelming majority of Americans have embraced,” Eidinger said.

“From ending the use of cannabis laws in the abhorrent practice of racial profiling, to clearing the way for conclusive research into all the medical applications for cannabis, to keeping the government from intruding further into private lives, the majority of Americans want an end now to cannabis prohibition,” Eidinger said.

Despite its disappointment over the firings, DCMJ, whose work in the legalization community includes advocating for criminal justice reforms, equity, home cultivation, and the rights of cannabis consumers and workers, has extended an olive branch to the Biden administration. The group is planning to hand out free joints on April 20 to anyone who gets the coronavirus vaccination.

“We want to see this administration succeed in righting many wrongs. We’ve even tried to be helpful,” Eidinger said. “Our upcoming ‘Joints for Jabs’ cannabis giveaway is in direct response to the administration’s ‘Go Big’ effort to get Americans vaccinated against COVID-19. We are quite confident the message behind ‘Joints for Jabs’ is reaching a significant portion of supporters and non-supporters of the president.”

DCMJ has urged the White House to think about finding a new place for itself in the legalization movement to “avoid an unnecessary confrontation with a key bloc in the Democrats’ political base.” To send a clear and indisputable signal that the White House understands it needs a more evolved position on cannabis, the group called on President Biden “to use his executive power to de-schedule cannabis immediately.”

“With these firings, the administration is sending out a dangerous message in this era of cannabis enlightenment that is going to force a meaningful reaction by those threatened by the actions of this White House,” Eidinger said. “There are millions of Americans living in states with legal cannabis that should not be excluded from working in the White House, or a job of any kind in public service.”

DCMJ co-founder Nikolas Schiller added President Biden need only consult Vice President Kamala Harris on how to go about modifying his position. “If you need advice on how to truly embrace ‘Marijuana Justice,’ we urge you to consult your vice president, who as a senator introduced the Marijuana Justice Act,” Schiller said.