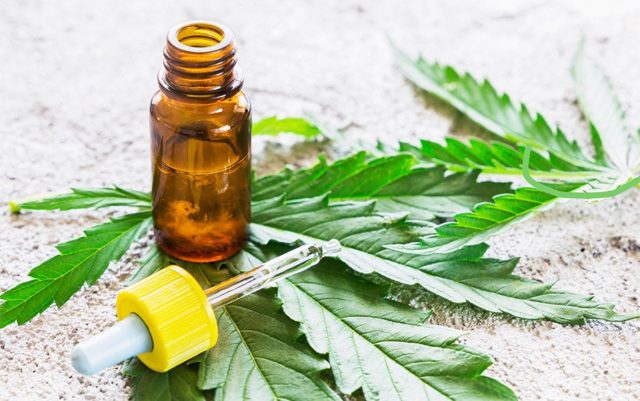 People who are new to cannabis and marijuana products often think that CBD and THC are the same, or at least similar enough that they can be put in the same category. This is what gives people the “reefer madness” view of CBD.

CBD can be used medicinally without any harm, but because of the pushback from people who don’t understand it, or fear from potential patients, people who could otherwise get relief aren’t getting it.

We’re here to help. We want to help explain CBD vs THC effects in a way that anyone can understand so that you can make an informed decision for your health and recreational needs.

Keep reading to learn more about the effects of CBD vs THC and how they can each operate within your body.

What Is CBD? An Overview

CBD is short for cannabidiol. It can be derived from hemp or marijuana and it’s the second most common derivation from marijuana. It interacts with the cannabinoid receptors in the brain to produce certain effects (we’ll get into those later).

CBD is technically legal across the United States due to the 2018 Farm Bill, though the legalization isn’t complete legalization. It is able to be used medicinally across the country and it’s easily obtainable through many vendors both in brick and mortar shops and online (such as the products from Magical Brands).

CBD from hemp is “more legal” than CBD from marijuana just because of the federal legality of both plants, though there isn’t too much of a distinction when it comes to the products themselves.

It’s being studied excessively now that the legality of it is more clear and scientists are finding more and more therapeutic uses for it all the time. There’s a lot of hope in the scientific community about the potential value of CBD for both people with chronic illnesses and the average person seeking relief.

What Is THC? An Overview

THC is short for tetrahydrocannabinol. It’s another naturally-occurring derivation of the marijuana plant. It produces effects in the brain by interacting with the cannabinoid receptors in the brain, though in different ways.

THC is what most people think of when they think of marijuana. It’s a widely misunderstood chemical, but it does have psychoactive effects on the brain which is what gets THC its bad reputation from those who are fighting the “war on drugs”.

THC is a close relative of CBD, but they function in different ways to the extent that they produce experiences that can’t be compared.

What Do They Have In Common?

CBD and THC can both be derived from cannabis. They both interact with the cannabinoid receptors in the brain even if they do so in different ways. CBD can also have a small amount of THC in it (that helps it do its therapeutic work via the entourage effect).

They are both approved for medicinal use and are being studied further to see how far these uses extend. Medical marijuana has plenty of research behind it and the research on CBD is picking up speed ever since the legalization of hemp in 2018.

Both provide therapeutic effects for their patients and they’re both controversial regardless of their safety or ability to aid patients.

CBD vs THC: What Are the Differences?

While these two chemical compounds have a lot in common, they also have a lot of differences. There’s a reason that one is more available than the other.

These are some differences between the effects of THC vs CBD.

The “high” feeling that people attribute to marijuana comes almost entirely from the chemical compound THC.

THC can produce psychoactive effects, though these can vary depending on the strain of marijuana, the amount used, and even the mental health or state of the person who’s consuming the product.

The intoxication effects of THC have been popular forever. They can relieve anxiety, give a feeling of “calm” or just let the consumer tune out. They can also give a more energetic effect similar to a stimulant, or a light hallucinogenic effect.

CBD is not intoxicating in the slightest. Many people are confused about this. This is what causes them to push up against CBD as a potential natural medication.

Even though CBD can contain a tiny amount of THC, it’s not enough to intoxicate the user. It’s considered safe to take CBD and drive, though scientists have worries about the potential side effects.

This is not true of THC which is too intoxicating for users to consider driving or operating any kind of heavy machinery afterward.

CBD is commonly used for pain. It can be used topically or through one of the other popular methods (like edibles, tinctures, oils, or vapor). Topical use of CBD is popular for chronic pain like arthritis or for muscle aches after exercise.

The soothing effect isn’t immediate and it’s not going to take the pain away as opioids would, but it’s a good replacement and it will soothe the patient so that they can return to their day to day life (or the average person so that they can get back to exercise if muscle aches were the problem).

THC can also relieve pain. It’s used topically, but this isn’t a popular use and many who consume THC prefer to smoke it or use edibles. The pain relief is more related to the brain than the body. The pain is forgotten about due to the psychoactive effects.

Depending on the kind of pain that the patient is suffering from, CBD may be the better choice. It’s the more accessible one. Those with medical marijuana cards may benefit more from THC.

CBD is often used as an anti-anxiety cure as an alternative to benzodiazepines or SSRIs. It’s also shown promising results for people who suffer from depression who don’t find relief from traditional psychiatric medications.

THC can also have positive effects on depression, though it varies depending on the person. Some people find that their depression worsens while under the influence. Many people also find that THC exacerbates their anxiety to the point that they no longer feel comfortable consuming it.

While different strains are going to be more likely to exacerbate anxiety, some people deal with this regardless of what type they consume.

Overall, the effects of THC vs CBD on mental health are very different. While both can be calming, CBD has no history of causing anxiety, paranoia, or panic.

Effects on the Skin

THC doesn’t have much topical use. While it does happen, it’s uncommon, so its effects on the skin aren’t as studied.

CBD, however, has been studied for topical use.

It’s shown promising results to help soothe (though not heal) skin conditions like psoriasis and rosacea and even cystic acne. It’s also had promising effects on light sunburn.

As topical CBD products become more popular, more research will be done on their uses.

CBD hasn’t been shown to have a dramatic impact on appetite. The cannabinoid receptors that it latches onto don’t have a connection to appetite so any increased or decreased hunger would likely be a side-effect of another condition.

THC however has a huge impact on appetite. The “munchies” are well-known amongst consumers of marijuana. It can make users overeat or give them the desire to eat when they didn’t have an appetite before.

This is one reason that it’s popular for people with chronic illnesses. People going through chemotherapy or healing from surgery may have trouble eating enough and THC can help boost their appetites.

CBD has the side effects of drowsiness, fatigue, dry mouth, and a potential loss of appetite depending on what it’s trying to treat. It may also cause nausea in some users, though this is an uncommon effect.

THC will impair the user, though this is intended. It can cause sudden shifts in blood pressure (which may result in fainting), anxiety, and panic attacks in those who are prone to them. It will also cause dry-mouth and, as we mentioned, an increased appetite (or the munches).

Side effects of CBD tend to be mild and unnoticeable under therapeutic dosages, whereas the side effects of THC are well-known and even expected to those who use marijuana frequently.

While CBD and THC work on the same part of the brain, they function in different ways and produce different effects.

Both have great therapeutic benefits, but CBD isn’t often used for fun like THC is. Even though it’s easy for anyone to purchase, it works more as an herbal supplement and should be thought of as such.

When considering the CBD vs THC effects, remember that CBD isn’t psychoactive and won’t have the same results as marijuana even if they both come from the same plant!

Breaking Down The Growing Popularity Of CBD

How to buy weed online