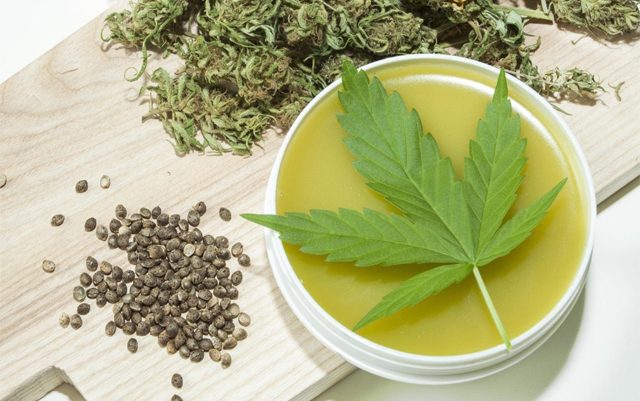 Cannabis is now legal or decriminalized in some capacity in many countries around the world.

The plant first came to fame due to its psychoactive properties; that is, its ability to get you stoned. However, there are many other important properties of cannabis that have come more to light as weed has become more popular around the world.

Many of these arise from CBD, which is a non-psychoactive compound present in cannabis. Many people, therefore, prefer to smoke strains that are high in CBD.

So, what is the highest-CBD strain around? Read on as we answer that question and share other important information about CBD.

What Are the Compounds in Cannabis?

Active compounds in cannabis are known as cannabinoids.

There are over 100 cannabinoids that have been discovered, but scientists have not yet had the opportunity to study most of these in detail. However, many experts believe that lesser-known cannabinoids may have a huge role to play in both the medical and psychoactive effects of cannabis.

We’ve taken a look at a few of the most significant cannabinoids here.

CBD is a cannabis constituent that has exploded in popularity around the world in recent years. This is because it has a host of health benefits, but does not cause any psychoactive effects.

As we will see, there are many cannabis strains that contain mainly CBD. However, it is also possible to get isolated CBD in the form of oils and tinctures.

THC is perhaps the best-known constituent of cannabis, as it is the ingredient that causes a high in users.

For this reason, many smokers look for strains with a high THC content. However, those wishing to avoid a high will look for a higher CBD/THC ratio.

Even experienced smokers may know little about any cannabinoid other than CBD or THC. However, there are many more that scientists believe may be hugely important.

CBG is a cannabinoid with antibacterial properties. It may also reduce inflammation and inhibit the growth of tumors.

CBN occurs during the degradation of THC. It is thought to be mildly psychoactive but is only found in very small quantities in fresh plants.

What Is the Highest-CBD Strain?

There isn’t one single strain that has a higher percentage of CBD than all others. CBD/THC ratios and amounts differ from batch to batch.

However, there are a number of strains that typically have very high CBD content. We’ve listed some of the most popular below.

Harlequin is one of the oldest high-CBD strains around. It generally has between 8-16% CBD, compared to just 4-7% THC.

This is higher than some modern strains which have been engineered to contain almost no THC. However, it will still leave users with only a mild high compared to THC-heavy strains.

ACDC is one of the highest-CBD strains on the market today, and will usually produce little or no psychoactive effect. It is effective in treating a huge number of common ailments, including anxiety and chronic pain.

It will also have benefits for those looking to ease the negative side-effects of multiple sclerosis and chemotherapy.

Cannatonic is a close relative of ACDC, and another strain with a high CBD content. Unlike ACDC, however, Cannatonic does have a moderate THC content (5.5%) so users can expect to feel a certain high from it.

Cannatonic is descended from MK Ultra and G13 Haze, and has a pleasant pine fragrance.

This strain is perfect for those who want to experience mild psychoactive effects from their weed without going overboard.

It is a descendant of both Sour Diesel and NYC Diesel.

Sour Tsunami is a Sativa-dominant strain that is particularly effective in the treatment of pain and inflammation. As a Diesel strain, it has an especially pungent aroma.

What Is the Difference Between Indica & Sativa?

Indica and Sativa are the two main families of cannabis. While modern breeding practices have left most strains with a mix between both Indica and Sativa, the two classifications are still used to describe different psychoactive effects associated with different strains.

Sativa genetics are associated with an uplifting, energetic high. Smokers use them to fuel creativity and engage differently with daily activities.

Indica-dominant strains tend to bring about a more relaxing, body-based high. Users often smoke them in the evening to relax or help with sleep.

So, is there a difference between Indica and Sativa strains when it comes to CBD-dominant strains? The answer to this question would appear to be “yes.” Cannabis families retain their distinct characteristics even if they’re not getting you stoned.

So, what are the benefits sativa cbd? The purpose of Sativa-dominant, CBD-heavy strains is to unlock the creative potential of a Sativa strain without getting the user high. While many creative people thrive while stoned, many others cannot function under the influence of THC.

The idea of CBD-dominant Indica strains is something similar. They’ll help smokers to relax or drift off to sleep without getting them baked as well.

Making the Most of Your Cannabis

Not everyone wants to get high, but that doesn’t mean that everyone can’t benefit from consuming cannabis.

Whether you want an easy strain to start you off in the world of weed, or you just want to enjoy the medical benefits of cannabis without getting high, the highest-CBD strain options will give you what you need.

Marijuana – The Uses, Benefits, And The Future