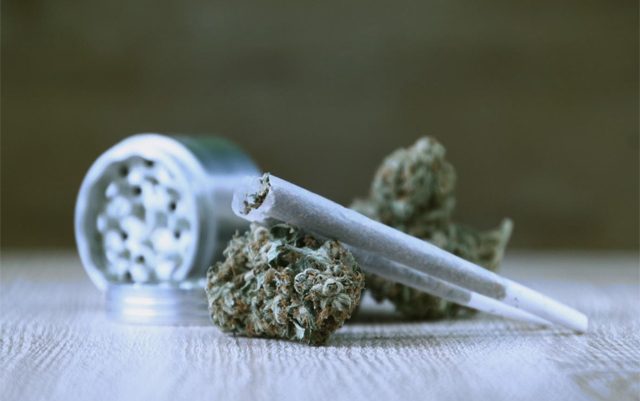 So you want to start smoking weed but you’re not sure what the best way to get started is. It’s easy to feel overwhelmed when it comes to marijuana. There’s a lot of terminology and paraphernalia involved and if you don’t know your bubblers from your bongs, you could struggle.

So, what’s the best way to smoke marijuana? Well, put simply, there is no singular best way. In this guide, we’re going to take a look at the different options you have at your disposal and help you find the best one for you.

Ready to get started? Read on and prepare to light up!

If you’re looking for the easiest way to consume marijuana, then joints are it. According to recent statistics, the majority of Americans have smoked marijuana and even seniors are smoking more! For many of us, our first experience will have been with a joint.

Making a joint is easy and cheap. All you need is some weed and rolling papers.

Rolling a joint is a skill that you’ll need to develop, though: it can be very tricky to start with but don’t be discouraged! With practice, you’ll be able to roll a great joint in minutes.

The main advantage that joints have is their easiness and cheapness. You can be ready to smoke marijuana in moments and at little cost. You can also pre-roll them and have them ready to go when you need them.

A close relative of the joint, a blunt is essentially the same as a joint but wrapped in a tobacco leaf. Traditionally, you’d make a blunt by cutting open a cigar and removing the tobacco, then wrapping it around weed.

Yet today, thanks to how common marijuana culture is, things are a lot easier. You can buy blunt wrappers that are tobacco, sometimes flavored, and roll up.

The biggest disadvantage that blunts have is that you’re going to be taking in nicotine, too. Nicotine is addictive and can increase your blood pressure, so if that’s something you worry about, you’re better off sticking to joints.  If you aren’t already hooked on nicotine, smoking a blunt is generally a poor idea.

The big advantage that blunts have compared to joints is that they hold a lot of weed. If you want to get stoned out of your gourd without having to roll up multiple joints, a blunt can do the business.

Pipes are even easier to use than joints but do come with a slightly higher price of entry. You can expect to drop $20+ on a good pipe but once you’ve got it, it could last a lifetime.

To use a pipe, all you need to do is grind up some weed and put it in the bowl. Then you can light it and puff at your heart’s content.

Another nice thing about pipes is that they’re little works of art. Often made of decorated glass, pipes look awesome and feel great in the hand too. If you’re interested in getting high-end smoking gear, you could drop hundreds of dollars on a pipe if you’d like to.

The disadvantage of a pipe is that they’re not too discreet; they take up more space so they’re not great for a stealthy smoke. They’re fragile too, so be careful!

Bongs are another classic way of smoking weed. Whether it’s one that you’ve bought from a store or one that you’ve made yourself with a soda bottle (a gravity bong), the principle is the same.

The smoke gets dragged through water which cools it down and gives it a cleaner taste. They’re fun, easy to use once you know how, and can give you great-tasting smoke every time.

The main disadvantage of bongs is the size, which brings us on to the bubbler vs bong debate. A bubbler looks a lot like a bong but it’s smaller, which means that you can carry it with you when you’re out and about.

While it’s still not as discreet as a joint or a blunt, a bubbler is a good alternative for the stealthy smoker.

While it may not be technically “smoking” a vaporizer is a great way to consume your weed. The vaporizers use heat to break the weed down without burning it, which means that you don’t get as many harmful carcinogens.

There are several different ways to vape weed but you need to exercise some caution. Some people have gotten sick after vaping THC cartridges that they’d bought from the dark web.

If you are going to vape weed, we’d recommend either vaping whole buds or buying your THC from legitimate sources that test their products for safety.

The Best Way to Smoke Marijuana: It Depends On You!

As we mentioned at the beginning, there’s no one best way to smoke marijuana but there are a ton of options at your disposal! Hopefully, by now, you’ve got a better idea of which method is right for you and your needs.