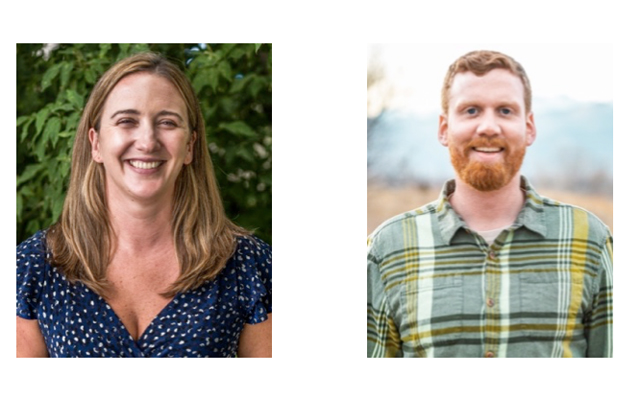 Wana Brands, America’s favorite edibles producer, announces the promotion of Stephanie Daley to serve as Vice President of Market Expansion and Mike Hennesy to serve as Vice President of Innovation. Both Daley and Hennesy have played critical roles in Wana’s continued growth and footprint expansion. Daley and Hennesy are based out of Wana’s headquarters in Boulder, reporting to CEO Nancy Whiteman.

As Wana’s Director of Remote Operations, Daley led the company’s expansion program from its headquarters in Colorado into eight additional states, including California, Illinois, Michigan, Ohio, Maryland, Arizona, Oregon and Oklahoma. Daley also oversaw Wana’s launch into three new markets including Wana’s first international market in Canada in the midst of a global pandemic that shut down borders.

In her new role as Vice President of Market Expansion, Daley oversees all aspects of Wana Brand’s growth efforts in both the U.S. and Canada. She is currently spearheading expansion into three more markets including Massachusetts, Missouri and Florida.

“Under Stephanie’s leadership, Wana grew from one market to 10, and in the midst of a global pandemic, she re-worked procedures and processes to successfully double our footprint. She’s ideally suited to support Wana’s upward trajectory as the company expands into new legal cannabis markets in the U.S. and internationally,” Whiteman said.

Hennesy joined Wana Brands in October 2014 and steadily rose through the ranks, bringing an eye for scientific innovation in cannabis. He holds a Bachelor of Science in Environmental Science and Technology from The University of Maryland, and is currently enrolled in a Master’s Program for Cannabis Science and Therapeutics at The University of Maryland’s School of Pharmacy, the first cannabis graduate program in the United States.

In his new position as Vice President of Innovation, Hennesy continues to lead Wana Brands’ ongoing work as a top producer of cannabis-infused products.

Prior to this role, Hennesy served as Wana’s Director of Innovation, where he oversaw the company’s R&D efforts, as well as partnerships involving new cannabis technologies. He led the team that developed Wana’s groundbreaking Quick line of fast-acting gummies and tinctures that utilize innovative encapsulation techniques to increase the bioavailability of cannabinoids. The result is an ingestible product that delivers faster onset and offset times than conventional edibles, with an experience similar to inhalable cannabis. Since the Colorado launch in March, Wana Quick Gummies have been ranked #3, #4 and #7 in top edibles, according to BDSA.

“Mike has led Wana’s bold innovation of cannabinoid science for the past several years, which has been another reason for Wana’s sales and market-share growth,” Whiteman said. “What really distinguishes Mike is his absolute passion for the plant and its potential to change the world for the better and make it healthier, coupled with his unique ability to translate complex scientific and technological concepts into understandable benefits. Plus, his comedic timing is impeccable.”