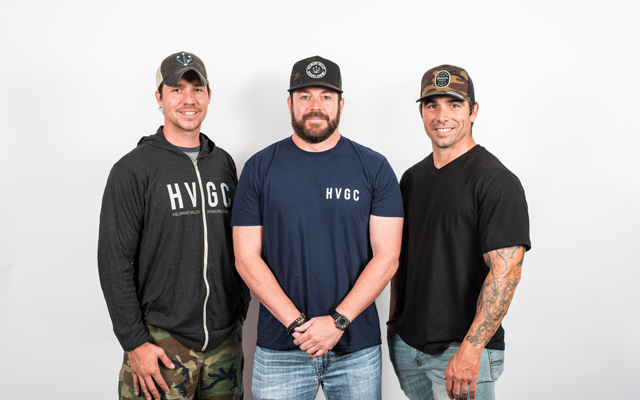 Hemland Valley Growers Company (HVGC) is a San Diego-based cannabis brand committed to combatting the opioid and suicide epidemics among our nation’s veterans through the benefits of medical cannabis. Created by three Marine Raiders who served numerous combat tours, HVGC has first-hand awareness of the daily challenges that fellow veterans face as a result of their time spent fighting for our country. One hundred percent of the brand’s profits go towards funding research on the medical use of cannabis for veterans through their non-profit arm, Battle Brothers Foundation.

In one major study of 60,000 Iraq and Afghanistan veterans, 13.5% of deployed and non-deployed veterans screened positive for PTSD, while other studies show the rate to be as high as 20% to 30%. As many as 500,000 U.S. troops who served in these wars over the past 13 years have been diagnosed with PTSD.

In 2016, HVGC founders spoke to members of Congress about the viability of medical cannabis as an alternative to the opioids military veterans were prescribed. They were advised to research data working alongside American medical doctors to build a strong case to present to Veterans Affairs (VA). After extensive research into medical cannabis and discussion with experts in the field, it became clear to the leaders of HVGC that cannabis is indeed an effective solution for those suffering with physical and mental disorders. The group was recently granted approval from the national Independent Review Board to launch an observational study on the use of medical cannabis to help combat PTSD in veterans.

Every day, 22 veterans are dying due to effects of post traumatic stress from opioid addiction to depression. Through anecdotal experiences, we know that cannabis can alleviate symptoms and provide relief. We appreciate that the IRB recognizes the validity of and the need for this study.

Medical care offered through standard treatment facilities are often addictive, opiate-based substances, leading to hindered economic and personal growth for the recipients. The findings from this first-of its-kind research study has the potential to convince all struggling veterans to make the switch from opiates to cannabis.