Hemp has been an important part of American history. Popular Mechanics called hemp a billion dollar crop back in 1938 and the Federal Government ran a campaign called “Hemp for Victory” during WWII that encouraged U.S. farmers to grow hemp. Since the Reefer Madness days of prohibition, hemp has sadly been confused with the cannabis plant and vastly under-utilized. US HEMP Co. is doing their part to revive hemp and put it back on the map, offering the world’s first luxury clothing made entirely from the plant.

“Fashion is the second most polluting industry in the world, second only to big oil. US HEMP disrupts this by creating a breakthrough fabric made from 100% hemp that reduces your carbon footprint, feels better than cotton, and helps to heal global warming,” said Brinkley Warren, Head of Business Development for US HEMP. 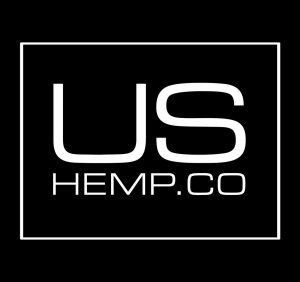 US HEMP has been developing experimental fabrics for the last six years. Experts told them that they could never make a 100% hemp shirt feel better than cotton, but they did just that.

“Hemp is one of nature’s best plants for human uses but it’s been illegal in the US for the last 75 years. Cotton clothing uses 60% of the total pesticides in the U.S. and hemp requires zero pesticides. Most American consumers still wear cotton without even knowing the negative impact it has in our environment. US HEMP will change that,” Warren said.

Warren’s co-founder Darien Brocco has 10 years of experience in the fashion industry and had been experimenting with different types of sustainable clothing. He tried using poly, bamboo, and hemp blends. No one could answer the question as to why no clothing existed made entirely from hemp.

“Up until our clothing, hemp fabrics have been stuck in the pre-industrial era and have been known to be coarser. Most hemp clothing feels like wearing a canvas sack. Not ours. Our fabrics feel softer than cotton. This is a major breakthrough in hemp fabrics,” said Warren.

Warren sees US HEMP helping the environment and American farmers at the same time.

“11,000,000 tons of textile waste enter our landfills each year. According to the Rodale Institute, Aldicarb, an insecticide used in growing cotton, is acutely poisonous to humans and wildlife, yet is still used in 25 countries, including the U.S., where 16 states reported it in their groundwater. The EPA recognizes these dangers. Each shirt you buy from US HEMP actually removes 4 lbs of CO2 from the air we breathe and revitalizes the soil instead of harming it. This is a huge benefit to American farmers and manufacturers,” said Warren. 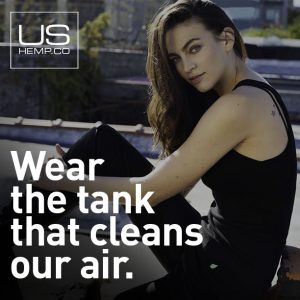 Warren also points out the benefits of wearing hemp clothing compared to that of cotton.

US HEMP clothing is made exclusively in the USA. Their factory provides many fulfilling jobs that support American families.

We take a massive hit on our margins by doing this, but to us this is life and death here,” Warren concluded.

If you care about the environment and the future of American-made hemp clothing, you can support US HEMP’s Kickstarter. A shirt from US HEMP will make a great holiday gift for the eco-conscious person in your life. If you can’t afford to donate, you can always help their campaign by sharing it on social media.