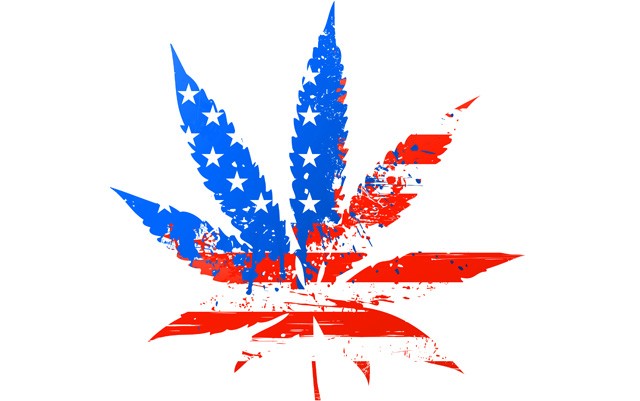 One of the most commonly brought up reasons to legalize marijuana is revenues. The tax dollars alone made in Colorado and Washington are in the millions. Think about that for a second – how many more millions, or even billions, could that be if it were federally legalized and regulated? Now tell me again why we spend money locking people up instead of making money selling and regulating cannabis?

How many people are sitting in a jail or prison sell because they had too much marijuana on their person when they were caught? Yes, some were legitimate drug dealers – and those people will always be dealt with as legalization laws regulate who can sell and distribute legally – but then there’s those kids who picked up a couple ounces for a road trip and got caught. Now they’re sitting in a cell, living off of tax payer’s dollars, waiting for their freedom. If we legalized, they would have been paying taxes to purchase the bud rather than living off of them.

#8 – Marijuana Prices Could Drop (which would increase spending elsewhere)

Do you remember how great it was last year when the gas prices started to drop? Suddenly, you were able to go out to eat an extra night that month or week – or go to the movies or build up a small savings. If there were enough demand, marijuana prices would drop – potentially significantly. Since there is already a large number of users which would likely increase with time after legalization, they would all be thrilled with saving a few extra bucks to spend elsewhere, continuing to boost the economy.

With the growing industry there will be hundreds, if not thousands of jobs created over the next several years to come. As nurseries take on growing and distribution and dispensaries need people to run their shops and the likely increase in head shops, the number of jobs is almost endless. Think about how many liquor stores there are – one day marijuana dispensaries will be just as common, it’s only a matter of time now.

There are probably hundreds, if not more, medical uses for marijuana and the components that make up the plant. From the THC having pain relieving properties that work great for arthritic patients, as well as having the appetite enhancing effect known commonly as “the munchies” which can help patients suffering from anorexia and going through chemotherapy, it also has properties extracted in the form of oil that can reduce seizures in epileptic children. Do I need to go on?

While products like tobacco, which causes lung cancer and alcohol, which leads to deaths both on the road as well as long term effects such as liver damage are perfectly legal and easily obtainable, marijuana remains illegal. There has never been a recorded overdose on marijuana, nor has there been hundreds of deaths due to car accidents and long term damage. Plus, rather than causing cancer it can be used to treat it. It’s hard to see, with all the facts out in the open, why we are still worried about legalizing this beneficial plant.

Marijuana has many uses outside of treating medical conditions and being a recreational favorite of many. The fibers of the plant are extremely strong and at one point, Hemp clothing, bags and more were extremely popular. Best of all it’s extremely eco-friendly. If given a chance, Hemp would rise in popularity once again – which goes right back to opening up jobs and boosting the economy.

With all the tax dollars spent on keeping marijuana illegal, no one seems to realize all the efforts are in vain. Those who choose to smoke marijuana will do so regardless of its illegal status. That much has been proven consistently over the past several decades. Why keep fighting against something that could do so much good for our country as a whole?

While it’s true that marijuana itself is not harmful, sometimes the situations people put themselves in to obtain it can be. Whether it’s buying from a guy you don’t know on a street corner, getting in a car to go around the block for the transaction or meeting up with someone you think you know well, there is always risk. Having dispensaries would make it much safer for those who are going to smoke regardless of the plants legal status.

I know it keeps coming back to revenues – but after the last recession do we really want to take a risk on losing out on an industry like this one? In the illegal markets the marijuana industry is roughly a 36 billion dollar industry all on its own. That’s without proper marketing, without proper sales and taxation. Why let the drug cartels make all that money, when the tax revenues can be used towards providing better education for our children, improving our communities and much more. The possibilities are truly endless.