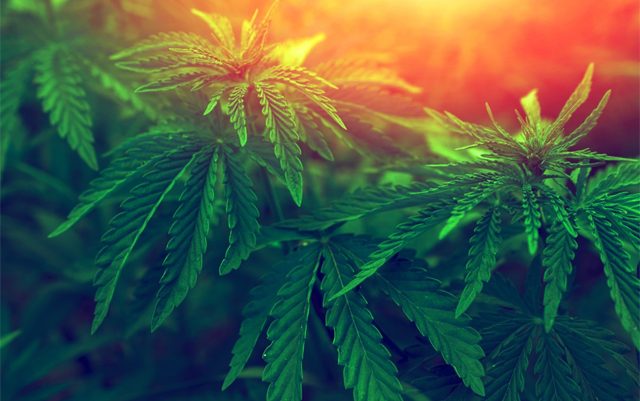 Nobody is shocked to know that the marijuana plant has a variety of benefits. We’ve compiled the weirdest uses for marijuana you never knew.

Did you know that in Sanskrit, one of the languages of Ancient India, hemp is called ganja?

And if you translate the Portuguese word for jeans — calças de ganja — literally, it is “ganja trousers” or “hemp trousers”. These days, the jeans are not made of hemp at all. They oftentimes have elastane and a small percentage of polyester blended with the cotton.

As for ganja, Jamaica adopted this word with gusto, and if you ask for ganja in many places in the world you’re certain to get weed.

We tend to think of the many uses for marijuana, besides smoking it, as being a modern trend. It’s not. It’s more of a cannabis comeback than anything else.

People are seeking to return to sustainable ways of doing things. Well, hell, if you want a shopping bag that lasts a lifetime, but is also washable and biodegradable, then hemp is your friend!

Christopher Columbus knew about hemp being your friend. Each of his ships to land on American shores had 80 tons of hemp rigging and sails made of hemp canvas.

Hemp has a distinct advantage in this case. The fiber is two to three times as strong as jute or sisal and unaffected by salt water.

It is uncertain whether people knew about hemp’s precise properties at the end of the 16th century. But they must have had a pretty good idea because Columbus and his lot also brought cannabis sativa seeds over to the New Continent.

At the time, Native Americans were also making similar things out of hemp. They used a different plant, though. They used Indian hemp, Apocynum cannabinum, a poisonous plant. Hence its other common names (hemp dogbane, and prairie dogbane) because it was poisonous to dogs.

The root is the most medicinally active part of the plant. It was used as a tonic, cardiotonic, and diuretic. It was also used to induce perspiration, vomiting, and coughing. A weak tea made from the dried root was said to expel parasitic worms.

What’s wacky is that csativa, also known as marijuana or weed, is good for many of the same things.

This is why the modern form, CBD oil, has become so popular. As science and innovation surge ahead, we learn more every day about the most effective ways marijuana can improve our health. Or at the very least, alleviate pain and inflammation.

A detailed report from 1972 bears out current thinking about weird, so-called new ways to use marijuana.

What feels totally weird, but it shouldn’t, is that you can find really good recipes for marijuana cookies online these days. Who knows? Maybe one day the supermarkets will sell cannabis-infused butter. A person can dream.

Weed is a farmer’s dream. Unlike cotton, it needs no pesticides and grows to incredible heights with very little irrigation, if any.  There is even a cool picture from the beginning of the last century of cannabis being harvested.

There are modern equivalents of such harvest scenes in what has recently become a growth industry. It is being hailed as the Renaissance of Tribal Hemp.

Wear gloves if you’re harvesting weed.  The stems of the plants are resinous, and before you know it, your hands will be very sticky. There are no online references for this piece of advice!

Systematic scientific studies of all aspects of cannabis exist. This is not weird. What’s weird is that few people know that a comprehensive study appeared 68 years ago. Its bibliography alone takes up countless pages and makes interesting reading in itself.

The main body of the work, cited as J. Bouquet, “Cannabis,” United Nations  Bulletin on Narcotics, 3 (1951), contains documented detail of historical and cultural interests that point to weird and clever uses for marijuana the world over.

We often think of cannabis and tobacco as sitting on either side of a huge divide. This was not always the case everywhere in the world.

In French Morocco, for example, Bouquet states that the Société Internationale pour la Regie cointeressée des Tabacs (the Tobacco Board) had a monopoly on the sale of chopped hemp ready for smoking (kif).

In the previous century at least, the hemp was sold in tobacco shops, but mixed with tobacco. The same was true in Tunisia. Uses for marijuana have always been diverse, it seems.

French poet Charles Baudelaire wrote a book in 1860 called Les Paradis Artificiels. Opium et Haschisch, or “Artificial Paradises. Opium and Hashish”.  A copy of this edition sold at Sotheby’s auctions for €18,750 in October 2018.

Do you think all this is too much hot air?

Perhaps you would like to soak some cannabis seeds in warm water until they are soft, mash them up a bit and then swallow. It is an excellent remedy for excessive gas in the stomach. Be warned that the side effect is a prolonged bout of flatulence.

Enjoy your marijuana and keep tabs on our blog for more insights.

Marijuana – The Uses, Benefits, And The Future