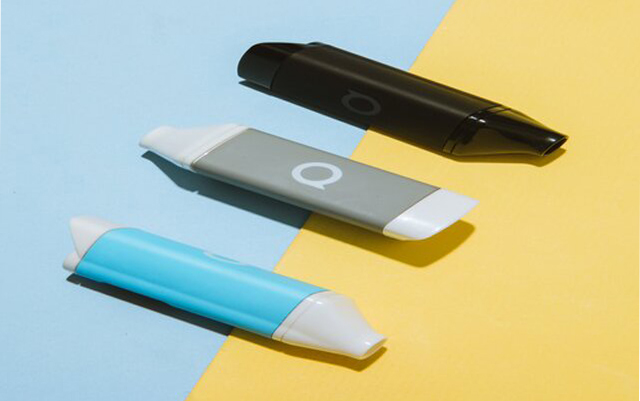 Cannabis won big on Election Day because voters know it can be an economic boom and  effectively used to treat chronic pain, but coverage often focuses on/over emphasizes recreational use. Rather than stigmatizing cannabis use, the discussion should focus on its use among vulnerable groups like combat veterans, who benefit from potentially life-saving cannabis treatment.

Philter Labs’ mission is centered around reducing the stigma for consumers who make the personal choice to smoke or vape, with micro-sized personal air filters that eliminate 97% of secondhand smoke and smell. The San Diego-based company is in the long-term fight to advocate for the health of vulnerable populations who use cannabis for pain relief, and their philanthropic arm, The PHILTER Project, was designed to create partnerships that have an immediate positive impact on local communities.

On Veterans Day, the PHILTER Project partnered with veterans’ advocacy group Weed for Warriors Project to support their work with veterans. Philter’s Veterans Day partnership is an important part of its mission to give back and support populations who receive health and other benefits from cannabis. This is the second time the PHILTER Project has focused on ways to provide relief for veterans, having partnered with the Veterans Cannabis Group in May to provide veterans suffering from combat-related PTSD free PHILTER PHLIPs.

“As a disabled veteran myself, I am passionate about the work we do to reduce the stigma of cannabis use and help those in pain, especially wounded warriors,” said John Grimm, Navy vet and CTO and Co-Founder of Philter Labs. “We are proud to partner with Weed for Warriors and support the important work they are doing.”

Weed for Warriors Project (WFWP) is a social justice lifestyle brand founded by veterans and for veterans, on a mission to ensure those who served have access to legal cannabis. The organization supports holistic rehabilitation for veterans through community-based projects, proactive care advocacy, cannabis education, and compassion. In November, Philter Labs is donating a Philter Pocket to WFWP for every product sold, giving wounded veterans a tool to medicate themselves without judgment from others.

“We know that cannabis can literally save lives in the population we serve, but legal access remains an issue for too many veterans,” said Mark Carrillo, Sacramento Chapter President of Weed for Warriors Project. “Philter understands the importance of giving people — especially those managing pain — the freedom to smoke or vape without stigma or judgment. Their support means a lot.”

This partnership expands on a number of key philanthropic initiatives for the PHILTER Project since launching this past April. In October, Philter donated 2% of its sales to METAvivor to support its mission. METAvivor is an organization dedicated to serving women and men living with stage 4 metastatic breast cancer; it remains the sole US organization dedicated to awarding annual stage 4 breast cancer research. Additional PHILTER Project initiatives include a partnership with San Diego Humane Society, which generated thousands of dollars to protect animals during California’s devastating wildfires, as well as with the Last Prisoner Project, which generated thousands of dollars in donations to further their mission of releasing unjustly incarcerated cannabis prisoners. In June, The PHILTER Project donated meals via The Okra Project to Black trans people experiencing food insecurity. Their April partnership with global reforestation non-profit One Tree Planted helped to plant over 1,000 trees in the Amazon rainforest.

Philter Labs’ next-generation filtration technology, crafted by a team of industry experts, scientists, and engineers, is specifically designed to reduce the impact of secondhand smoke and shift the culture of vaping and smoking to one that focuses on collective social responsibility. The PHILTER Project will continue to advance that mission of social impact by providing support to non-profit organizations dedicated to improving people’s lives and protecting the environment.