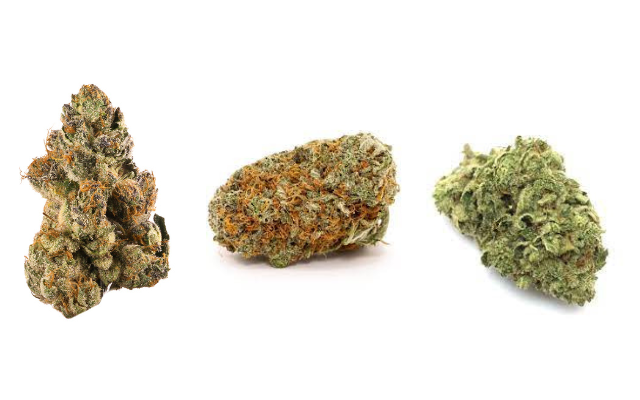 What really makes a cannabis strain popular? With so many different ones on the market to choose from, you have to start by asking what actually makes a strain “good”.  Users, of course, have to consider what kind of effects they want from the strains they choose, but it’s also about what sort of side effects they might experience, which often relates back to the indoor or outdoor environment in which certain strains are cultivated. Indoor cultivated strains tend to have a more controlled process that allows them to flourish into larger sizes with more density, which creates a higher concentration of Tetrahydrocannabinol (THC).

Then comes the question of how specific strains may gain traction to become “popular.” This, quite simply, relates back to the strength of the high — something that is dependent on the concentration of THC in the strain’s flower. The final ingredient is a catchy name that gives it marketing appeal.

Even non-cannabis users will know the cultural impact of Pineapple Express, made famous by the seminal 2008 stoner comedy. A catchy name certainly helps, but, like most things, word of mouth ultimately becomes the determining factor in what creates a popular strain of cannabis. Below, I’ve outlined the top three strains I believe have the highest buzz around them right now.

Offering the sweet and creamy flavors of the namesake it’s borrowed from, the Gelato strain of cannabis offers a blend of citrus flavors, like lavender and strawberry, with some earthy undertones. The effects are generally mellow and encourage relaxation, but can equally boost creativity and happiness.

Possible to grow both indoors and outdoors, Gelato not only offers recreational benefits, but can also help with chronic health conditions like pain and inflammation. Its comfortable high still allows normal mobility from users, which can help those who struggle with anxiety and depression, who still want to be able to function with daytime usage.

Named after the sticky resin that coats the blades of scissors or trimmers when collected, Gorilla Glue is a dense, pungent cannabis strain that packs a punch. It’s flavor is a blend of sweet and earthy that can also taste chocolatey.

Gorilla Glue is usually the choice for those who want to relax after a workday, or for people who struggle with insomnia and depression. While it can be used for recreational or medical uses, its powerful THC concentration means it can kick in very quickly and potentially cause users to rapidly experience side effects, so it’s best used when there aren’t any plans for the day ahead.

This strain has a delicious name for a reason. Named for its taste, which is akin to the Girl Scouts’ famous thin mints cookies, this strain not only offers a tantalizing, euphoric high, but is often enjoyed as an after-dinner sweet treat. The high can last for hours and take you through spells of tingles, giggles, and creative realizations.

The Girl Scout Cookie strain is a popular choice for those suffering from chronic pain, migraines, or depression. It also has the benefit of resulting in fewer side effects than many other strains, which has helped make it one of today’s most popular and sought-after cannabis strains.

While these are my top picks of the moment, all it takes is some excited chatter to boost the popularity of a different strain and determine the next flavor of the month.