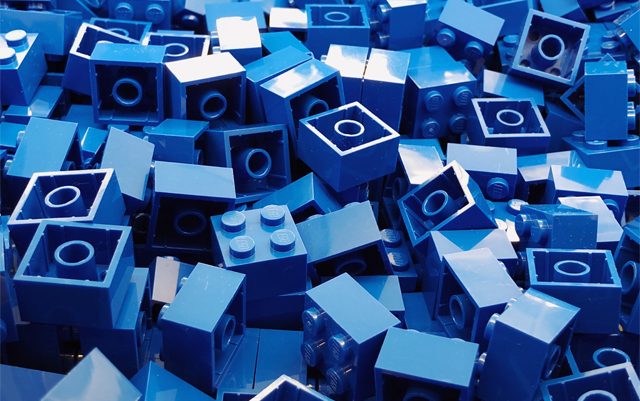 Imagine a perfectly square box. Now imagine that the box is filled with neatly stacked Lego blocks in such a manner that every centimeter of space within the box is filled with stacked Lego blocks. Do you have your filled Lego box in your mind? Good, now turn it over and shake it until all of the Legos have fallen out and crashed to the ground, stacks coming apart and flying in every direction.

What are you left with? An empty box and scattered, disconnected Lego blocks. Now let’s say you want to get the Legos back in the box, but instead of stacking them neatly, you just start tossing individual blocks in the box. What’s going to happen as you fill the box?

You will eventually run out of space and still have many blocks left over. This is a long metaphor, but one that I think is apt when it comes to the history of cannabis in the U.S. Before prohibition, cannabis was a box full of neatly stacked Legos. Prohibition was the shaking and dumping of the Legos out of the box. And now, with legalization, we are dumping Legos back in the box one or two at a time.

This is a topic I write and talk about a lot on our video news show, “Cannabis News”. To take the metaphor a step further, imagine having to get the opinions of all the people around the box as to what blocks will be thrown back in and at what intervals. And then in some cases, the people near the box elect representatives to decide on how the blocks go back into the box.

The problem, of course, is that the box should never been dumped in the first place. Now that it has, everyone around the box needs to add their two cents as to how the blocks go back in. The once neat stacks of blocks give way to randomly stacked blocks that won’t all fit in the box.

I know what you are saying: The people deciding on the blocks is democracy, the greatest system of government ever devised. Fair enough, but I submit that the problem isn’t so much the system as it is the amount of power those in the system have. Any system that has the power to allow strangers to make personal decisions about your life that are enforced at gunpoint is a system that has acquired too much power unto itself.

Why does your dumb neighbor who never returned your hedge clippers and gets the paper in the morning with his bath robe swinging open get a say in whether or not you are a criminal for using marijuana in your own home? Not only does he get a say, his say is equal to yours. You each get one vote. That seems like a fair way of doing things until everyone is voting on your personal business.

I was reading a story today about the demise of adult-use legalization this year in New Mexico. Near the end of the article, news station KOB 4 in Albuquerque showed some quotes from random people they talked to in town about legalization. One guy that was not named said, “”The state thinks they’ll get a bunch of money, but it costs a bunch of money to have marijuana legal.”

My apologies, but this is stupid. It’s a nonsensical statement with no basis in reality used to justify the continued imprisonment of innocent people. This man is as ignorant as possible about cannabis, which in and of itself is not a problem. The problem is he gets to vote on the criminality of cannabis in New Mexico, whether at the ballot box or through the moron he voted to represent him.

He gets a say on whether or not total strangers get to make a decision he will never face any consequences for, is not qualified to make and has no business making.

We have become fine with dummies throwing Legos randomly back in the box. Even worse, it’s our box of Legos. After strangers have filled it haphazardly, we’ll be left with the results as they move on to another box to post Tweets about.

The history of democracy and our Republic shows that – so far – the best way to decide things is to get everyone’s input, but when the things being decided are the personal business of individuals, democracy is just a bunch of stupid people running your life.

It is your box and they are your Legos, but you are no longer the sole decider of how your box is filled. As a result, your floor will forever be filled with stray Lego blocks you’ll be stepping on in the middle of the night.