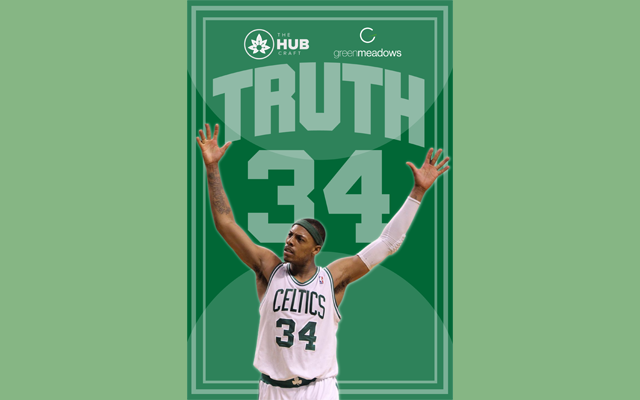 Green Meadows, a cannabis company based in Southbridge, Mass., today announced that it has been chosen by The Hub Craft to be the exclusive cannabis cultivation, production, packaging and sales partner for the launch of several celebrity-branded pre-roll joints and concentrates in Massachusetts. Celebrity-backed brands include Boston Celtics star and NBA Hall of Famer Paul Pierce’s TRUTH34, acclaimed author and reformed drug trafficker Freeway Rick Ross’s Freeway; and NBA legend and Hall of Famer Gary Payton’s Payton’s Place, among others.

The Hub Craft chose Green Meadows as the exclusive partner due to its organic, low-to-no chemical production methods that are better for the environment and consumers.

“We are launching in the Massachusetts market with a model that is based on long-term environmental sustainability,” said Howard Tanyu, Chief Executive Officer at The Hub Craft. “In Green Meadows, we found a partner that shared those same values, so it wasn’t a hard decision to choose them as a supplier for this important project.”

TRUTH34, a mashup of Pierce’s nickname and jersey number, is the first in a line of celebrity brands being launched under the collaboration between Green Meadows and The Hub Craft. The TRUTH34 brand currently carries half-gram pre-roll joints, one-gram infused pre-roll joints, and solventless bubble hash available now at Green Meadows Southbridge dispensary, and rolling out across other dispensaries in Massachusetts over the course of the year. To celebrate the launch of Freeway and Payton’s Place, fans can meet Gary Payton and Freeway Rick Ross at Green Meadows’ Southbridge dispensary at 64 Mill St. on April 19th.

“This is the first licensing agreement we’ve inked since launching our own product last year, and for The Hub Craft to entrust us and bring us into their celebrity partnerships makes it that much more exciting ,” said Rob Patton, co-founder and CMO, Green Meadows. “We’re committed to doing what’s right when it comes to organic, sustainable cultivation and low-to-no chemical production, even if the initial cost is more expensive. We believe superior and differentiated products are better for business and the community, and we’re excited that our partnership with these celebrity brands enables us to expand that mission.”

The cultivation team at Green Meadows leans into the principles of Korean Natural Farming which strive to create an ideal environment for microorganisms and plants to grow. Green Meadows leverages “living soil,” which uses indigenous microorganisms (IMOs) and plants, animals, and minerals from the local environment for feeding cannabis plants. The end result? The richer the soil, the richer the flavor and aroma profiles of the terpenes, deepened distinction between strains, rich flavor that persists even at the bottom of the bowl.

Green Meadows’ organic cannabis is grown in its 35,000-square-foot cannabis production facility that sits in the same restored 19th century mill building as its dispensary, bringing a whole new meaning to locally grown. The large production space has been designed to deploy organic and environmentally responsible methods, which include a patent-pending fertigation system to maximize purity and efficiency, and an integrated pest management program that exceeds Clean Green Certification standards, as well as new processes for fertilizer use, propagation and soil blending.

Even though it makes cannabis products more expensive to produce, Green Meadows is committed to a natural, low-to-no chemical cultivation and extraction, which includes avoiding the potentially dangerous industry practice of using hydrocarbons for extraction.