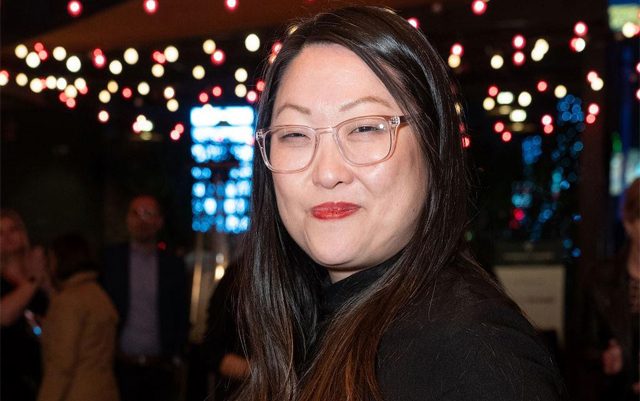 Lifelong New Yorker Kristin Jordan witnessed the Empire State’s shift in cannabis perception up close. The lawyer and real estate professional has also seen the change up close in Manhattan and her hometown upstate, as well as in her family and growing cannabis community.

With a wealth of expertise and a difficult to rival drive, Jordan is one of the few in the space who works on the frontlines of both New York state advocacy and one of the largest names in American cannabis. Now in her 23rd year of practicing law, Jordan continues to juggle several demanding roles. Often, she does so with the support of her cannabis community and the shared ethics it has instilled in her along the way.

Growing up in Syracuse, Jordan learned about community at an early age. The daughter of Clarence Jordan, who was Executive Director of the Rescue Mission Alliance for over 40 years, Jordan and her three siblings grew up serving those in need in a variety of ways. “We grew up with an understanding that it was incumbent on us to be part of the community and to help serve,” Jordan recalled.

Jordan, as well as all her siblings, are adopted people. Kristin and one other sibling were international adoptees, while the two others were born in the United States. Now under one roof, the family would be raised in an evangelical household. Needless to say, cannabis wasn’t much of a welcome topic growing up.

However, as she would mature, Jordan began to learn about the plant. From there, her own perception began to change. By 2015, the state had just passed the Compassionate Care Act. Kristin was being prodded by certain friends and colleagues to stop making money for millionaires and start something for herself. Just as she was turning 40 that year, and after previously representing clients in the hospitality industry as an attorney, she saw an opportunity.

Jordan had been volunteering with the international adoptee support nonprofit Also Known As. While using a friend’s law office for an Also Known As event, Jordan realized the license application process for cannabis ventures was similar to liquor licenses. “I presented them with the idea of doing medical marijuana license applications for the emerging industry here in New York.” From there, Jordan was on her way to understanding the complex cannabis community.

She would join Newman Ferrara LLP, a predominantly litigation and real estate firm, in April 2015. As the only one starting the practice’s cannabis services, Jordan sought out ways to raise her profile and educate herself.

Partnering with focused industry groups, the legal expert would hold monthly events at the law office. During one Q&A session, Jordan said a few men of color brought up the lack of black men and women leading cannabis companies. “It really is as naive as it sounds,” said Jordan of her oversight. “It really hadn’t occurred to me how important it was to recognize that the war on drugs had really decimated communities…and it ties back to this nascent industry.”

Out of this experience came a commitment to be part of the change for fair access and legislation. Jordan would become a founding member of the Cannabis Cultural Association (CCA) in 2016. Calling herself and the founders “a loose group of folks who were very value-aligned and like-minded”, the CCA aimed to help those most affected by the drug war. Jordan explained that the CCA focused on such communities by preparing citizens with knowledge on becoming patients and applying for business licenses and creating generational wealth.

In 2017, Jordan stepped back from the CCA to focus on other professional endeavors. After moving on, she saw a need not being addressed by the current direct-to-consumer groups. She saw a need to provide education to the masses.

Jordan explained, “What I didn’t see happening in New York was education for professions and professionals who would be supporting the cannabis industry,” said Jordan. They included her own expertise – real estate – as well as marketing and insurance.

To fill the gap with a solution, Jordan launched Mannada in 2018. The midsize series of conferences and networking events centers on industry education via panels and guest speakers. Events include the Cannabis Law Summit and the Cannabis Media Summit, which this writer took part in during 2019.

The name Mannada comes from Jordan’s birth culture, Korean, and serves as a bid to make cannabis more accessible to the Asian community. Jordan also chose the name for another reason tied to U.S. federal laws. “I chose a non-cannabis name because we were fearful about having our bank account closed because that had happened to me in the past when I had a hemp consulting company.”

Soon after Mannada launched, another venture would come into the picture. The Maze is a weekly event guide aimed at informing the cannabis community of advocacy and industry events in the New York and Boston areas.

In November 2019, Jordan would accept the role of Director of Real Estate with one of America’s largest cannabis companies, Acreage Holdings. Building out the company’s department is both exciting and quite challenging, according to Jordan. Explaining that the work changes each day, she said the responsibilities are much like managing a real estate portfolio. However, Jordan was quick to point out, “but unlike any other sort of portfolio that I’ve ever managed, we are a highly regulated industry with an ever-changing dynamic regulatory process in every state, down to the municipal level.

When asked, Jordan admitted that finding a balance between all the work can be difficult. “I am not sleeping very much. I, unfortunately, don’t get to see my husband as often as I’d like. But I’m fortunate in that I’ve been doing this for a long time.” Through that long time, she has obtained a wealth of industry connections and friends she considers “a wonderful network of support.”

That support extends to her family, which includes some of her siblings receiving their own medical cannabis cards. Before his passing, Jordan’s father took pride in her work, and her mother continues to do so to this day. “They appreciate that we are serving and care about the same communities,” she explained.