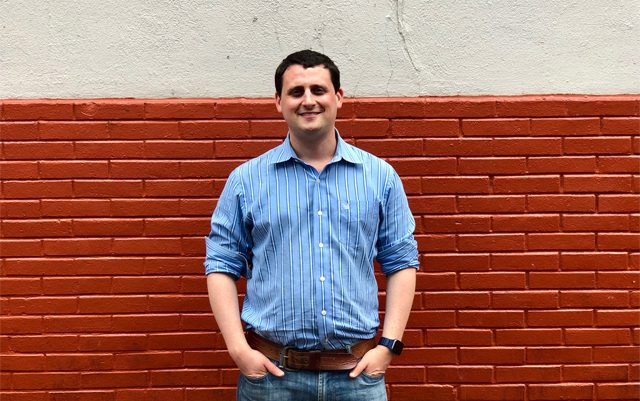 Walking the line between advocate and entrepreneur is one the cannabis industry tends to handle better than most industries. One of the better examples of such is Evan Nison. The longtime cannabis advocate never planned to work in cannabis at all. A decade or so later and that plan has changed a bit. Today, Nison’s resume includes launching various successful companies, advocating for reform and even asking Hillary Clinton about the issue of legalization on national TV.

The journey began soon after Nison started to consume marijuana. “I initially got involved in advocacy soon after I started consuming cannabis when I realized that everything I was told was a lie,” he explained. He said it “just struck him as a no-brainer” from a policy standpoint, but the public’s perception did not match the reality for cannabis. He sought out to change that.

College advocacy work, including serving as President of Ithaca College’s Students for Sensible Drug Policy, would lead to founding his own organization, the New York Cannabis Alliance, for which he serves as director. He also became the youngest member of the board for the National Organization for the Reform of Marijuana Laws (NORML). In 2015, he returned to SSDP as a member of its Board of Directors, which he continues to serve on as well.

Work along the way included organizing Republican districts around Ithaca. “That was the role that I sort of viewed myself as playing while I was up there,” Nison said. He elaborated about the work, saying, “Through the nonprofit I started, which was the New York Cannabis Alliance, we really organized Republican areas…We were definitely organizing and targeting those more difficult legislators in the Senate particularly. That also is incredibly effective because not many people were driving up and getting signatures in their districts before. So, all they were hearing from were their opponents.”

Working up the ranks in nonprofit advocacy, he says he got into the industry accidentally around six years ago. His first business was the PR company NisonCo, where he serves as founder and president. Expansion soon followed to include working with Whoopi Goldberg and Maya Elisabeth as co-founder and chief financial officer of their female-focused line Whoopi and Maya. He also has a cannabis tour company in the Bay Area and just recently opened a smoke shop in New Jersey with a friend adversely impacted by cannabis regulations.

But going from advocate to entrepreneur was “accidental”, according to Nison. He initially got involved in the business by supporting a hemp bill in New Jersey. He became a registered lobbyist in New York and New Jersey. “I made it clear that I would be lobbying for legalization generally, not any specific company or going against the mission of NORML and SSDP, and they were still cool with taking me on.”

But his role would shift from strictly lobbying. “I wound up sending them a lot of reporters that were coming to me as an advocate for quotes about advocacy things. They also got me PR tools and asked me to focus on PR in addition to lobbying.” That work led to NisonCo’s first 30 clients, all from word of mouth. Nison mentioned the company is the largest cannabis-specific PR firm today. NisonCo has 19 employees focused on cannabis reporter outreach alone.

Whether working as an advocate or branding and communications, changing the perception to make an impact is something Nison understands. He explained how he did so in his early days of advocacy by wearing a suit in a room where not many did. “That itself was almost a statement,” he noted. Beyond looks, it’s framing that matters. Nison explained how Drug Policy Alliance Founder Ethan Nadelmann points out data that shows words with the letter “z”, like legalize, lead to drops in polling points.

Nison also pointed towards his efforts in California with Prop 19 and the lessons from its defeat. While helping coin the phrase “tax and regulate”, they also learned that shifting from the term ‘marijuana’ to ‘cannabis’ had positive effects.

The same went for on-camera appearances. “We only put what we call ‘non-traditional allies’ in front of the cameras, in front of reporters. Meaning, police judges, mothers, people like that. People who a typical citizen at the time wouldn’t think would support legalization.”

Now living in Northern New Jersey and traveling all over, Nison sees the shortcomings of the tri-state area’s legalization efforts as a setback. Yet, he still sees excellent opportunity, especially for Northern New Jersey under certain circumstances that he foresees playing out. “I still believe that North Jersey will be the largest cannabis industry per capita for a brief period of time. That assumes New Jersey legalizes before New York, but I still believe that is likely going to be the case. Not a vastly higher percentage, but I think it is more likely, maybe 50% or 60% more likely, that New Jersey legalizes before New York.”

Nison has been part of groups advocating New Jersey’s lawmakers since before the inauguration of its current Governor Phil Murphy. He and others sought to educate legislators on the social and criminal justice components of cannabis legalization. As such, he is not entirely disheartened by the news in either state.

“Even though legalization has been stalled, I think it’s an incredible signal that New Jersey and New York sends delaying it for those provisions. I’m confident we’ll get over those humps, but I really do think that that should be an integral part of legalization, even if that means it takes an extra few months.”

Today, Nison continues to advocate for the social and economic gains of an industry he never thought he’d find himself in. He now sees immense opportunity in social entrepreneurship. “I think that everyone could win if we work together to develop an industry that has the values that the movement has.”