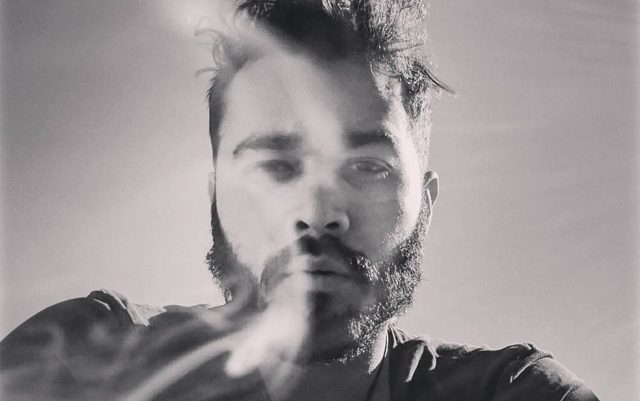 Founder and chief conspirator Daniel Saynt brought the idea to life roughly five years ago. The 36-year-old Saynt explained how a divorce from his wife led to a bout of loneliness and a need for intimacy without wanting to date. This led the then Nylon Magazine digital professional to use his spacious apartment as the first of what would become many clubhouses in NSFW’s history.

Thus began an exploration of intimacy, touch and, above all else, consent. Saynt, a closeted bisexual man at the time, learned from attending sex clubs and gay spaces that more queer-inclusive venues were needed. He added that he always knew cannabis and sex would be central to that community.

The inclusion of cannabis comes from more than just Saynt’s preference for the plant. “There were a lot of elements that came from my belief in the importance of cannabis as a way to heal and to bring people together.”

While his own Bronx, New York upbring in the Jehovah’s Witnesses forbade consumption, the religion also had Saynt and other children learn their bible. They were instructed to learn about other religions as well. Saynt said with a laugh that this was so that Witnesses could tell people why their religious choices were wrong. Over his years of studying, he found plenty of references to cannabis in biblical texts. For him, this served as further proof that the plant served as a healing property made by God.

Those references were the closest he’d come to cannabis for some time, however. He recalls how a combination of a closed off community and non-Witness family members dealing with drugs created a restrictive environment. “I had family members who were not Witnesses who were dealing with drug abuse and going to jail for cannabis-related crimes. So, there was just this overarching fear of anything that was related to sex or drugs in my family.”

He explained that he discovered cannabis in his teens, but wouldn’t gain an appreciation for it until his early 20s.

At age 18, Saynt left the religion. His interest in cannabis would soon turn into more frequent consumption of the plant. His fondness for kink would come into play around this same period. Over time, he realized how well the two worked together. “There’s a lot of elements in cannabis that work for aftercare. There’s a lot of elements of cannabis at work for getting excited for sex, increasing libido, making you more social, more likely to lessen anxiety.”

By 2014, when NSFW was just beginning, Saynt continued working his day job at Nylon while serving as NSFW’s chief conspirator. Popularity for the club would soon grow. Applications would come trickling, then pouring in. Publications began picking up the news about the club and Daniel.

For a while, the chief conspirator remained anonymous. Then, a story about the business of NSFW was slated to come out. “I really couldn’t hide it at that point,” Saynt recalled. “So, we went full fledge.”

His bosses weren’t fond of Saynt’s growing side business. So, they parted ways. At that point, Saynt embraced a new career. “I’m running this whole sex club cannabis club thing.”

Membership continued to grow steadily in the years following. Today, NSFW boasts roughly 2,000 active members, with upwards of 100 applicants coming in each day.

Regardless of the type of event a person attends, NSFW aims to provide a safe, judgement-free space, according to Saynt. To ensure this is this case, consent lessons are often taught before beginner events and encouraged throughout the night. The dress code is also part of the judgement-free environment. Saynt chose to deviate from the more lavish dress code some clubs employ, instead opting for all black.

“I wanted to create that space where a person can go in and almost be anonymous, but still feel like they’re part of the community,” Saynt said of the attire. “Like no one’s gonna really know who you are.”

At NSFW, Saynt and his team aim to cater to a sliding scale of preferences within the cannabis and kink community. Whether a person attends a cannabis-centric event, a kink-centric event or something in the middle, the goal remains the same for the club, according to its founder. He said this goal includes putting attendees on a path to sexual enlightenment while feeling comfortable about themselves in an accepting community they may not find elsewhere.

Such acceptance is not always felt by the community at large, however. Over the years, numerous NSFW locations have been shuttered for one reason or another. The previous location in downtown Manhattan was threatened with immorality clauses by a landlord. In another, Saynt was arrested in May 2019 during an off-night when he was at the clubhouse alone.

“It’s a constant fight,” Saynt explained. Struggles include being banned on video and social media platforms, as well as losing payment processing through services like PayPal and Stripe.

Despite the issues, acceptance for cannabis and sex positivity remains the prime focus. That said, while marijuana’s popularity has grown steadily in the public eye as of late, sex lags behind in most communities. Saynt believes lag adversely impacts men and women alike. In one case, men are often taught to remain quiet about their feelings, including sexual desires. Meanwhile, women rarely have a safe space to celebrate their body in any fashion, much less unclothed.

While he hopes NSFW helps bridge this gap in some ways, Saynt believes sexual acceptance and equality is still several decades away.

With NSFW thriving, expansion is possibly on deck, with locations into other markets that may one day be announced. Other plans include a possible TV show and a branded strain of cannabis created with Cherry Kola Farms aimed at increasing libido.

The club is also focused on making change in New York City. Plans for a PRO SEX Act are underway. The act would call for protecting the rights of the sexually explorative within the city. The group conducted their first rally two weeks ago and plans to introduce the bill in January in the city’s Congress.

Saynt expects pushback, as usual. However, he hopes the eventual passage of the bill would protect rights while allowing businesses like NSFW to find secure banking solutions like any other legal entity.

With many projects in the air and the threat of closure always looming, Saynt and NSFW move forward championing responsible adult experimentation of many varieties. It almost seems like such concerns aren’t a concern, with all the positivity amongst the community. This mentality may be due to what Saynt has seen being born out of NSFW.

“I can see the results of it helping people. I see people’s lives changing and they’re changing for the better,” he stated. “That shouldn’t be something we have to lie to people about.”