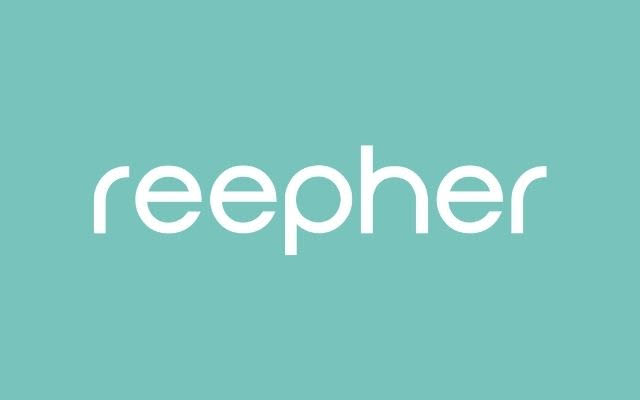 Nobody doubts that alcohol adversely affects driving. If you ask people about driving with cannabis, however, you’re bound to get a boatload of responses.

While research into “riding with reefer” is ongoing, pot does not improve a driver’s skills. Unlike what some consumers want to believe, recent data shows consuming cannabis negatively impacts driving. Recreational and medical consumers need to be extra careful about when they consume and never drive under the influence of cannabis.

There may not be mountains of data on “high driving,” but a few trends have emerged in recent years. A quick review of the latest research should help thoughtful users understand the risks of using weed behind the wheel.

Do Cannabis Laws Lead To More Crashes? — What The Data Shows

Establishing causation is always tricky; especially when researchers are dealing with a federally illegal drug. However, new evidence suggests that states with recreationally legal cannabis laws have more police-reported crashes.

Indeed, this was a crucial finding in a new IIHS report that analyzed collisions in six states between 2012 – 2016. Three of these states—Colorado, Oregon, and Washington—have cannabis laws that allow recreational use. The nearby control states (Idaho, Nebraska, and Utah) forbid recreational weed.

According to IIHS analysts, the states with legal weed experienced an average increase of 5.2 percent in traffic crashes. Interestingly, collision stats in states without recreational pot dipped by one percent.

These IIHS findings are similar to those in a 2018 report by the Highway Loss Data Institute (HLDI). Instead of tracking police-reported crashes, the HLDI examined average collision claims in states with and without recreational weed. The HLDI’s data found that Colorado and Washington State experienced a significant increase in crash claims versus nearby non-recreational states.

As state governments looked closer into this issue, they discovered something quite alarming—cannabis isn’t the sole culprit in most crash cases. These findings have led many state officials to propose a new DUI category: “poly-drug driving.”

What Is Poly-Drug Driving?

“Poly-drug driving” is precisely what it sounds like: driving under the influence of two or more drugs. This classification is significant to know because it’s the primary reason drivers who test positive for cannabis get into fatal crashes.

Both the Washington Traffic Safety Commission and the Colorado Division of Criminal Justice have raised concerns over the correlation between poly-drug driving and crash fatalities. Washington State claims that 44 percent of drivers involved in deadly crashes had more than one drug in their system. In 2016, poly-drug driving contributed to 2,264 Colorado collision cases.

By far, the most common combination of drugs is alcohol and THC. Indeed, Colorado found that just 15.5 percent of poly-drug crashes in 2016 didn’t involve THC and liquor. When Colorado officials detected THC in a driver’s bloodstream, there was a 70 percent chance they also had alcohol.

A 2016 AAA study supported all of these state-sponsored findings. After pouring over hundreds of THC-related DUI reports, AAA found that 23 percent had just cannabis in their system. All of the other cannabis DUI cases had both alcohol and THC.

Even the US Department of Transportation claims that drivers who took alcohol and cannabis are at an 8.4-times greater risk of getting into a fatal crash. These findings strongly suggest alcohol plays a crucial role in fatal cannabis-related crashes.

How Does Alcohol Affect THC?

Since alcohol plays a significant role in THC-related collisions, many scientists are interested in how these drugs work together. In fact, the American Association for Clinical Chemistry (AACC) conducted a trial examining this very issue.

For this study, researchers gave adults one of three vape cartridges. The first group had a placebo, while the other two inhaled varying amounts of THC. Shortly afterward, each participant was given a tiny amount of alcohol or a placebo.

When scientists analyzed the THC in each person’s bloodstream, they discovered the total THC concentration was highest in those who vaped and drank alcohol. For instance, people who took the higher dose of THC plus alcohol had 67.5 µg/L THC in their bloodstream. On the flip side, those who just vaped a high-THC strain had 42.2 µg/L THC.

While doctors are still investigating these drug interactions, the study indicates alcohol intensifies the effects of THC. Findings like these help explain why alcohol plays a prevalent role in cannabis-related crash fatalities.

Is It OK To Take THC Before Driving?

Since cannabis crash fatalities are closely associated with alcohol, some people assume that THC isn’t a serious threat. In fact, a survey out of Washington State found that only 36 percent of pot smokers said cannabis negatively affects driving. For comparison, 77 percent of non-cannabis smokers said weed weakened driving skills.

This survey also revealed remarkable differences in how various age groups felt about cannabis and driving. Generally speaking, the younger the driver, the less likely they expressed concern over weed’s effects. Over 50 percent of respondents aged 15 – 20 said cannabis improves driving skills. Only 13 – 17 percent of drivers aged 21 – 35 agreed with this statement.

There seem to be two reasons some people dismiss the ill effects of THC. The first has to do with alcohol’s involvement in many cannabis crashes. The second (and arguably more common) explanation has to do with the “lack” of scientific research.

Because cannabis is federally illegal, it’s still not particularly accessible for testing purposes. Indeed, it’s only in the past few years that reputable universities have been able to study the intricacies of marijuana cannabinoids.

However, there are enough high-quality, placebo-controlled studies that show THC adversely affects a user’s motor skills. For instance, the AAA study mentioned above found that cannabis smokers had weaker scores on field sobriety tests. Also, research out of the Netherlands discovered that drivers who vaped THC or THC and CBD had worse lane weaving than drivers who took CBD or a placebo.

A recent Boston University trial also examined the effects of low-dose THC, THC and CBD, and CBD on a driver’s psychomotor skills. The data from this study showed that THC and the THC/CBD mix weakened a person’s driving ability.

So, despite what many consumers want to believe, THC will put you in danger while driving. Even the cannabis advocacy group NORML admits that THC has “acute” effects on driving performance.

These negative effects are most pronounced in younger and inexperienced cannabis smokers. As evidenced by the survey results above, consumers in their teens tend to underestimate weed’s effects on driving abilities—often resulting in tragic consequences. Indeed, NORML reports that drivers between 18 – 25 are most likely to take risks like driving after consuming pot and alcohol.

How Much THC Is Too Much Before Driving?

Although many trials suggest THC affects motor skills, it’s impossible to figure out an average “THC threshold.” Indeed, the Mayo Clinic recently said traces of delta 9 THC could be in a person’s urine four hours after taking marijuana. Experienced tokers may have THC in their body for weeks after smoking cannabis. Therefore, THC levels could appear elevated long after the “high” wears off.

Unlike alcohol, cannabinoids and THC-related metabolites have a relatively long half-life. This makes tracking THC levels a tricky way to assess a person’s driving skills.

Given all of these complications, it’s near impossible to recommend a “safe” cannabis dosage. For the time being, NORML urges responsible cannasseurs to refrain from driving after using a cannabis product. Cannabis consumers should only use weed when they don’t have to drive for a long period of time.

Even if you’re a responsible driver, please remember that THC has a long half-life. There’s always a chance your THC level may be above the tolerated limit, especially if you consume regularly. To help cannabis consumers deal with this risk, reepher offers up to $15,000 in dui coverage. Click here to learn how you can protect yourself for the price of a pre-roll.

Predictions for the Cannabis Industry in 2023