This year, nine states will consider adult-use marijuana and as lawmakers are looking to law enforcement for much needed data on how things are faring for states with legalization, there are Senators who disagree with the premise of ending the War on Drugs altogether.

“Good people don’t smoke marijuana,” stated the Republican Alabama Senator Jeff Sessions at The Senate Caucus on International Narcotics Control meeting on the state of recreational marijuana on the Hill on Tuesday.

A former attorney in the early 80’s during the Reagan administration, Sen. Sessions was the most outspoken against marijuana at last week’s caucus meeting titled, “Protecting the Public from the Impact of State Recreational Marijuana Legalization.” The title alone has anti-pot biases, but framing the discussion through the name of the hearing is common practice in Congress.

“[The War on Drugs] was a prevention movement — it really was so positive and it led to this decline. That creating of knowledge that this drug is dangerous, you cannot play with it, it’s not funny, it’s not something to laugh about and trying to send that message with clarity that good people don’t smoke marijuana,” said Sen. Sessions.

“I think one of [Obama’s] great failures,” Sen. Sessions continued, “it’s been obvious to me, is his lax treatment and comments on marijuana. It reverses twenty years …of hostility towards drugs begun when Nancy Reagan started the ‘Just Say No’ program.”

It’s a rare glimpse into the staunch anti-marijuana, pro-War on Drugs political world and a wake-up call to pro-pot advocates that their message is not far-reaching enough.

“This is as obvious as night following day, you make more marijuana more available you basically say it’s not very dangerous and that young people have a right to participate with it and us older people do too, you’re going to have more problems,” said Sen. Sessions in his anti-pot rant.

The Reagan-era Senator from the South wasn’t the only Senator grilling witnesses on marijuana reforms, Co-chairs Sens. Chuck Grassley (R-IA) and Dianne Feinstein (D-CA) also addressed their concerns on state regulated marijuana at the caucus meeting.

Sen. Feinstein’s questions focused on the Cole memorandum. The memo outlines eight priorities to guide all U.S. States Attorney’s in enforcing the Controlled Substances Act when it comes to marijuana-related activities. Some of the activities include; preventing distribution to minors and cartels, preventing violence in cultivation and distribution of marijuana, and the “exacerbation of other adverse public health consequences associated with marijuana use”.

Sen. Grassley voiced his skepticism of the Cole memo being specific enough to guide law enforcement on both state and local policies. “Seems to me,” said Sen. Grassley, “when you talk about a range of factors [it’s] a far cry from the metric that we need when the Cole memorandum says you’re going to take action.” Sen. Feinstein voiced her agreement with the sentiment.

Testifying and answering the Senators’ questions at the meeting was Benjamin B. Wagner, U.S. Attorney of the Eastern District of California. When Sens. Sessions and Grassley turned up the heat on pot he kept his cool, never revealing his personal feelings on marijuana. Instead, reminding the panel of Senators that it’s his job to enforce the laws, not take public sides on any political issue.

The other Democratic lawmaker in attendance was Sen. Sheldon Whitehouse (D-RI) who threw some softballs the witnesses, acknowledging the Catch-22 when it comes to enforcing state and local laws yet offering no solutions. “You’re in a pickle,” he said, “waving the Cole memorandum in their face isn’t going to help them.” Sen. Whitehouse explained that as he sees it, without a national standard on marijuana enforcement it’s difficult to outline a single national standard and that has driven U.S. Attorney’s into a place where they are not as helpful to local officials.

The other witness on the first panel was Jennifer Grover, Director at the Homeland Security and Justice U.S. Government Accountability Office (GAO). She joined U.S. Attorney Wagner in his request for more state data and then went a step further in recommending the Drug Enforcement Agency (DEA) make a plan with data and limitations. It’s a plan the DEA has now agreed to, but not before their initial pushback — saying they didn’t see the benefit in preparing a formal written plan.

On behalf of the GAO, Grover said she wants federal officials to submit their data set needs and how it would be used to evaluate the effects of state marijuana legalization relative to enforcement priorities. Wagner added how law enforcement and the public would benefit from a public web portal of the data, but he’s concerned that some states have more reliable information than others. To get a true baseline he wants data from all levels of government to get an idea of the trends as they are happening.

Data is key in discovering new trends and public opinion on cannabis. But, until state data is analyzed and the ban on scientific research is lifted, lawmakers like Sen. Sessions will rely on the Reagan and Nixon-era anti-marijuana rhetoric of yesteryear to make their decisions based in ideology rather than science. (Ideology getting in the way of science is a phrase coined by Sen. Kirsten Gillibrand (D-NY) when promoting her sponsored rescheduling legislation called the CARERS Act.)

Sen. Sessions made it clear that he was personally offended by any marijuana use. He was enraged that the pro-marijuana movement is derailing all his life’s work into the War on Drugs.

“Emotionally and personally, to see the possibility that we would reverse the progress that we’ve made and let it slip away from us – lives would be impacted, families will be broken up, children will be damaged, because of the difficulties their parents will have and people would maybe be psychologically impacted the rest of their lives with marijuana,” said Sen. Sessions of his life’s work on the War on Drugs.

Clearly, Sen. Sessions is invested in the War on Drugs, specifically marijuana. However, there is research showing more and more that opiates are becoming a huge problem for many in America and the U.S. Attorney addressed the issue at the meeting

“Our focus is on opioid and heroin use which has been quite an unfortunate upturn in overdose (from) prescription pills,” Wagner reminded the Southern Senator.

The staggering number of opioid-related deaths has demanded attention in recent years. Most recently, President Obama announced his administration’s new efforts to address prescription drug abuse and heroin use in the public and private sectors. 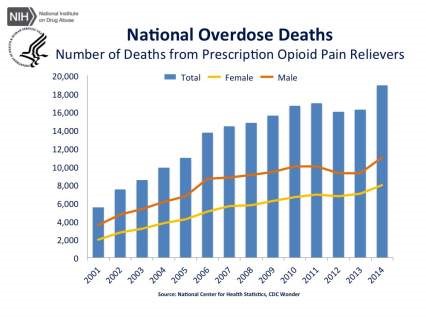 Sen. Session never backed down from his anti-marijuana stance saying, “we need grown-ups in charge in Washington to say marijuana is not the kind of thing that ought to be legalized, it ought not to be minimized, that it’s in fact a very real danger.”

The Senate members who weren’t present include: Sen. John Cornyn (R-TX), Sen. James Risch (R-ID), Sen. Schumer (D-NY). Sen. Schumer didn’t speak on the record but his co-senator, Senator Kirsten Gillibrand (D-NY) is an outspoken advocate for medical marijuana and a sponsor of the CARERS Act which calls for rescheduling marijuana and allowing access by veterans. Other supporters of the CARERS Act are Sen. Rand Paul (R-KY), Sen. Cory Booker (D-NJ), and most recently Sen. Lindsey Graham (R-SC).

DOJ chose not to send a witness to testify on shaping the departments’ marijuana policy, a move Sen. Feinstein said was “trying not to live up to the responsibility it has”. While the meeting was merely a conversation on the state of marijuana legalization, it can serve a bigger purpose for determining a baseline for anti-pot rhetoric. In turn, the scientists and advocates need to better communicate emerging research and new understandings on cannabis.