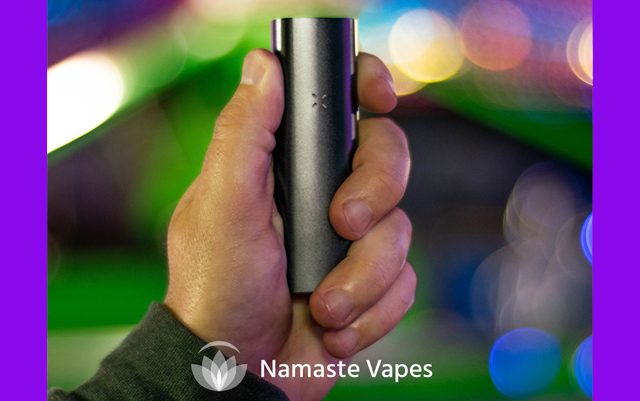 If you were a fan of the Pax 2, you’re going to love the next incarnation of this brand of dry herb vaporizer. The Pax 3 vaporizer emerged onto the market a couple of years ago now, but according to popular statistics, it’s still a big seller, and it isn’t hard to see why.

The Pax brand has become synonymous with quality, user-friendliness and robustness. When their first vaporizer emerged onto the market around 10 years ago, it created a stir, and now the Pax 3 vaporizer is continuing to impress, showing that the brand is moving from strength to strength to match the expectations of its customers.

Why is the Pax 3 vaporizer so popular? There’s a number of reasons for that. First, this tiny device is incredibly contemporary-looking – in fact, it wouldn’t look out of place in the Apple store thanks to its modern styling. With its cool design, the Pax 3 vaporizer stands out in the market for its premium quality aesthetics and its fashionable appeal, which is highly desirable to young vapers.

Simple yet sleek, the design of the Pax 3 vaporizer wastes absolutely no space. The mouthpiece serves dual function as a power button while the futuristic-looking LED lights let you know when the device has reached optimal temperature. With such a minimalistic appearance, it isn’t too surprising that this vaporizer is also very easy to use. Even a beginner to vaping is going to find this vape a breeze to use, while its compact size means that you won’t have any difficulties in popping it into your pocket on the way out of the door.

While for most vapers, the vapor production and flavour produced by the Pax 3 vaporizer will be perfectly acceptable, if you consider yourself to be a connoisseur of dry herb vapes you might be disappointed. Yes, the Pax 3 vaporizer does heat rapidly, and it does produce a flavoursome vapor – but because it uses conduction heating technology rather than convection, it doesn’t heat your herbs as evenly. That’s just something you might want to bear in mind before buying, although for the clear majority the difference in flavour quality will be negligible.

Like all the best dry herb vaporizers these days, the Pax 3 vaporizer has Bluetooth connectivity so you can easily connect to your tablet or smartphone for the customization of temperatures, LED light colours and flavour outputs. If you’re the kind of person who has to have the latest tech, you’re definitely going to appreciate this feature.

One of the top selling features of the Pax 3 vaporizer is its rapid heating time. Much faster than its younger sibling, the Pax 2, this vaporizer reaches optimal temperature in around 10 seconds, which is pretty impressive. Bear in mind that if you prefer super-hot temperatures, it’ll take twice that long, but that isn’t really the best way to get the most out of your herb with this device.

Here’s where the Pax 3 vaporizer really differs from its previous incarnation, and this could be the thing that persuades you to invest in this dry herb vaporizer. The Pax 3 vaporizer isn’t just suitable for vaping flower, it can also be used for concentrates and oils as well. You can use a regular oven lid for standard herb vaping, a half oven lid for smaller loads if you want to save a little more herb, and then there’s a third lid which is for use with the concentrates insert. If you like to experiment a little with switching between oils, concentrates and flower, the Pax 3 vaporizer is ideal for you – although you do get a better quality vape with flower.

Can I Expect A Long Battery Life?

The Pax 3 vaporizer doesn’t have the longest battery life on the shelf, but then again, it doesn’t have the worst either. When the battery is fully charged it can last for at least two evenings’ worth of vaping, and recharging is a breeze thanks to the handy (and stylish) charging dock.

Should I Buy the Pax 3 Vaporizer?

Let’s take an objective look at the Pax 3 vaporizer. First, it’s infinitely portable and discreet. That means that if you like to vape while you’re on the go, you’re in luck. Thanks to its ease of use, this is a good device for either a beginner or a more seasoned vaper, especially one who likes the idea of having the flexibility to choose between oils, concentrates and flower. While connoisseurs who favour convection style heating might prefer to look elsewhere, the benefits of this vape definitely outweigh the negatives. With its super-fast heating time, its Bluetooth connectivity, its rapid and convenient charging and its sleek appearance, it has almost everything that the average vaper needs for an amazing experience.

Disclaimer: This article is intended for information and educational purposes only and is not intended to reflect the views of the publication.