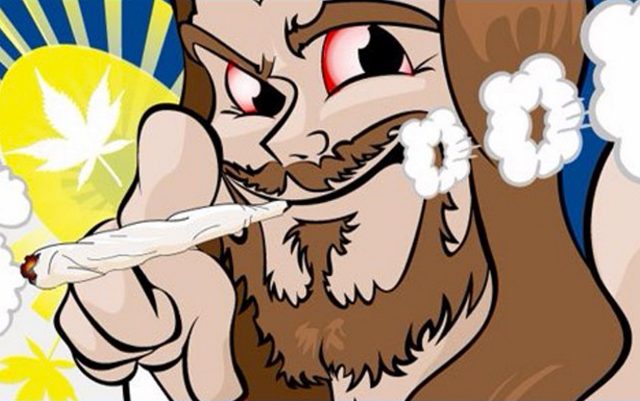 Sativa and Indica and Hybrid,

Travelling at night when the burden was least,

The star high in the sky, beautiful and bright,

Guiding them to see a new king,

To see the one who would show them the light,

Teach them the ways of high as a kite,

To learn the new knowledge he would bring.

Three chalices they carried upon their camels,

Their robes made of the finest flannels,

Their feet covered in the finest Nike sandals,

Their eyes forever upon their goals.

And so the Three Kings rode to the west,

Through the night, over highway and hill,

Chatting with the homies they met on their quest,

Charming the chicks with game of the best,

Holes in their chalices they needed to fill.

“We heard about a kid,” to a passerby Indica spoke,

“We heard he is a King and is pretty dope;

He sees a new way for the world, he is pretty woke,

To find him cradled in a manger on a grassy slope.”

And the passerby was salty, “There is only one King fool;

He is Herod the Great, frankincense you must be smoking,

When you were young you must have hit your head in a pool,

Or some myrrh you must be toking on the log of yule,”

The passerby frowned to show he was not joking.

So the Three Men of Wise struck out across the plain,

To see the King they heard in lore,

But King Herod had hear what they had been saying,

And summoned them to find what game they were playing,

And told them to scope out this supposed new lord.

They followed the star and the trail of smoke rising,

They rode to gaze upon the new King,

They rode into Bethlehem with glad tidings,

They spoke to those around, inquiring about sightings,

And they were led to the manger where they could hear angels sing.

And there he lay, soft on the hay,

The King who was the Savior of the Weed,

The Men brought out their chalices to the light of day,

But the baby spoke up and said put those away,

“Stoner Jesus has his own rig; for your offerings, I have no need.”