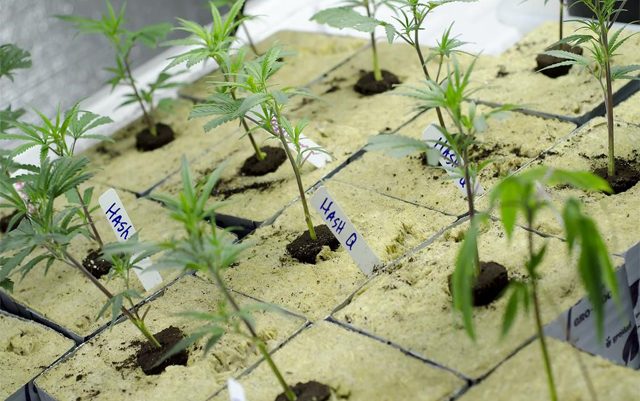 In March of 2017, Germany’s parliament voted to legalize medical marijuana. In more than a year since, the country’s medical program has yet to issue its first of only ten grow licenses, decide whether cannabis constitutes a raw material or pharmaceutical, or allow import of irradiated cannabis. In lieu of legal cannabis sales, patients have applied to have their cannabis reimbursed by insurance companies.

In Canada, president Justin Trudeau promised legal sales would begin by the summer of 2018. However, the Canadian government won’t hold a final vote on Canada’s proposed legalization bills – C-45 and C-46 – until July 7th, more than a year since they were introduced in April of 2017. As June approaches, a delayed C-45/46 vote means the first legal sale of cannabis in the Great White North won’t occur until the summer of 2018 ends.

The wait wasn’t worth it for many, as Pennsylvania’s medical program originally barred sale of whole plant cannabis, restricting forms to oils, vape cartridges, tinctures, capsules, patches, and sprays. As a result, due to processing costs and a limited supply of state approved growers, a gram of cannabis in the allowed forms costed somewhere between $80-$144.

These regulatory restrictions hamstrung PA’s program from the beginning, and created a product shortage. The prices weren’t accessible for many poorer patients, and the lack of whole plant cannabis meant sacrificing terpenes and the entourage effect that amplifies medical cannabis’ efficacy for many ailments. While PA’s Medical Cannabis board has since approved dry leaf cannabis, patients must wait for packaging regulations to be written before cultivators can ship physical cannabis flower they already have to dispensaries.

Many famous proponents of cannabis, most notably former presidential candidate Bernie Sanders, endorsed regulating the substance like alcohol. But how do we regulate alcohol?

Most alcohol regulations concern where and who can sell alcohol of various strengths, like liquor versus beer. For example, in New Hampshire private supermarkets and convenience stores may sell beer and wine, but only state owned “state stores” can sell spirits. Besides that, most regulations target tax free, illegal production and sale of alcohol, and alcohol use and driving.

Unlike state run medical cannabis programs, like in Pennsylvania, regulatory bodies don’t force alcohol companies to create certain products, or demand only certain levels of alcohol content, let alone tell them how one can administer their product. We see these unfair regulations sweeping both local cannabis markets, as many states don’t only allow medical cannabis, but allow CBD and other forms with low levels THC, the psychoactive chemical behind cannabis’ high.

If you look at cannabis like alcohol, than these laws are limiting at best, and medically negligent at worst. Not every ailment treated by whole plant cannabis may be treated through CBD or cannabis with low levels of THC alone. As cannabis becomes more accepted, we must fight to ensure that the laws that usher in cannabis legalization don’t rebuke the point of it in the first place: Ensuring that adults have safe access to cannabis.

Following cannabis legalization for adult use in Colorado, Justin Hartfield, CEO of Weedmaps, called for marijuana buds to neighbor eggplants, corn, and other produce on farmers market’s shelves. Hartfield mentioned candidly an interview with the Daily Ticker that, “Marijuana is vegetable matter, just like every other vegetable being sold in Sunday markets in Boulder…We want to get people and politicians ready for this idea that marijuana is a plant just like every other plant and should be treated the same.”

Recasting cannabis as a produce would make the most sense for increasing overall access.

If cannabis flower becomes a produce, than that produce cannot be restricted to only certain forms, like in state run medical cannabis programs in Florida and New York, and it can’t be restricted to state producers alone. In a 2016 Americans for Safe Access report, 16 out of 28 state run cannabis programs received F grades, including Florida. The report graded the programs on measures of patient rights and civil protection from discrimination, access to medicine, ease of navigation, functionality, and consumer safety and provider requirements.

Of all state programs tested, only 3 states – California, Illinois, and New Mexico – received the highest score, a B+. If even the oldest and most accepting states with medical cannabis programs can’t receive an A grade for patient access and program functionality, than cannabis regulations are doing more to harm than heal. The delays and decrees keep cannabis from adults and patients, rather than increasing access.

Treat cannabis like a food stuff and be done with it.