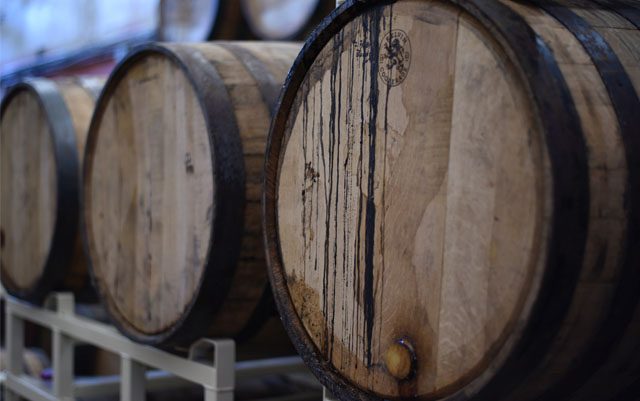 Last year’s Green Rush has just hit a brick wall – the vaping epidemic – with profound implications for all things cannabis. As casualties mount, the very premise of legalization hangs in the balance, much as Prohibition did in the 1920s after poisonous alcohol killed thousands.

What a short, strange trip it’s been. The controversial but coveted weed that no law could banish got a new, more dignified name. Pot, the menace, became cannabis, the medicine. Legalization was shaping up to be a noble experiment that was going to work out for everybody.

Now users are getting sick and dying. The cause has yet to be pinpointed, but the Center for Disease Control and state health officials have narrowed the victim profile to largely young males vaping illegal THC oil.

History, the saying goes, never repeats, but it does rhyme. From 1919 to 1933 it was illegal to make, sell, or transport alcoholic beverages in the US. Enforcement of Prohibition was chaotic, corrupt, and the inspiration for a host of unintended consequences, especially illness and death. Right about the time that President Herbert Hoover declared Prohibition “a great … experiment, noble in motive”, illegal booze adulterated with poisonous ingredients is estimated to have sickened hundreds of thousands, and killed tens of thousands. Nobody really knows. By the time the law was repealed, the noble experiment had become an American tragedy.

Exactly a century after Prohibition became law, the vaping crisis is shaping up to be another American tragedy, if not so epic. It threatens to trigger a backlash that could throttle the young cannabis industry in its crib. Investors have poured tens of billions into startup and early stage companies with great stories to tell and little else.

By the time the vaping epidemic broke out, the Green Rush bubble had already begun to deflate. Stock indices that track portfolios of publicly-traded cannabis companies peaked in January 2018, when California became the sixth and largest state to allow the sale of recreational marijuana. Since then, those indices have shed on average half or more of their value.

The crisis also threatens to blow a hole in the industry’s overall product development and marketing strategy. Two months ago, a headline on the website GreenEntrepreneur.com declared vaping, “The Future of Cannabis Consumption”. A BDS Analytics report on California’s first year of legal adult use found that cannabis concentrates (principally oil) outsold flower for the first time. Just as it was becoming the delivery system of choice, vaping anything seems a bit risky.

Prohibition and cannabis legalization are examples of massive failures of federal regulation. Prohibition was a poorly thought-out policy with just one tool in its kit – the eradication of stills, destruction of product, and prosecution of miscreants. Onerous regulation bred crime syndicates and a national health crisis.

Federal marijuana regulation has also relied on the criminal code – eradication of grows, interception of shipments, and prosecutions. States whose voters and legislatures decided to legalize have each had to make up their own rules, which can range from chaotic to ineffective, most particularly in California. Some testing labs report that there are few or no state inspectors on the ground to even take reports about contamination, let alone investigate them.

Industry executives and insiders privately say the endgame will likely resemble what followed the repeal of Prohibition. Liquor and beer industries picked up the baton, reopening their mothballed distilleries and breweries. Bars and taprooms turned on the lights and unlocked their doors. Business as usual.

If consumable marijuana-based products are now medicine, it follows that the most likely savior this time will be the drug industry. For some investors, especially venture capital groups, that’s been the allure all along.

In a recent interview, Harris Damashek, formerly chief branding officer at cannabis industry leader Acreage Holdings, forecast what many insiders expect – until state and federal laws are reformed, which appears unlikely before 2021, the industry leaders will be those with the deepest pockets. “They will compete mainly on size,” he says, “buying up smaller brands and other assets in the rush to get as big as possible as fast as possible.”

The long-term bet is on an outsized payday when federal rules finally change, giving Big Pharma the green light to swoop in and buy out the major players in a bidding war. Cannabis could become a huge new category for an industry that in recent years has been short on breakthroughs and blockbusters. By coincidence, Forbes.com has reported that a Teva Pharmaceuticals subsidiary has signed a deal with medical cannabis company Canndoc to distribute its products in Israel.

As hateful as the prospect may be to purists, pharmaceutical companies have the science, the labs, the expertise, and the capital to create, test, and certify FDA-approved products – on day one. Business as usual. In fact, the FDA has already laid the groundwork.

In case you still aren’t sure where the FDA stands, the agency’s website has a Q&A page titled “Regulation of Cannabis and Cannabis-Derived Products”. The answer to Question #9, “Can THC or CBD products be sold as dietary supplements?” is unambiguous. “A. No.”

CBD is the non-psychoactive element in hemp that is believed to have medicinal properties. It has been invested in by leading beverage and food companies. CBD is sold in products advertised as good for pain, stress, sleep, anxiety, depression, nausea – just about everything. People are ingesting it, cooking with it, putting it on their skin. Search “CBD” on Amazon.com and you get hundreds of listings for CBD dietary supplement products that are clearly being sold in interstate commerce. Let me repeat that …

In his remarks, Schiller pointed out that determining safe levels of exposure in products we put in or on our bodies is one of the FDA’s principal activities. “When we approach that same question with respect to CBD, we do so in the same science-based, data-driven way that we would approach our review of any substance.” In view of the vaping epidemic, that approach has a certain appeal.