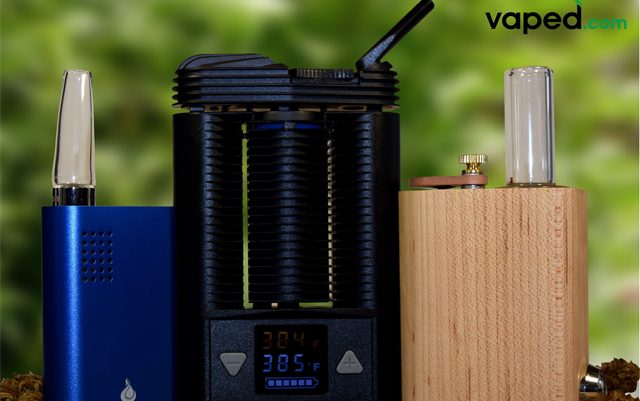 Portable herbal vaporizers generally use one of two heating methods: conduction or convection. The method that a device uses will have an effect on its performance and vapor quality.  Although they are both effective heating methods, they are very different and each one carries its own set of advantages and disadvantages.

Another advantage that conduction vaporizers have is that they heat up very quickly and they typically allow you to have very precise control over the temperature settings of the device. The intensity of the heat on these vaporizers can normally be changed at the touch of a button and the change will be felt almost instantly.  Direct heating is also very efficient so less power is required and portable conduction vaporizer batteries retain their charge longer as a result.

The biggest drawback with conduction vaporizers is perhaps the possibility of combustion occurring. The fact that the botanical herbs will be in direct contact with the heat source means that is is possible for them to burn and create smoke rather than vapor. However, newer portable conduction vaporizers tend to use more advanced technology to help avoid this issue.

Users of conduction vaporizers will also find that they may have to stir up the herbal contents regularly if they want them to be heated evenly, which can be inconvenient.  Lastly, because the herb chamber is heated, it tends to retain that heat and the marijuana in the vaporizer tends to be heated for a period of time even after the vaporizer isn’t being actively used.

Portable convection vaporizers separate the herb chamber from the heating element so that they do not come into direct contact with each other. The herbs are instead heated by hot air that moves through them when the air is inhaled through the vaporizer mouthpiece.

Unlike conduction vaporizers, convection models heat the cannabis uniformly by hot air that moves through and around the herb — without the risk of cooking them when the vaporizer isn’t being actively used.  This allows the herb placed in a portable convection vaporizer to be vaped throughout the day, rather than in just a single session.

The design for convection vaporizers is usually more complicated, and this means that they will have higher production costs. This equates to higher price tags, which can be a disadvantage for some people.

Convection vaporizers can also have significantly slower warm-up times. The heat needs time to get to the herbs and heat them enough for vapor to be created. While this added time will produce more potent, better tasting vapors, it can be sometimes by seen as a drawback.

Which heating method is better? There is no one answer as both methods have benefits that will appeal to different people. Someone who values vapor taste above all else, for example, will generally prefer to go with a convection vaporizer; while a person who is more budget conscious may choose to go with a more affordable conduction device.

The New Age of Cannabis

The New Age of Cannabis