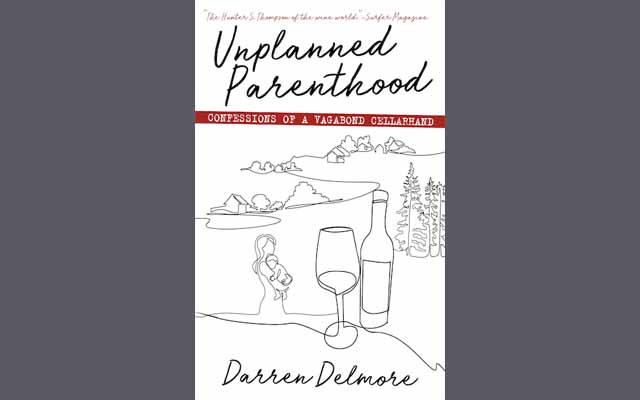 Author Darren Delmore’s new book in his “Confessions of a Vagabond Cellarhand” series is now released and properly entitled “Unplanned Parenthood”. This hilarious, tell all trilogy chronicles the ups and downs of his experiences learning to make wine as a harvest cellarhand in Sonoma Coast, Mendocino, Humboldt and South Australia – all green friendly locales. The new book opens up with his harrowing recount of getting busted planting grapevines with his childhood friend on a Mendocino marijuana farm, and follows his hilarious, rolling stone path into a Mendocino Pinot Noir harvest, down under for his second vintage in Australia, and back to Mendo where a fiery fast romance changes his life forever. Colored with unforgettable characters, hazed in the smoke of excellent cannabis and natural wines, and brimming with the spirit of fulfilling one’s dreams, “Unplanned Parenthood” is as entertaining as it is inspiring. Pick up a copy and support the independent, grass roots arts in the process. Delmore has been called “The Hunter S. Thompson of the wine world” by Surfer Magazine. A fun book to escape inside, back to simpler times among the vines. Available on Amazon and on the author’s winery website www.darrendelmore.com