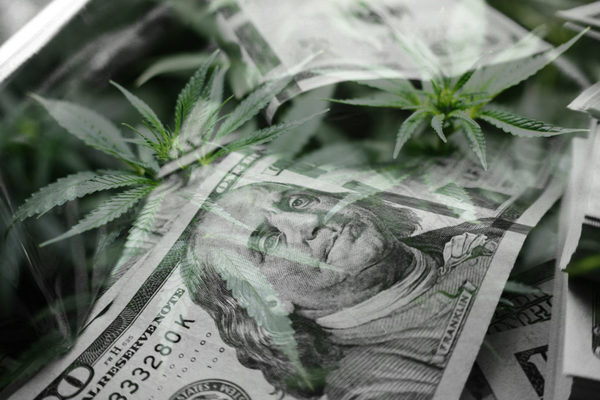 From the start and ongoing, the legal cannabis industry as a whole has been hobbled by misinformation and ignorance of facts, and for its part, the topic of cannabis banking and payments suffers from a variation of the same.

Cannabis (aka: marijuana or hemp) has been an extremely useful agricultural product for thousands of years, until a century ago, it was deliberately demonized to eliminate it as a competitor of inferior industrial products (wood pulp & synthetic fiber), extend bureaucratic careers (Harry Anslinger) and then later as a weapon against political dissent under President Nixon. Until then, no-one was concerned about its additional use as a mild intoxicant and relaxation remedy.

Then as now, it’s a straw argument to debate the merits of its intoxicating effects and possible side effects since that was never the real issue. And likewise, when one peals down all the layers of BS, the nub of largely mainstream conservative bankers’ resistance to supporting our industry lies in their fundamental belief in the prevailing, demonizing propaganda.  So we hear an endless stream of false pretexts, such as concern over violating federal prohibitions of ‘aiding and abetting narcotics trafficking’, ‘jeopardizing their banking licenses and federal insurance’, being charged with ‘money laundering’, and so on.

While these are theoretical risks, the simple fact is no US bank or financial institution has come anywhere near to suffering these or any other related consequences especially since the US Department of the Treasury’s Financial Crimes bureau (FinCen) promulgated clear guidelines for banking the industry. For a further example, the FDIC (one of the three federal agencies that insure US bank deposits) advises their examiners simply to apply the guidelines of the industry-standard FFIEC bank examination manual together with the aforementioned FinCEN guidelines to avoid any consequences of banking industry operators.

The other side of misinformation is what we hear from within our own industry. One of the most pervasive nuggets is that there are upwards of 600 US banks currently banking the industry. This is falsely based upon periodic reports from FinCEN on the number of US banks having any interaction with the cannabis industry. However, interaction is not the same as compliant support; included in this figure are all the banks which discovered cannabis business accounts in their bank and threw them out, or commercial landlords disclosing to the bank that one of their properties is now being leased by a cannabis licensee.

The actual total number of US banks openly and compliantly supporting one or more sectors of our industry is actually about 150 with roughly one-third of those supporting ‘plant-touching’ licensees, i.e., dispensaries, delivery services, cultivators, and manufacturers. The disparity arises from the difference between ‘industry experts’ who read about the sector and those who actually work in it.

That’s where Fincann comes in, the Cannabis Banking Authority™. Part of our core mission is to provide free, complete, accurate, and actionable reference information and data both for the industry itself and for the benefit of those professionals and journalists who advise or write about it.

On our website, we provide the Official Cannabis Industry-Friendly Bank Counter, featuring frequently updated real market data on the number of federally-insured US banks supporting the cannabis industry by sector. We offer aggregated cannabis industry news filtered by US, International, Banking, or Legal categories as well as an interactive real-time map with side-by-side comparisons of state-by-state hemp and cannabis laws and regulations with links to the original source documents.

There’s also a wealth of information on the specific banking, payments, and financial services challenges faced by individual industry sectors. And much, much more.