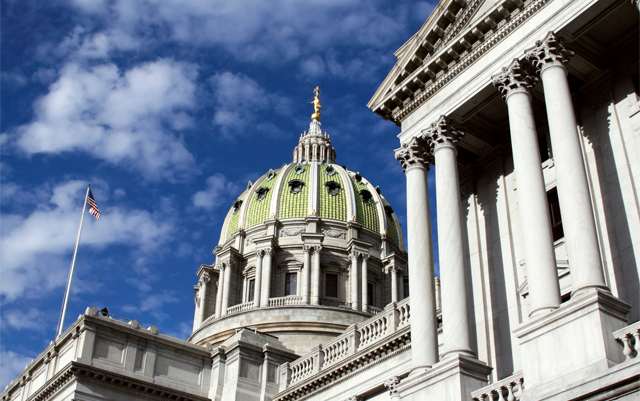 Pennsylvania’s Senate Law and Justice Committee held the final hearing in a series of three on cannabis legalization. The committee heard testimony from cannabis reform advocates, regulators from other states with legal cannabis markets, and industry stakeholders. Last year, the committee chairman, Senator Mike Regan, passed around a co-sponsorship memo with Representative Amen Brown to garner support for reform legislation. These hearings are intended to provide lawmakers with additional information and context as to the best approach for legalization in Pennsylvania. Marijuana legalization reform bills have been introduced in past sessions, but this most recent hearing is only the third time a legislative panel has debated the issue.

Oklahoma law enforcement is searching for six individuals who posed as state officials to rob two different marijuana farms. The criminals showed up at the grow operations and claimed to be from the “Oklahoma Marijuana Board”, which is a fictitious agency that does not exist. The group had search warrants and badges and demanded payment for code violations. Once on the property, they stole marijuana and cell phones. Several law enforcement agencies confirmed that none of the investigative bodies in the state were conducting any type of operation at either location that was robbed.

California launched a new website to support licensed cannabis businesses and help them remain compliant with state regulations. The site, CannaConnect, is designed to be the central resource hub for the Department of Cannabis Control. The site will also house various educational materials and fact sheets to address questions and concerns for marijuana businesses. Other resources available on the site include information on provisional license requirements, important dates for provisional licensees, and a page outlining the review process. Upcoming fact sheets include catchy titles like “What to Expect When You’re Inspected” and are made to help familiarize licensees with the regulations and system in the state.