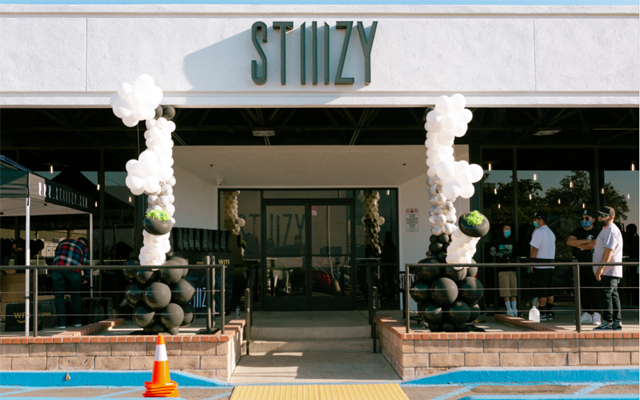 Earlier this month, STIIIZY, one of the best-selling, fastest-growing cannabis brands in the U.S. officially unveiled its first flagship store in San Bernardino.

Similar to its sweeping DTLA store launch, the San Bernardino location saw fans lining up as early as the day before the grand opening amassing over 1,000 customers wrapping around the facility.

The brand’s new store is projected to create over 60 jobs for local residents with future plans for expanded job creation. The new store is operated in partnership with Raquel Origel, the first Latina to win a cannabis license in San Bernardino.

With key partners like Nicky Diamonds behind exclusive merchandise for the store opening to influencers like  DoggFace208 stopping by (this time, without his Ocean Spray and skateboard in hand), STIIIZY is no stranger to events entrenched in “cool kind” culture. STIIIZY has cultivated a special affinity with fans – some were even spotted getting permanent face tattoos sporting the three pillar “I’s” within the STIIIZY brand name.

The newest launch falls on the heels of STIIIZY’s recent explosive footprint, rolling out locations up and down the west coast.