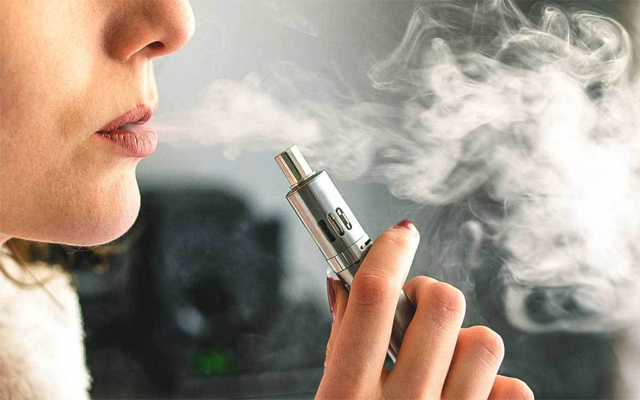 A little-known act buried in last December’s federal stimulus bill (found on page 5,136 here) will soon make it difficult, or in some cases impossible, for popular cannabis vape companies to deliver products to their customers. The Preventing Online Sales of E-Cigarettes to Children Act modifies the 1949 Jenkins Act to categorize all components and elements used in ANY vaporizing device as a cigarette and forces shippers to comply with stringent rules, including registering with the U.S. Attorney General and maintaining and reporting addresses and quantities of products.

Shoched said the new regulations have the potential to impact as much as 70% of her business. The act makes direct-to-consumer orders essentially impossible for businesses to fulfill. Manufacturers are also concerned the very broad language used in the bill may put a stranglehold on commercial B2B shipments, particularly small-batch shipments to independent retailers.

“In the legal cannabis markets across the country, the vaping component of our industry drives billions of dollars in revenue and creates thousands of jobs,” Shoched said. “By sliding into the back of the stimulus package a law that misrepresents our vape customers as nicotine addicts and our technology as tobacco driven, it effectively destroys our ability to effectively serve customers with the safe and responsibly produced equipment we develop.”

A veteran of the U.S. Navy, Shoched founded O2VAPE out of her garage in 2012 and now serves customers in all 50 states and Puerto Rico. Prior to creating O2VAPE, Shoched held numerous roles in the pharmaceutical industry, healthcare and sales in the private sector. Shoched is widely recognized as a pioneer for woman-owned businesses in the cannabis industry.

“The thing I’m most concerned about is how this law will choke the supply chain for the equipment that many of my fellow Veterans and other medicinal cannabis patients around the country use to take their medication,” Shoched said. “We have worked hard to get where we are by always putting the safety of our customers first. The ‘stimulus’ in this case actually puts people’s livelihoods at risk and businesses like mine in an even greater struggle than the pandemic caused. Most important, it will force consumers into a dangerous black market that was shown to be the source for many of the lung disease cases in 2019.”

Changing the act will require action from the U.S. Congress. In the meantime, Shoched said that O2VAPE will be looking for alternative shipping methods to best serve its clients while ensuring they remain compliant with shipping regulations through any channels remaining. She said that many in the industry and even many state Attorney Generals remain unfamiliar with the implications of this act.

“So, right now our first step is to inform the industry and stakeholders so we can then work with them to find proactive and compliant business solutions,” she said. “We just hope it can be done quickly before patients are driven to a black market because supply chains get cut. Sadly, this may just be the most dangerous legacy of this ill-considered act.”