Med­-X, Inc. has stepped up to the plate — with their line of 100% all natural Nature-­Cide insecticides — to provide a viable solution to one of the most significant issues facing the cannabis industry today.

We’ve watched as Colorado, Washington and Oregon have each attempted to address the issue of pesticide regulation. Each state has handled this hurdle in a slightly different way, achieving mixed results; but the truth is that none of those states have completely solved the problem. Recalls continue to be issued at an unacceptable rate and most consumers are left to wonder if the marijuana provided to them is even safe to consume.

How, and why, is this even a problem?

Think of the regulation of pesticides like a dangling chain. Should any link in that chain break, everything below it will fall. The other links still exist, and are still connected to one another, they’re just a jumbled heap on the floor, needing to be untangled and straightened out. Well, unfortunately the federal government still views cannabis as a Schedule I drug and the Environmental Protection Agency, the first link in the chain, is unable to recognize it as a legal crop.

Which, of course, also means that the EPA can’t regulate it. The Environmental Protection Agency hasn’t even given permission for pesticides to be used, or be registered for use, on cannabis crops. They certainly haven’t established any levels of acceptable pesticide tolerances. These gaps at the federal level have resulted in a domino effect of inadequate regulation at the state level, crops being treated with little to no oversight, and an end product that would often contain chemical residue without an established level of tolerance.

Put simply, there just aren’t any federal regulations and therefore the first link in the chain is broken. This leaves pesticide regulations at the state level to now be the jumbled heap on the floor that needs to be untangled and straightened out. No wonder cannabis, and all sorts of cannabis products, are being found to contain high levels of pesticide residue. There isn’t much to prevent it.

As you would imagine, there are a lot of consumers demanding answers. If varying policies and the regulations they impose aren’t necessarily resolving things, at least for right now, what’s the best route to take in the meantime?

“Nature-­Cide products are being used for various types of pest control. It’s a long list of pests, ants, roaches, fleas, ticks mosquitoes, stink bugs, mites, aphids, etc. etc. While registering our products, it was recognized by Colorado, Washington, and Oregon, that we fit into their compliance details and our Nature-­Cide products were cleared as complementary products for cannabis cultivation in these states. So, positioning since 2013 is everything for us.” ­ Matthew Mills, Med­X, Inc. COO and Nature­-Cide co­developer.

Med­X, Inc. believes the answer is to avoid harmful and poisonous chemicals altogether and instead use safe methods and products, such as Nature­-Cide All Purpose, to manage and remove pests. Colorado, Washington and Oregon all seem to agree and have each compiled lists of what pesticides they will allow, with Nature­-Cide finding its way onto each of the three lists. Also worth noting is that Nature-­Cide products are already used nationwide in mainstream pest control. 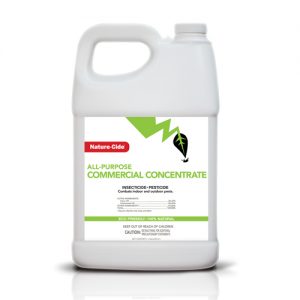 But what about California?

All eyes are now on the state of California as they gear up to vote on the legalization of recreational cannabis come November. Assuming the initiative passes, what can be expected to happen in regards to the regulation of pesticides in California?

“California is going to be more stringent, but I feel not as hard as when the federal government jumps on it. I do not think that with the ballot initiative happening in November here in California, that hard-core rules will be put into place for cultivation practices. I’m preparing for a similar scenario as Colorado, Oregon and Washington.” ­ Mills

Matthew brings up a good point that ties into what we discussed earlier. Ultimately, a state’s hands are somewhat tied when it comes to regulating pesticides until the Environmental Protection Agency is allowed to fulfill its role in the process.

California has two things playing in its favor, though.

For one, some guidelines for pesticide use on cannabis crops were established for medicinal cannabis in the recently passed bill SB 643.  Granted, we are talking about the legalization of recreational marijuana now, not medicinal. Even so, while there are laws that apply to one and not the other, it’s safe to say that pesticide regulations will be the same across the board.

Medicinal marijuana is a 20 year old industry in California. Concerns over pesticide use, and the amount of residue left behind, are nothing new. It’s the exact same issue faced by the other states that have some form of legalization. So, based on what is outlined in SB 643, how is California likely to regulate pesticide use on cannabis?

Here’s the gist of the bill in regards to pesticide regulation:

All in all, it looks like California is going to treat cannabis as they would any other crop.

Cannabis is already defined as an agricultural product, so why not treat it as such? While California is facing some difficulty implementing what is outlined in SB 643 due to federal legalities, we would surely see these regulations put into place after a scheduling change. Even without one, the industry is going to continue moving forward and we’ll see them eventually.

Also in California’s favor is the fact that it has an extremely large, diverse agricultural industry and a significant amount of its population lives near agricultural fields. This has resulted in a well-developed pesticide regulatory system being established between state and local authorities. A system that the team behind Nature-­Cide already fits right into. 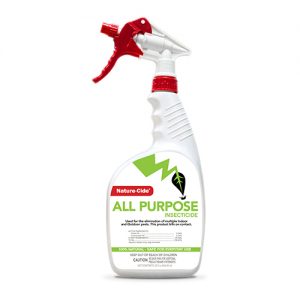 You see, California is quite stringent with regulating the use of pesticides and we shouldn’t expect anything less when it comes to cannabis cultivation. This is especially going to be the case when a scheduling change occurs and cannabis is recognized by the government as a legal crop. Cultivators are going to be monitored by their County Agricultural Commissioner — which work with, and answer to, the Department of Pesticide Regulation — ensuring compliance with pesticide labels and other laws and regulations. A cultivator is no longer going to be able to apply a pesticide without first becoming a licensed applicator with the state. Full reporting of all pesticide use is also required in California.

“A cultivator has never had to comply in California, ever. All of a sudden they are going to need to understand agriculture practices and the only way this can happen is by hiring or becoming a licensed applicator.” ­Mills

Fortunately, cultivators will have somewhere to turn to as the team behind Nature­-Cide consists of a group of licensed pesticide applicators in California. Not only that, they are also Integrated Pest Management specialists that have created their products to be used in that process.

What is IPM? As defined by UC, IPM:

“IPM is an ecosystem based strategy that focuses on long term prevention of pests or their damage through a combination of techniques such as biological control, habitat manipulation, modification of cultural practices, and use of resistant varieties. Pesticides are used only after monitoring indicates they are needed according to established guidelines, and treatments are made with the goal of removing only the target organism. Pest control materials are selected and applied in a manner that minimizes risks to human health, beneficial and non-target organisms, and the environment.”

The Department of Pesticide Regulation is adamant about encouraging Integrated Pest Management practices. Considering the size of the cannabis cultivation industry as it is, and will inevitably grow to become, that isn’t going to change. In fact, it’s likely the best route for us to go —  when you take into account how much research and data still needs to be gathered with regard to pesticides and cannabis, even after a scheduling change takes place.

The cannabis industry still has quite a while before it becomes completely legitimate. But one thing is absolutely clear: the Nature-­Cide team is already prepared for that moment and is ready to provide the industry with the cleanest, safest options for pest control and management available.

“Health and safety are something we take very seriously and we want to make it clear that our intentions are to help the cultivation community by providing stellar products and knowledge that live up to the cultivation standards and demands that cultivators now expect.” ­ Mills