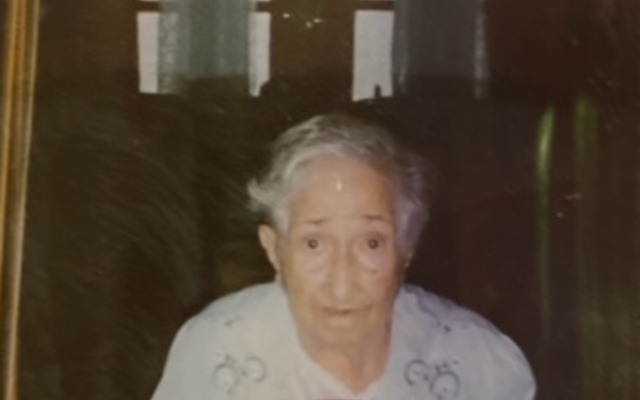 The push to federally decriminalize marijuana has made real progress in the last few years. The House recently passed a bill that would allow the Veterans’ Administration to provide medical marijuana to veterans suffering from mental health disorders. Unfortunately, it’s unlikely to pass in the Senate. I see it as another missed opportunity to help people who are suffering from painful medical conditions.

Those who oppose these measures likely haven’t seen how cannabis products can provide genuine relief to those suffering from severe medical conditions, like post-traumatic stress disorder or cancer. If medical marijuana had been available to my grandmother, her experience battling cancer could have been just a little bit less painful, and that is what people suffering from severe medical conditions deserve today.

Throughout my childhood, I was always close with my grandmother. She was a fundamental part of my upbringing, inspiring me in profound ways, and shaping my outlook on life. While I was in college, she passed away from lung cancer. Seeing the suffering that she went through in her final days was difficult, and I wished that I could have helped ease her pain. Now we have a way of doing so, and that’s why I was inspired to open Green Leaf Dispensary.

The number of people who are affected by cancer is staggering. According to the National Cancer Institute, roughly 442 out of 100,000 people will develop cancer, and another 158 per 100,000 will die of it. Although there is currently no cure for cancer, there are treatments that will help ease patients’ symptoms and allow them to suffer less. Coming from a healthcare background myself, and especially after my experience with my grandmother, I want to help other people who have this ailment.

Studies have shown that medical marijuana can positively affect cancer patients by helping relieve nausea and vomiting from chemotherapy treatments, along with being a notable source of pain relief that reduces reliance on other forms of painkillers, many of which can be highly addictive. Cannabis is a natural solution that has been used in medicine for centuries, and the medicinal qualities of the plant are receiving renewed attention due to widespread public interest in the legalization of marijuana.

There are a variety of benefits to medical marijuana. My goal is to spread this news as widely as possible. Life is hard enough on its own — so why should we deprive people of the thing that can provide them the relief they need, and make their lives just a little easier? For instance, CBD naturally reduces inflammation and serves as an antioxidant, making it a viable solution for cancer patients struggling with chemo symptoms.

My grandmother believed in helping other people when they are in need, and I have continued that philosophy in my entrepreneurship. She was always lending money to people, telling them to pay her back when they were able, and I often do the same for people trying to launch their own businesses. In the spirit of kindness and giving that my grandmother had, I try to help others reach success and achieve their own goals.

As someone who has seen the effects of this disease on the people suffering from it, I support providing people with the medical help they need in the form of cannabis products. The answer to these people’s pain and suffering is right in front of us — it’s up to the government to allow people to access these treatments. I will continue to get behind anything that can help people feel less pain because that is what I would have wanted for my grandmother, and what my grandmother would have wanted for everyone.