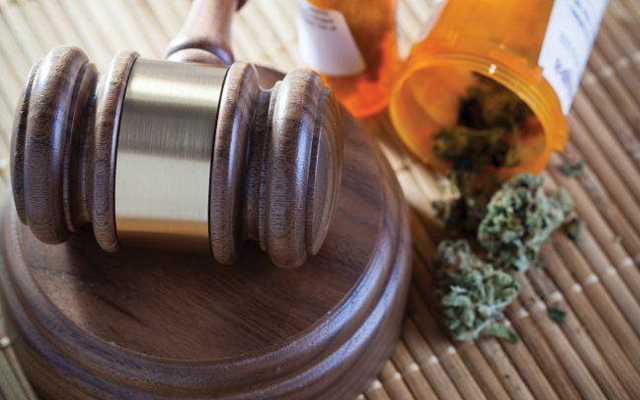 Since the legalization of medical cannabis in Germany in 2017, there has been growing interest among both patients who can receive treatment with cannabinoids and companies that grow and distribute medical marijuana. Today, according to the German policy, patients who qualify for medical cannabis use and for whom conventional treatment has failed can count on getting cannabis-based medications, albeit cannabinoid products are still out of reach for people interested in their use for recreational purposes.

The article was prepared in consultation with Drapalin – a German company, experts in Medical cannabis.

Сannabis laws in Germany have undergone significant changes during the past 30 years, with punishments becoming more rigorous. Following the lead of the neighboring EU Member States, Germany became one of the first countries in Europe to legalize marijuana for medical purposes, and it has grown to become the biggest medicinal cannabis market in Europe.

Initially, the Christian Democratic Union, led by Chancellor Angela Merkel, has always opposed cannabis legalization in Germany and even insisted on tightening current drug laws. Other parties, for example, the Green Party, initiated the decriminalization of recreational marijuana and proposed its legislation in 2017. Except for the CDU and right-wing party Alternative für Deutschland (AfD), all parties in the Bundestag supported this initiative. In the March of 2017, the German government introduced the new legislation permitting the use and possession of cannabis for medicinal purposes.

Now the Federal Institute for Medicines and Medical Devices is responsible for issuing licenses to commercial enterprises to sell and cultivate marijuana. If earlier in Germany all products were imported, then because of high demand and low supply, local companies began to receive the first permits for cannabis cultivation in April 2019. Demecan, Aphria, and Aurora were among the first movers.

Cannabis in Germany is legal for certain medical conditions, but illegal for recreational use, though private possession of marijuana in the ”small amount” (which is 6 g for most lands and 15 g for the capital) is not always listed as an offense.

The use of marijuana without a prescription is illicit, but it’s interpreted as an intentionally self-inflicted injury and therefore is not prosecuted. Even a positive drug test doesn’t mean that the person illegally bought the weed.

At the same time, the federal drug law stipulates imprisonment for up to 5 years for illegal possession and sale of cannabis. The offender can be sentenced to up to 15 years’ imprisonment under aggravated circumstances (for example, selling marijuana to minors).

How to get medical cannabis in Germany

Nowadays, reputable scientists from the United States, Israel, the Netherlands, and many other countries declare the effectiveness of marijuana use for the treatment of many diseases, and thus more and more patients are getting interested in cannabinoid products. The following conditions can be the grounds to get medical marijuana for therapeutic purposes:

So, there is a need to clarify what should be done to get medical marijuana legally and paid for by health insurance. Please, follow the simple step-by-step procedure.

1. Obtain a written recommendation from your doctor confirming that cannabinoids are the most appropriate treatment for your case.

3. Apply to the insurance company to reimburse the cost of medications.

There are different types of medications covered by health insurance: among them Sativex, Dronabinol, Nabilone, cannabis flowers and full spectrum cannabis extracts .

Given the medical marijuana legalization, weed imports are at their highest level, and the German market is considered to be the largest legal cannabis market outside North America.

According to statistics, approximately 4 million Germans use marijuana. The following diagram of cannabis flower imports is a confirmation of the high cannabis demand for therapeutic purposes in Germany. In the first half of 2020, 4126 kg of marijuana was imported, which is 60% more than in the same period in 2019.

While the legalization of medical marijuana in Germany was expected, no one predicted the demand among patients to be that high. So, in the first 10 months after the official permission to distribute and purchase medical cannabis (from March to December 2017), insurance companies received more than 13 thousand requests to cover the expenses. According to reports from insurance companies, they satisfied about 62-64% of these requests.

In the first year of legalization, the number of patients increased from 1000 to 8000 people. By November 2018, this had risen to 40 000 patients. By the end of 2018, legal sales of cannabinoids brought $73 million to the budget, and the sales volume is growing rapidly every year. Revenues are projected to rise to 136 billion by 2028. Currently, approximately ⅔ of health insurance companies cover the expenses of patients who have been prescribed medicinal weed.

On the problems of the medical marijuana industry development

Key challenges related to cannabis usage are the need to promote safe access to quality cannabinoid products and simplify the procedure of issuing prescriptions. Many patients are interested in getting certified products, as growing marijuana plants for personal use is still prohibited by law. Yet, there are several hindrances to buying medical cannabis products safely and affordably.

On the one hand, due to the relatively high cost of treatment with imported cannabis-based drugs (for example, flowers cost about €23 per gram) and frequent refusals of insurance companies to cover therapy costs, many patients can’t afford to have medical marijuana. Some decide to completely abandon the idea of getting potentially effective medications to alleviate their condition, while others prefer buying marijuana illicitly, realizing all the risks.

On the other hand, it’s also not easy to find a doctor who is willing to prescribe marijuana even if a patient has a qualifying condition. Many doctors fear the increased demand for medical cannabis among patients without substantial indications, which can discredit their reputation. Others are skeptical about the medicinal properties of cannabinoids in general. On top of that, doctors complain about the increased bureaucracy and recourse claims risks. Therefore, it’s imperative to simplify the prescription system all while keeping doctors and patients safe.

Prospects for the development of the medical marijuana market

As soon as the German parliament made a landmark decision to legalize medical marijuana, international companies got interested in opening a new market for selling their products. The point is, cannabinoid products sale is a lucrative and highly sought-after business. Many products were delivered from Portugal, Canada, and the Netherlands since there were no domestic GMP-certified companies in Germany that could take over the production of cannabis-based drugs to cover the needs of the German market.

Earlier it was anticipated that by the end of 2020, the first crop of 650 kg, grown on German soil, would be harvested. However, for numerous reasons, this has not happened yet, which means that the prospects for foreign companies are still relevant.

It’s important to understand that there is great potential in using cannabis for medical purposes. Everyone is interested in medical marijuana market development: patients, foreign suppliers, and local companies. Now the public is actively raising the question of the complete legalization of cannabis and the full opening of the market, which will bring even more prospects for both sides.

The article is based on information provided by Drapalin experts.