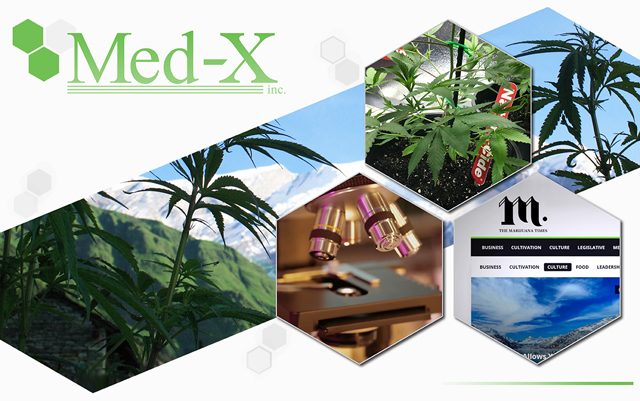 With all regulatory matters resolved in its favor, Mex-X, Inc. is pleased to announce a return to Regulation A+ equity crowdfunding via the StartEngine platform.

Med-X’s offering was temporarily suspended in September, 2016 by the Securities & Exchange Commission when it learned that Med-X had inadvertently failed to timely file its first annual report.  Even though Med-X took full responsibility for the late report and acted quickly to come into compliance, the SEC Enforcement Division sought to have Med-X permanently suspended from using the Regulation A+ crowdfunding exemption.  This left many securities experts scratching their heads, as such persecution is abnormal for a single late filed report, and it would also adversely affect companies from using Regulation A+ exemption to raise capital, which is growing in popularity amongst small businesses.

Despite other issuers also filing untimely reports, the SEC seemingly decided to make an example out of Med-X in an attempt to create a new strict liability policy for late filings by Regulation A+ equity crowdfunding companies.  Med-X’s management and securities counsel vigorously disagreed with the SEC’s position and decided to challenge the suspension via a hearing before an SEC Administrative Law Judge.  This was done not only for Med-X and its investors, but to benefit and help protect all other Regulation A+ companies. Given the SEC wins over 90% of its administrative proceedings, this was no small undertaking.

During the suspension and nine-month administrative hearing process, Med-X was forced to scale back operations while fighting the suspension order. After all the hearings and briefings, on May 8, 2017 the Honorable Jason S. Patil, ruled in Med-X’s favor and vacated the SEC temporary suspension. Judge Patil rejected the SEC arguments and concluded:

“Based on this record, Med-X inadvertently failed to meet its reporting requirements because of a mistake by learned counsel. Upon being advised of that erroneous interpretation, the company embarked on a commendable effort to successfully and expeditiously correct the deficiency. Though reporting requirements exist to provide current and potential investors with important information, the record reflects that investors were not significantly harmed and that a permanent suspension would not only adversely impact Med-X investors, but would unreasonably chill the use of Regulation A to raise capital. As such, the temporary suspension of Med-X’s exemption will be lifted.”

James Moyle, who represented Med-X in the administrative proceedings, praised the judge for his, “Smart, thorough decision,” and called it, “A complete win for Med-X, small businesses and the JOBS Act. It stands as proof that companies can stand up to the government for what’s right and get a fair shake in the SEC’s own backyard,” Moyle said.

Matthew Mills, Med-X’s President and Chief Operations Officer stated that, “Once the initial ruling became a reality, Med-X immediately sprang into action to resume Crowdfunding efforts by preparing and filing a Post-Effective Qualification with the SEC.”  On June 30th, 2017, the SEC Re-Qualified Med-X’s Offering with no comments. Thereafter, the Company has been waiting for the SEC to issue the official Notice the Decision is Final in order to resume its equity Crowdfunding under Regulation A+. After 109 days from Judge Patil’s decision, the Company received the SEC Final Notice on August 24, 2017.

According to Mills, “Despite the distractions this past year, the management team has been diligently working on its business model and continues positioning the Company in accordance with its initial plan of operations.  The primary focus will be on the Nature-Cide product line for natural pest control in cannabis cultivation, along with the continued development of the popular online cannabis industry publication, The Marijuana Times.”

In March, 2017, the Company released the highly anticipated 18-Month Nature-Cide Integrated Pest Management (IPM) for Cannabis Cultivation Report.  According to Mills, “The 18-Month report began shortly after realizing that the Nature-Cide pesticide products were being recognized by multiple State Agricultural departments as a product that is approved for use in medical and recreational Marijuana Cultivation.”

The report has led to recent activity for Med-X in the state of Colorado, as licensed pest control operators are now being called upon to treat multiple cultivation and dispensaries to keep cultivators compliant with State pesticide application rules. By the same token, California cannabis cultivation suppliers are now calling on Med-X to supply Nature-Cide products in various cultivation settings in light of the impending and expected pesticide regulations in multiple states.

Since the temporary suspension, The Marijuana Times scaled back its marketing activity to drive and build readership. However, the digital publication has continued to grow and retain tens of thousands of readers monthly. During this time, management continued build out of the MJT Network and The Marijuana Times social media platforms. This has resulted in constant social media activity, with tens of thousands of followers, organic impressions and video viewership that has jumped, reaching millions of Social Media users from around the world.

“We are excited to resume our plan of operations, and are very grateful to the many who continue to believe in and follow our mission. Over the last year, we have forged a number of relationships throughout the world. The Marijuana Times has continued to keep the mission alive with a constant flow of content, that brings a high level of confidence of how we can continue to inform and gather the masses,” states Med-X, Inc. Chief Executive Officer, Dr. David E. Toomey.

Med-X, Inc. Direct Public Offering (DPO) gives all types of investors access to its Crowdfunding Regulation A+ stock offering. The Crowdfunding portal StartEngine.com, is now accepting investment funding for Med-X, beginning at the $420 level for 700 shares as a minimum investment.

ABOUT MED-X, INC.
Med-X, Inc. is a Nevada corporation formed in February 2014 to support the fast-paced emerging cannabis industry through such activities as compound identification and extraction of the identified cannabidiol (CBD) compounds for the present medical industry demand. The company’s digital magazine, The Marijuana Times, publishes high quality media content for the medical cannabis community to potentially generate revenue from advertisers as well as sell industry related merchandise to consumers. The company has developed various products to market into the cannabis, agricultural and ancillary services industries through manufacturing partnerships such as the Nature-Cide pest control products. For more information regarding Med-X, Inc., please visit www.medx-rx.com, email info@medx-rx.com or call 818-349-2870.

DISCLAIMER AND FORWARD-LOOKING STATEMENTS
The securities offered by Med-X, Inc. hereby are highly speculative. Investing in shares of MED-X, INC. involves significant risk. This investment is suitable only for persons who can afford to lose their entire investment. Furthermore, investors must understand that an investment could be illiquid for an indefinite period of time. No public market currently exists for the securities and if and when a public market develops following this offering it may not continue. You should read the offering circular  as well as all Securities Exchange Commission filings before making any investment in the Company.

This release may contain forward-looking statements regarding projected business performance, operating results, financial condition and other aspects of the company, expressed by such language as “expected,” “anticipated,” “projected” and “forecasted.” Please be advised that such statements are estimates only and there is no assurance that the results stated or implied by forward-looking statements will actually be realized by the company. Forward-looking statements may be based on management assumptions that prove to be wrong. The company and its business are subject to substantial risks and potential events beyond its control that would cause material differences between predicted results and actual results, including the company incurring operating losses and experiencing unexpected material adverse events.