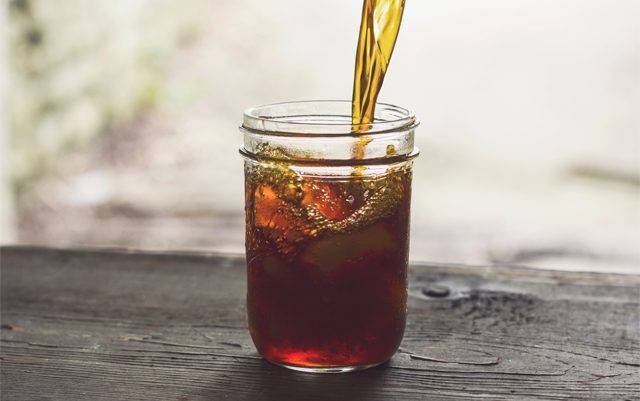 The number of major corporations looking to cash in on the cannabis industry continues to grow. According to a report from The Wall Street Journal, Arizona Iced Tea is making a $10 million deal with a Denver-based edibles brand to sell cannabis-infused products.

The edibles company from Denver is called Dixie Brands Inc., and they are already a major distributor of cannabis-infused products in five states. The partnership with Arizona Iced Tea will reportedly start off with offering vape pens and gummies, and will eventually start producing beverages like tea, soda, coffee, lemonade, and seltzer. The brands plan to start selling their products in the U.S., and then expand to Canada and Latin America. The deal is still pending approval from the board of directors at the Dixie Brand. If approved, the deal would give Arizona a large stake in the Dixie Brand.

The partnership with the Dixie Brand is another bold business move from the Arizona Iced Tea company, as they are known for taking unique marketing strategies. This July, Arizona partnered with Adidas to sell tea-branded sneakers for 99 cents at a pop-up in New York City. The event was shut down by NYPD before it could even start, because teenagers were assaulted. The Arizona brand hopes that their cannabis industry venture goes more smoothly than their sneaker venture.

Arizona joins other major beverage companies to enter the legal cannabis and CBD markets, joining the parent company of Corona, Svedka vodka and Mondavi wine, who made a $4 billion equity investment in a cannabis company. Last year, Coca Cola announced that they were in “serious talks” with a cannabis brand to produce a CBD drink that would be meant for “recovery”. Molson-Coors reported they had plans to partner with a Canadian cannabis producer. Even Canadian Walmarts are seeing dollar signs and are thinking of entering into legal cannabis sales.

As drinkable and edible cannabis becomes more and more corporate, there has been a lot of push back from some advocates who see these mega moves as pushing out the smaller businesses who have been doing most of the work for legalization for decades. As for the drinkable cannabis industry itself, these large corporations might be a bit mistaken as to how popular cannabis-infused beverages might be. Market reports indicate that most people want to consume cannabis in vape pens, infused food, and flower. Only time will tell if these major beverage corporations will dominate the legal cannabis consumables market, and those of us who advocate for small cannabis businesses will be watching carefully.