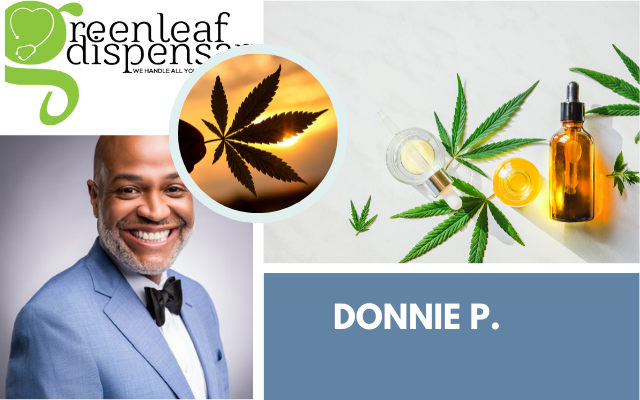 This month we saw a measure enabling the decriminalization of marijuana at a federal level pass through the U.S. House of Representatives. The bill now awaits to be officially introduced in the Senate for a vote, where it’s expected not to pass. Although several states have already legalized marijuana use to varying degrees — largely for medical use — marijuana remains on the list of controlled substances by the federal government. The result is a cannabis industry on shaky ground, both legally and economically, and in desperate need of correction.

Under the U.S. Constitution, federal laws preempt state laws, so even though marijuana has been legalized in several states, possession and distribution remain crimes at a federal level. As a result, funding and tax operations are complicated and contribute to the disappointingly low percentage of minority-owned cannabis businesses. And let us not forget the thousands of individuals who are sitting in jails and prisons across the country for marijuana possession crimes. Making the legalization of marijuana a state issue, rather than a federal one, would alleviate some of this pressure.

The Challenges of Starting a Cannabis Business

The current laws are set up in a way that makes it very difficult for people to start up a cannabis business because of the high upfront costs. Unlike most small business owners, cannabis entrepreneurs cannot go to the bank and get a loan to kick-start their operations since marijuana is a schedule one controlled substance. While there are other sources of funding that people can turn to for financing, such as cannabis-specific investment groups, obtaining this funding is a challenge.

Because of the lack of funding from traditional sources, minority entrepreneurs often have difficulty breaking into this lucrative industry. Although there is plenty of money to be made in cannabis, you can’t operate a dispensary like a regular business. The lack of resources available for entrepreneurs hoping to get a start in the industry has made it difficult for African Americans to launch businesses of their own. When you add on the fact that African Americans are arrested for marijuana possession at a disproportionately high rate, it’s apparent the system at play is not working to ensure everyone who wants to break into the industry is on the same level playing field.

Running a cannabis business also makes filing taxes tricky, given that you are operating a business that is legal under state jurisdiction but still illegal federally. For most retail businesses, the main tax taken into consideration is sales tax, which applies to any retail sales of cannabis products. However, depending on the state your business operates in, you also have to think about special business and occupation taxes, or excise taxes that may apply.

Even more challenging is the status that goes along with cannabis businesses when filing tax returns. Since, under federal law, your business is still considered trafficking in illegal drugs, you are not eligible to claim tax credits or deductions for business-related expenses per section 280E of the Internal Revenue Code. These tax provisions are helpful to any small business, particularly those in their infancy, so depriving cannabis businesses of these is frustrating.

Correcting the Justice System Through Legalization

The benefits that the legalization of marijuana would have on small business owners are evident and extensive. But what about the 40,000 people who are currently incarcerated for marijuana possession? How can the cannabis industry be booming, yet across the country people are still locked up and paying the price for an herb that is sold over the counter? Non-violent drug offenders are faced with a situation where they struggle to get jobs and have lost their right to vote, even though others are no longer reaping consequences for the same actions.

Much of the legislation proposed regarding the legalization of marijuana — including the Marijuana Opportunity Reinvestment and Expungement (MORE) Act — seeks to establish a process to expunge the convictions of non-violent offenders. This is a crucial first step in correcting the wrongs that we have committed against African Americans and other people of color in the criminal justice system.

Thankfully, strides are being made towards the decriminalization of marijuana that will help make the cannabis industry safer and more accessible for entrepreneurs.  After years of people of color being disproportionately affected by the criminalization of marijuana, it is time for minority entrepreneurs to reap the benefits of its legalization. Perhaps, then, some of these injustices can be rectified. Your move, Senate.