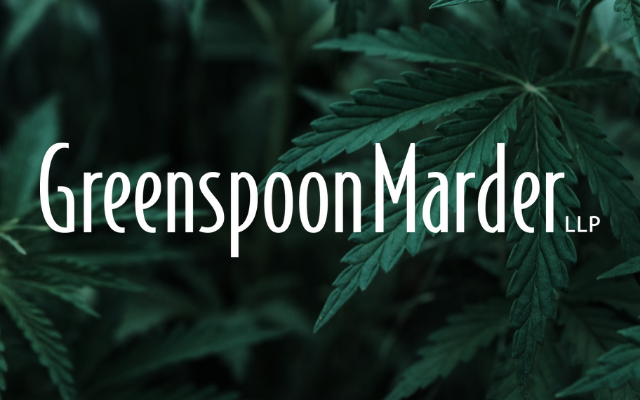 In early 2020, thousands of entrepreneurs from Illinois (and across the country) submitted license applications for adult-use cannabis dispensary, craft grower, infuser, and transporter licenses. The vast majority of these applicants qualified as Social Equity Applicants under Illinois’s Cannabis Regulation and Tax Act (the “Act”).

Our client 1837 Craft Grow LLC (“1837”) submitted a 728-page craft grower application as a Social Equity Applicant. As required by the application, 1837 also secured an option for real estate and paid significantly for the right to purchase the property if awarded a craft grower license.

The Act set two definitive deadlines; the Illinois Department of Agriculture (the “Department”) was required to issue up to 40 licenses by July 1, 2020, and up to another 60 licenses by December 21, 2021. The Department missed the first deadline badly—it did not announce the first 40 license winners until over a year later on July 15, 2021. 1837 was not amongst the first 40 license winners. Notably, all 40 winners were majority Veteran-owned applicants and thus obtained additional points on their applications that were not available to 1837, which was not a majority Veteran-owned applicant. Nevertheless, while waiting for this initial announcement, 1837 needed to and did obtain multiple extensions from the seller of the real estate to keep its purchase option open.

In addition to announcing the first 40 winners in July 2021, the Department also announced that it would issue the next 60 licenses to the same applicant pool by the December 21, 2021 deadline set forth in the Act. Incentivized by this announcement, 1837 secured additional extensions of its option to January 31, 2022. By the time 1837 obtained the final extension, it had deposited $75,000 in earnest money with the seller.

It soon became clear that the stay would force the Department to miss the December 21, 2021 deadline, resulting in palpable and justified frustration from 1837. After having followed all the rules and reasonably relying on the Act’s statutory deadline, 1837 was threatened with either losing real estate and earnest money that it may desperately need (if it was eventually awarded a license), or closing on an expensive property that it may have no use for (if it was not eventually awarded a license). As we suspected, and soon came to confirm, dozens of other applicants faced similar prospects of serious financial harm as a result of this impending missed deadline.

On behalf of 1837 and six other similarly situated applicants, we sought to intervene in the disqualified applicants’ consolidated lawsuits to present our position. We tried to be reasonable. Instead of asking the court to reverse the stay and permit the Department to announce and issue all 60 licenses, we asked that it modify the stay to permit the Department to issue up to 47 winners. From our perspective, this was a viable compromise; the Department would get to meet its statutory deadline, the disqualified applicants would have a license available to them if they were ultimately successful in overturning their disqualifications and otherwise qualified for a license, and 1837 and other similarly situated applicants would receive critical information that would assist in their business decisions going forward, including with respect to real estate.

We never got to present our position. The court denied the petition to intervene and thus did not even consider our argument as to why the stay should be modified. The court went on to affirm the scope of the stay on the announcement of all 60 license winners, and set the next hearing date for March 10, 2022, nearly three months after the statutory deadline of December 21, 2021.

1837’s frustration turned to desperation. With a January 31, 2022 closing date and a March 10, 2022 hearing date, the normal appellate process was not a viable option. Illinois Supreme Court Rule 383, however, allows parties to ask the Illinois Supreme Court for a supervisory order when a lower court has acted outside the scope of its authority and the normal appellate process will not provide appropriate relief.

The Greenspoon Marder team filed a Rule 383 motion on behalf of 1837 on January 5, 2021. The argument was similar to the one we tried to raise in the lower court: (1) the stay of all 60 licenses is overbroad because the disqualified applicants would be, at most, entitled to 13 of those licenses if all were successful; and (2) announcing up to 47 winners would provide applicants like 1837 with critical information to help them avoid catastrophic financial consequences arising from the missed December 21, 2021 deadline. In addition, we attached affidavits from 12 other craft grow Social Equity Applicants (L~evation Botanicals LLC, Shermer Farms LLC, SCGC, LLC, Big City Ventures LLC, EJ’s Dream LLC, Green Aero, LLC, Kind Craft Grow and Transporter LLC, Mother Marys Meds LLC, Imperial Products, LLC, Alpha Consulting and Management, Inc., Tierra Industries, LLC, and GCF Industries Inc.) which confirmed that 1837 was not alone. While each applicant’s situation was unique, all 12 applicants followed the rules, relied on the statutory deadline, and were now facing the prospect of serious financial harm through no fault of their own.

Our Rule 383 Motion presented the Illinois Supreme Court with a unique opportunity to offer relief to those applicants and dozens of other Social Equity Applicants without causing any harm to any other parties. Nevertheless, the Illinois Supreme Court denied the Motion without explanation on January 27, 2021, meaning this latest delay will continue indefinitely. That is disappointing. For the last two years, politicians, bureaucrats, and judges have ignored applicants like these, and frankly, they deserve more. If Illinois wants the inclusive, equitable Illinois cannabis market it promised, it needs to do better.