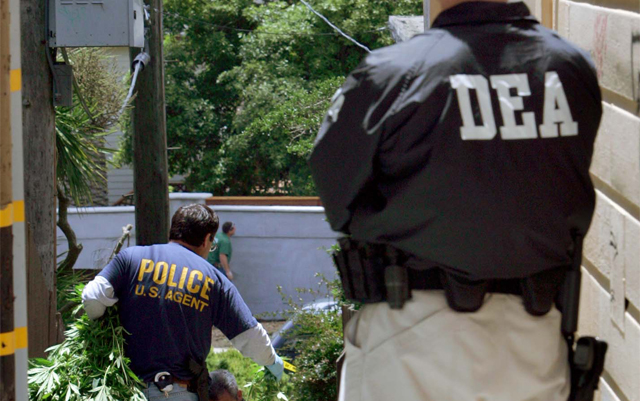 Due to The Cannabis Legalization Movement, Illegal Cannabis Seizures Have Dramatically Decreased Over the Last Few Years

A recent study shows that state-level cannabis legalization is impacting the illicit market, and the DEA has drastically less illegal cannabis to test and analyze because of it. According to Mahmoud ElSohly, who both authored the study and heads the U.S.’s only federally legal cultivation facility at the University of Mississippi, “The number of samples received over the last 5 to 6 years has decreased dramatically owing to the legalization of marijuana for either medical or recreational purposes in many U.S. states.”

Published in the journal Biological Psychiatry, the study found that illegal cannabis seizures began to decline in 2011, with >2432 exhibits. By 2019, there were less than 100 exhibits.

The decline in illegal seizures of marijuana isn’t the only finding that seems to support that cannabis legalization is making a positive difference. FBI data shows that cannabis-related arrests dropped sharply in 2020 as well.

While making adult-use cannabis legal in Pennsylvania has been part of the agenda for Democrats in the state for some time, there is now a piece of bipartisan legislation that supports legalizing recreational cannabis. This is the first bill of its kind to garner support from a Republican lawmaker in PA. Because Republicans control the House and Senate in the state, many feel that having a Republican senator supporting the bill could go a long way in its passage.

The bill, SP 473, is sponsored by Senators Sharif Street (D) and Dan Laughlin (R). It would legalize marijuana for adults 21 and older. In a public statement, Sen. Street has described ending cannabis prohibition as “An issue whose time has come … an expensive failure of public policy which has criminalized patients, personal freedoms and impacted generations in a failed war on drugs that continues to burden taxpayers with growing costs to our criminal justice system. This bill makes both moral and fiscal sense and prioritizes the people of Pennsylvania.”

Representative Charlie Crist, a Democratic candidate for Governor of Florida, has announced that he is in favor of legalizing cannabis for the state. Crist also says he supports expunging the records and sentences of all minor cannabis-related offenses, including misdemeanors and third-degree felonies for marijuana possession.

Rep. Crist is calling his plan “The Justice for All” platform. It also includes objectives for using tax revenue from a state-legal cannabis industry to fund drug treatment and diversion programs, as well as support for public school teachers and law enforcement.