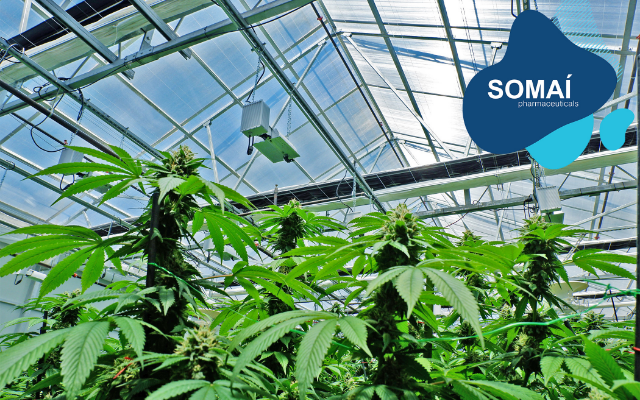 The European Union is following the pharmaceutical path, using their already existing regulatory agencies and distribution channels, to reach up to 741 million citizens and in an effective and organized manner. Europe is further taking the first step to acknowledge the medical benefits of cannabis before the U.S. federal laws have. Oddly, the US is pushing for this in Europe which may signal changing winds from the scientific community rather than political community.

Europe’s emerging infrastructure will be more equipped to enter GMP and pharmaceutical distribution networks than the U.S., since state-by-state rules didn’t require these higher standards of reporting and consistency to get mass distribution.

The Benefits of Pharmaceutical Standardization

Consistency of product and regulation of product through the strictest standards of pharmaceutical standards, on top of GMP standards, can ensure that patients will get a product that is safe and standardized. The benefit of starting with existing regulators and standard practices for farming and manufacturing cannot be understated, since support of rules from the top creates uniformity and acceptance much faster.

Canada is already retooling facilities to conform to EU-GMP standards and it is costly and drawn out. The US will face this with federal regulation, and it will be an incredible set-back for existing grows and manufacturers to conform to regulatory needs. Europe is starting the process correctly from the start and in a few years will be technically ahead of other countries trying to be global players.

Europe will be distributing in already existing channels of massive pharmaceutical networks that reach the mass population. There is no generic website and mailing like Canada’s start. And there is no need to add specialized dispensaries like Canada is now doing and the US has been building successfully for years.

Capital in Europe will be used to create great products at affordable prices for the masses. It is always costly when sales and distribution must be created from scratch, and as successful as the U.S. has been, it is still a slow process and the black market continues to proliferate due to high prices and accessibility. Europe will be the next model and you can be sure that Canada and the U.S. will follow. Large national networks will get involved in the distribution of cannabis requiring another retooling in those markets.

Because of the acceptance of cannabis medically in Europe, you are already seeing scientists frustrated with U.S. rules turning to Europe for research and development of products containing cannabis. GW pharma’s success in the EU and subsequent approval in the US should have been a shot across the bow for manufacturers. The EU is emerging as an early leader in R&D and should retain that position as politics in the U.S. is disjoined from science.

Somai Pharmaceuticals was created in Portugal for this exact reason, to have a standardized platform regulated by existing rules that are fairly clear in-order to create and research acceptable applications for patients. Europe has had the benefit of seeing two large developing markets, and what you will see is the US and Canada will be following their approach in short order.

How Does Europe Lead the Way?

Pharmaceutical and GMP standards are where everyone will need to be in the cannabis space in the coming years. Mass distribution that already exists will help consistency and pricing for consumers at all parts of the world. And accepting R&D is only common sense to improve formulations and understandings of cannabinoids, major and minor, to help patients better and educate patients better. Europe is the place to be.