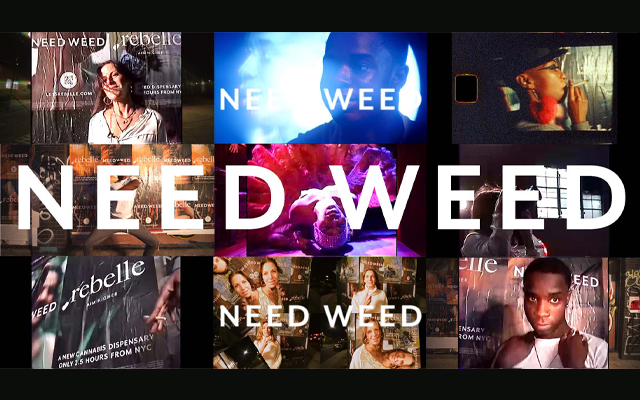 Honeysuckle has teamed up with Rebelle Dispensary (the closest dispensary from NYC) in creating a series of commercial videos for the brand’s #needweed marketing campaign in NYC, which launched January 4th. Honeysuckle’s content is at the intersection of arts, culture and cannabis. Creative Director Sam Long and Honeysuckle Publisher and Founder Ronit Pinto co-directed and produced a series of three videos that feature two New York-based artists Kai Jmarii, a talented Bronx based dancer, influencer and tik tok sensation; as well as the ‘Josephine Baker of NYC,’ MIA the MVP, a well-known Burlesque dancer in NYC.

The third reel features Rebelle CMO Geraldine Hessler photographing Rebelle founder Charlotte Hanna in front of freshly pasted boards in Brooklyn. The idea behind the campaign is to bridge cannabis, the arts and New York City; to illustrate how the plant is used for various purposes; and to further our collective plight to destigmatize the plant.

Honeysuckle’s Rebelle #needweed campaign will be featured on honeysucklemag.com, youtube, as well as the influencers’ social platforms. Honeysuckle will feature elements and assets of the campaign in their February Black History Month, Freedom of Speech themed print edition featuring Wiz Khalifa on the cover.

The three artists’ videos can be viewed below: