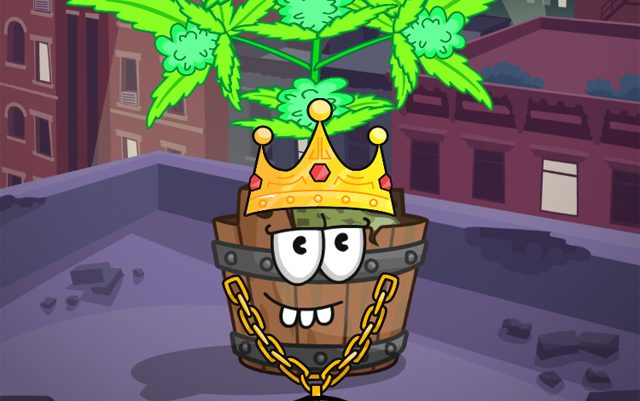 What is Neon Roots?

Neon Roots is an LA-based app development team that specializes in building mobile and web applications. The team at NR backs up their high quality development skills and innovative business insight with an extremely impressive client list ranging from Snoop Dogg to Tony Robbins.

With an extremely skilled team of devs with a passion for cannabis culture, it’s no secret why NR’s new game Pocket Buddy is generating so much success.

The premise of the game is simple: Pocket Buddy allows users to grow their own personal plant, craft rare seeds, customize their creations, and share their sticky icky results with friends. Initial ideation for Neon Roots was quite simple: build a game that they would want to play themselves. Pocket Buddy is the perfect boredom-crusher for when you’re waiting in line or in between classes – just get your seeds planted and watered and come back for harvest whenever your bud is done growing.

Putting Weed in the Limelight

Besides Pocket Buddy’s extremely addictive gameplay, the application serves a pretty big role in the cannabis and app development community. Through their use of sparkly visuals and bold colors, Neon Roots and Pocket Buddy are working to destigmatize the current stereotypes associated with marijuana. 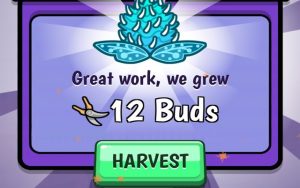 Technology and mobile app development play an enormous role in the cultural acceptance of cannabis. Pocket Buddy is fun for everyone and the game art appeals to both experienced cannabis users and someone wanting to grow some dank Alien Bud on the way to work.

Pocket Buddy brings together two things that everybody loves: cannabis and customization. Start out by naming your Pocket Buddy and watering the initial sprout. When even the first harvest of shwag looks that beautiful on screen, the stunning visuals are instantly apparent and it’s clear why this game is appealing.

The game becomes more intricate with customization options and different buds to grow without becoming complicated or cumbersome. As you level up, you can grow many different strains that increase in street value. With pretty much endless customization, it’s important to keep growing, keep selling, and saving up cash to buy new accessories to deck out your Pocket Buddy and share with your friends.

Apparently, the Neon Roots team members aren’t the only people that like to grow bud from our smartphones. After its initial release, Pocket Buddy has reached the App Store’s Top 100 Simulation games, trended in the App Store, and hit #1 at Product Hunt.

Drew Harding shared some insight into just what makes Pocket Buddy and the Neon Roots team as a whole so successful:

What was one challenge you had to overcome during the development process?

The gameplay was initially intended to have a bit more depth. As such, the game balancing (leveling and crafting) was designed accordingly. However, we eventually discovered that this allowed for crafting exploits and massive gains. After we figured this out, we soon became the first Pocket Buddy millionaires! So after the game had already been live for a few months, Franky (the Game Designer) and I sat down and reworked all of the game balancing based on a more streamlined game play.

Pocket Buddy’s success proves that agile, iterative development is the way to go. To us, agile development is mainly about being able to analyze, adapt, and rework – at any stage in the project. Cannabis is the only category growing as fast or faster than technology, and Neon Roots already has some massive experience and influence in this field through Snoopify and MERRY JANE.

What does Pocket Buddy mean for cannabis culture and Neon Roots?

Pocket Buddy is just a fun way to make weed the topic of conversation. The more everyone talks about it, the less taboo it becomes – and this benefits research for medical patients as well as to destigmatize current stereotypes and change the current legislation.

At Neon Roots, we try to use the mediums that we know best to promote cannabis culture and make it the topic of conversation. We’re always super excited when a popular cannabis influencer wants to reach out and get something built, but there’s nothing quite like building something in house like Pocket Buddy. The game was a natural project for the Neon Roots team; Pocket Buddy is just the result of a bunch of amazing people with a passion for cannabis.

As Pocket Buddy continues to grow, the dev squad at Neon Roots remains super excited about continuing to polish the game and coming out with brand new seeds, accessories, and other new features. Be sure to check back frequently to make sure that you and your Pocket Buddy have all of the latest gear.