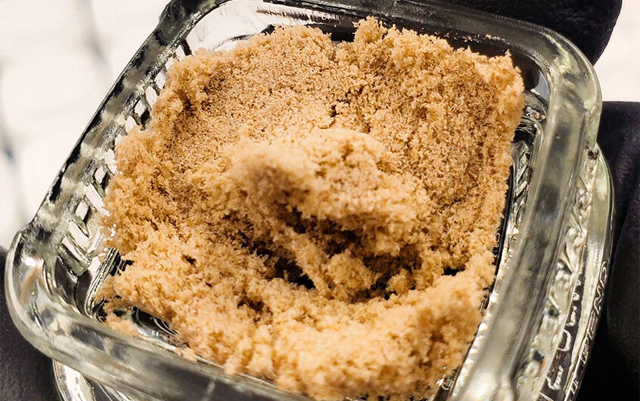 Green Meadows, a cannabis company based in the heart of Southbridge, Mass., launched General’s Aide, its first line of cannabis products manufactured in-house. The General’s Aide product line was created to provide consumers with quality products that are made responsibly and support the veteran community. A percentage of proceeds from every General’s Aide purchase is donated to a veterans-focused charity selected by Green Meadows, such as Folds of Honor, Operation Troop Support, and Disabled American Veterans.

General’s Aide products are the result of partnerships with premier, like-minded cultivators across the state, which are then expertly processed in Green Meadows’ 35,000-square-foot cannabis production facility that sits in the same restored 19th century mill building as the dispensary. Leveraging Green Meadows’ extensive experience in botany science, horticulture, and organic methods of extraction and processing, General’s Aide products are potent, terpene-rich, and often test in the higher ranges of TAC and THC. This first wave of Green Meadows’ manufactured cannabis includes Bubble Hash concentrates and infused pre-rolls. Bubble Hash products are solventless concentrates created using ice and water to extract THC crystals from cannabis.

“Many Bubble Hash products are green and compact, but General’s Aide Bubble Hash is blonde and fluffy because our extraction team conducts a rigorous, multi-layered sifting process that is more robust than the industry standard ,” said Benjamin Bourque, Executive Vice President of Cannabis Production. “The finer the hash is sifted during production, the blonder and more potent the resulting product, as it results in fewer plant particles attached to the hash.”

“At Green Meadows, we believe that cannabis consumers deserve great products that are made responsibly and with integrity – and without harmful and unnecessary chemicals,” said Bob Patton, Chairman, Green Meadows. “General’s Aide was born from our uncompromising commitment to natural, sustainable methods of extraction and processing and brings us one step closer to realizing our vision to bring adult-use customers and medical patients alike our own homegrown, organic cannabis that is sustainability cultivated to organic standards right in our backyard.”

Serving the veteran community is central to Green Meadows’ mission as a company, as well as its founders, the Patton family. The acquisition of its medical license, and ultimately serving medical patients this fall, are critical steps to ensure Green Meadows can meet the needs of those who served. In addition to donating a percentage of every General’s Aide purchase to veterans’ charities and supporting research into PTSD, opioid dependency, social isolation and pain-related issues, Green Meadows is also committed to having the most aggressive veteran discounts for medical patients in the state.