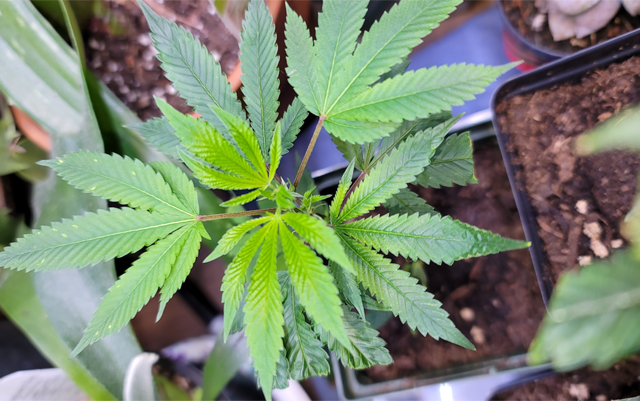 Green Meadows, a cannabis company based in the heart of Southbridge, MA, is among the first cannabis operators in the state to bring its organic clones to the growing population of cannabis consumers looking to grow at home. With a wide array of genetic strains available out of the gate, (Orange Harambe, Larry Lovestein, Colin OG, Chem Fuego, and Zkittlez Glue have all been sold thus far), Green Meadows has made these clones available for purchase seven days a week at its Southbridge dispensary. The young cannabis plants, which home growers can purchase up to six of at a time, are on sale for $30 per clone, or six for a total of $150.

The cultivation team at Green Meadows, overseen by head grower Josh Turner, is also working on the launch of several new genetics, including Blueberry, Gummy Buns, Papaya Punch, and in-house proprietary cultivars known as Hell on Wheels and Legend of Lime. All strains are grown organically in living soil at Green Meadows’ 35,000-square-foot cannabis production facility that sits in the same restored 19th century mill building as its dispensary. Green Meadows has launched a breeding program to continue the development of its own proprietary strains, but several more well-known cannabis genetics will also be cultivated on-site, such as Banana OG and Bubba Kush.

“At Green Meadows, we believe the best consumers are educated ones, which is why we are also offering a clone education program,” said Rob Patton, co-founder and Chief Marketing Officer at Green Meadows. “Later this month, we are launching a series of educational seminars centered around organic cannabis cultivation.” The first sessions, which Green Meadows is calling Organics 101: Grow at Home, will be held after operating hours at the dispensary on Wednesday, June 22nd at 7pm, and Sunday, June 26th at 6pm. Both events will also be hosted as Facebook Live events for those attending virtually. People interested in registering for the events can do so on the Green Meadows website. “Organic cultivation has always been a part of our core mission. We want cannabis consumers to understand the benefits of truly organic, sustainable cultivation and processing methods, which are not only better for them and for the environment, but also offer a smoother, more flavorful experience.”

Green Meadows’ large production space has been designed to deploy organic and environmentally responsible methods, which includes an integrated pest management program that exceeds Clean Green Certification standards, as well as new processes for fertilizer use, propagation and soil blending.

The cultivation team at Green Meadows leans into the principles of Korean Natural Farming which strive to create an ideal environment for microorganisms and plants to grow. Green Meadows leverages “living soil”, which uses indigenous microorganisms (IMOs) and plants, animals, and minerals from the local environment for feeding cannabis plants. This leads to richer soil that yields cannabis with more robust flavor and aroma profiles of the terpenes, which deepens the distinction between strains.