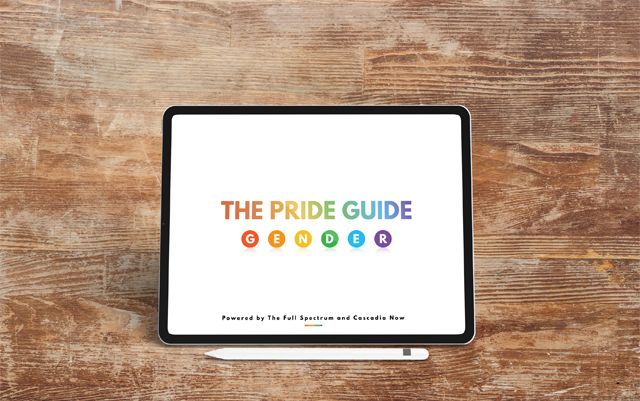 The social concept of gender has existed worldwide for centuries, but the perception of what is masculine or feminine typically changes from culture to culture. Still, those who fail to conform to the popularly accepted definitions of gender roles are often met with exclusion, indifference or even hatred.

There are biological factors that determine sex, including chromosomes, hormones and genitalia. But gender is determined through a person’s internal feelings called gender identity, and how they express their gender through their outward appearance is referred to as gender expression. While one’s sex is linked to biology, giving the distinctions of male or female, gender is a social idea.

“We should think about gender as a spectrum, and a person’s gender can really only be identified by themselves,” said Neil Lequia, TITLE of The Full Spectrum, a nonprofit organization that supports the cannabis LGBTQ+ industry and community. “We should encourage everyone to break free from societal norms when those norms do not reflect their personal experience. In doing so, we will be enabling individuals to feel fully comfortable to manifest their gender identity through their gender expression. This creates a world where everyone’s full potential can be reached. But we know it is not always easy to understand what can feel like foreign or uncomfortable concepts of gender. So in the spirit of LGBTQ+ Pride Month, we have partnered with Cannabis Creative Movement to educate on gender identity and expression.”

The result is the The Pride Guide: Gender, which provides a thorough overview of the issue of gender and why it is important to honor an individual’s gender expression. Many people think about gender as a binary concept, where there are only two options and a person must be either one or the other. However, throughout human history we know that many societies have viewed gender as a spectrum. To help individuals understand and express their gender better, they should consider their position in the following spectrums:

It is important to note that an individual’s position in the gender spectrum can change and evolve over time. The free downloadable Pride Guide: Gender was created in partnership by Cannabis Creative Movement and The Full Spectrum to help individuals understand and express gender more freely.

“Pride is focused on celebrating everyone’s right to freely express oneself and feel good about who they are,” said Katie Burrell, vice president and COO of PufCreativ, one of the founding partners of the Cannabis Creative Movement. “But Pride is more than a celebration of sex and gender, it is also a celebration of gender fluidity and the deconstruction of traditional gender roles. We are gratified by the opportunity to partner with The Full Spectrum to be able to provide resources that help break down these societal barriers.”

The Pride Guide: Gender is available free to download here and we encourage donations to The Full Spectrum through this link to help grow their message and amplify their resources to the public. To download other free guides from the Cannabis Creative Movement, please visit the website.

The Cannabis Creative Movement is a joint initiative of PufCreativ, an award-winning community-focused cannabis marketing agency, and The 9th Block, a branding + communications firm focused on the cannabis, healthcare and tech industries. The group welcomes participation from other cannabis creatives interested in generating awareness of critical issues facing the cannabis community. For more information, email the Cannabis Creative Movement at hello@pufcreativ.com.