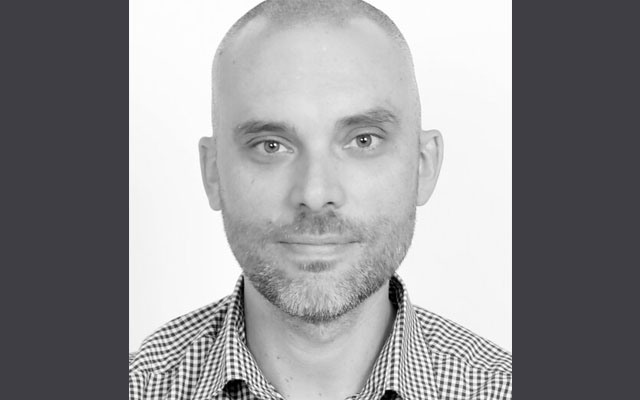 Independent extraction lab consultant Jesse Turner is bringing his experience and passion for CO₂ to Green Mill Supercritical as the company’s new Director of Research & Development, the company announced recently.

Turner earned his CO₂ credentials while operating labs for major industry brands, including Willie’s Reserve and Charlotte’s Web — where he became a CO₂ convert after working with ethanol his first six months on the job. At the time, Turner said this education changed the way he thought about his job, and he began to investigate how CO₂ extraction can provide greater flexibility to increase throughput while reducing time expenditures. It’s this passion to push the limits of CO₂ that convinced Green Mill to invite Turner to join its Advisory Board, as well as what will inspire his work as Director of R&D.

“Jesse Turner is an incredibly talented visionary, leader and industry innovator who has expanded the way we all think about CO₂ extraction,” said Wes Reynolds, CEO of Green Mill Supercritical. “It’s rare that you find someone whose personal passion so closely aligns with a corporate mission, but Jesse and Green Mill Supercritical are a perfect match. It’s going to be exciting to see where this partnership takes our company, and the industry.”

A longtime friend–and fan–of Green Mill Supercritical, Turner has become a leading CO₂ proponent and a primary driver of innovation in the space. Turner will report to Green Mill Supercritical’s Co-founder and Chief Technology Officer Jeremy Diehl and will be based out of Denver. Turner has already begun experiments on some key initiatives and early results are promising.

“Green Mill Supercritical has always been at the forefront of CO₂ innovation, and I’m looking forward to maintaining that tradition by moving the industry further than most thought it could go,” Turner said. “Years ago, my introduction to CO₂ completely altered how I approached extraction. My new role at Green Mill offers an exciting opportunity to pursue the possibilities I’ve been exploring for years. I think we will  be changing a lot more minds along the way.”

In his new role, Turner will serve as the face and voice of the company’s innovative spirit, supporting the manufacturing process as well as refining the Green Mill Supercritical product line. He will oversee experiments and feasibility studies on Green Mill’s products, data generation and analysis for externally published articles, as well as assist in marketing efforts. In addition, Turner will be responsible for growing Green Mill’s lab design business, intended as a custom solution for the production of refined botanical oils.