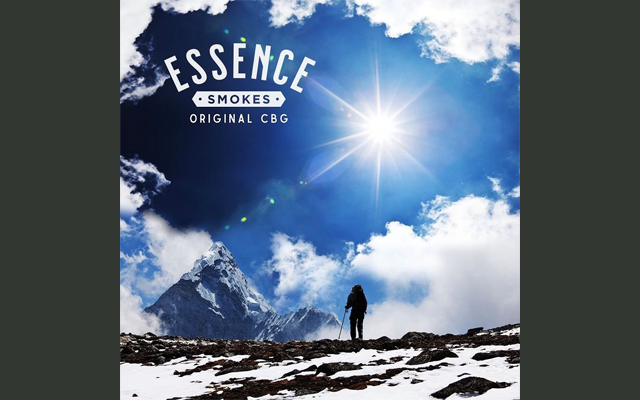 Products touting the hemp cannabinoid CBD flood the marketplace, including everything from tinctures and salves to pet treats, makeup and bottled juices.

But hemp contains more than 120 cannabinoids, which are natural compounds unique to the plant. One of them, Cannabigerol, or CBG for short, is only now reaching store shelves and online shopping carts.

And a Denver company, Essence Smokes (https://www.essencesmokes.com), now is introducing the world’s first hemp CBG cigarettes into the international marketplace.

“As a longtime, and thankfully former, smoker of tobacco products, I was especially keen to bring a nicotine- and additive-free product to the market,” says Essence Smokes co-founder and hemp veteran Greg Capolino. “Essence Smokes introduces people around the world to the extraordinary cannabinoid CBG through a non-intoxicating and profoundly smooth smoking experience. Our product delivers CBG into the bloodstream much more rapidly than other kinds of products, such as tinctures and edibles. Many people report that CBG from our product is more desirable than CBD.”

Many cannabinoid products rely upon sprayed-on cannabinoid distillate, which is normally extracted from hemp using toxic solvents to separate the cannabinoids from the rest of the plant. Lab technicians then purge the solvents from the distillates, but trace residue often gets left behind.

Essence Smokes rejects CBG extracts. All of the cigarettes’ CBG comes from the high-CBG strain found in the cigarettes. The smokes are simply 100% natural high-CBG hemp wrapped in hemp rolling papers.

One of Essence Smokes’ advantages over many other alternatives, Capolino says, revolves around the cigarettes’ environmental sustainability. Traditional cigarette butts are the single greatest source of pollution in the world’s oceans, taking more than 10 years to finally degrade. Along the way, the butts broadcast microplastics as well as hundreds of chemicals used to treat tobacco into waterways. But Essence Smokes’ filters biodegrade within a week upon reaching the ocean, and within a few weeks in landfills, Capolino says.

For now, the cigarettes are available in smoke shops along Colorado’s Front Range, as well as select retail stores in New Jersey, Delaware, Tennessee, and the country of Panama. The company will be offering its first-of-its-kind CBG cigarettes in the United Kingdom starting Q2 2021, with orders having already been placed, Capolino says. In addition, Essence Smokes is poised to begin distribution across select countries in the European Union as well as in more states, including California and Florida. All the products, too, are available online to consumers around the world.

“As we worked on the R&D, our team savored the enjoyment of smokable CBG,” says Capolino. “Now, with Earth Day just one month away, we are proud to introduce such a sustainable alternative to nicotine and tobacco products to consumers worldwide.”