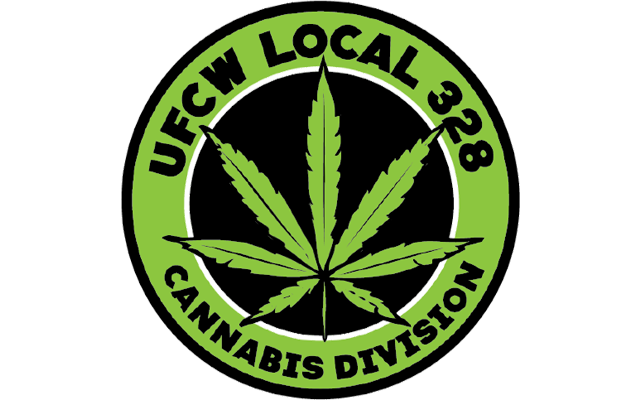 Curaleaf employees began organizing with Local 328 in March of 2020 as the Covid-19 pandemic was starting to impact workers across the country. The workers wanted to address issues related to the pandemic as well as other issues such as low pay and unfair discipline. Workers emphasized that they liked their jobs but wanted to have a real voice at work.

Workers filed for their election on April 20, 2020 and voted by mail throughout the months of May and June. When the votes were counted on June 26, 2020 more votes were cast for the union but there were enough “challenged” ballots that the results couldn’t be finalized. After an investigation and an NLRB hearing into the circumstances of the challenged ballots, the Regional office of the NLRB in Boston determined that 6 ballots should not be counted and that 4 should be opened. Curaleaf appealed this decision to the NLRB in Washington, DC, who sided with the UFCW.

Nearly a year after the workers’ campaign started, the final 4 ballots were counted today. The final results were 8-3, in favor of the union.

Reacting to the final tally, long-time employee Samuel Cortezano said, “This is an amazing accomplishment and we are excited to move forward to obtain fair wages and benefits for the hard-working employees at Curaleaf Hanover.”

This election comes as other cannabis workers across Massachusetts continue to form their union with the UFCW.  This is the first worker victory for Curaleaf in Massachusetts, where the company is based.

Workers at Curaleaf Hanover will now begin the process of negotiating a contract.  The President of UFCW Local 328, Tim Melia, said, “It is the goal of Local 328 to forge a positive working relationship with Curaleaf in an effort to expand their business while at the same time assuring the employees receive an equitable contract which provides for their wages, hours and working conditions.”