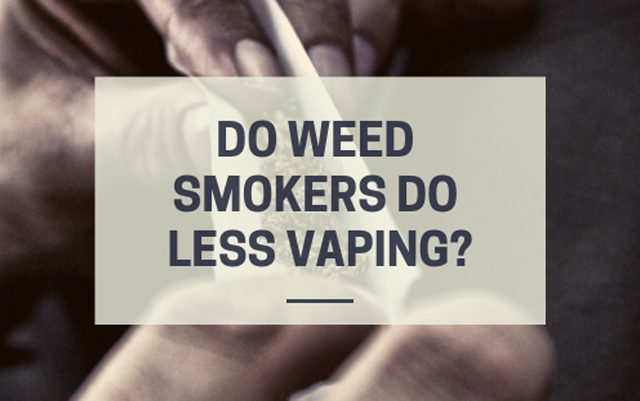 One of the biggest developments for those of us who like to smoke has been the rise in popularity of vaping. With tobacco being banned in many countries worldwide, and prohibited in most public places in the USA and Canada, the convenience of switching to vaping has not been lost on smokers. Vaping gives you the same experience, but with many health benefits – there is no smoke, just water vapour – hence, it becoming big business.

The sheer variety of vaporizers, e-liquids and accessories available for smokers turning to vaping is colossal, and the technology has advanced very quickly indeed. The principle behind vaping is that rather than burn tobacco – or marijuana, if that is your preference – the substance is heated to a certain point where the vapour is produced. This gives you the same effect as smoking,  but without the health risks.

When it comes to smoking weed, vaping was slow to take a hold, but there are more and more weed smokers turning to vaping. Vaporizers suitable for weed are affordable, efficient and easy to use, and you can also buy cannabis oil for use in vaporizers, a method that gives you added convenience. Check out suppliers such as Canada E Juice for an idea of what is available, and for more information on vaporizers and vape oils and e-juices.

There has been plenty of debate as to whether smoking marijuana is safe or not, but one thing is certain: smoking – both weed and tobacco – produces smoke from burning, which contains many known dangerous carcinogens, these being the substances that cause cancer and other illnesses in smokers. Also, the smoke produces tar which irritates the lungs and causes further problems, and then there’s the problem with passive smoking, as those around you are subject to the toxins, too.

So how does vaping compare? Quite simply, when you vape, you are not actually smoking. What you are doing is inhaling a vapour produced by heating the substance you want to consume. There is no tar, the vapour does not produce carcinogens, and you and those around you are not going to be harmed by the vapour that you produce. This applies whether you are vaping tobacco, weed or e-juices.

It is clear, then, why many weed smokers are turning to vaping; it’s safer, and it’s also more efficient. How do you decide which sort of vaporizer you need?

There are a number of different types of vaporizers, and if you want to smoke your weed naturally, you might want to check out dry herb vaporizers. These very clever devices are designed to heat weed to a temperature at which vapour is produced, and the vapour will give you the hit you get from smoking marijuana, but without the dangerous elements.

Furthermore, this method will also give you all the enjoyment, but without the characteristic weed smell. If you want to enjoy your weed privately and don’t want others to know, it’s the perfect solution.

Many weed smokers have also taken to using another type of vaporizer, a portable type shaped in the form of a pen. These, and other designs that are also compact and very portable, are created for use with vape oils and e-juices. Vaping cannabis oil, for example, has become very popular as vaping becomes more mainstream, and many smokers are choosing this healthier – yet just as effective – option over the traditional and potentially more dangerous method.

If you want to consume weed safely, you need to look at vaping, so why not check out Canada E Juice now, as they offer a choice of kits for beginners and all the accessories you need.

Disclaimer: This article is intended for general information and entertainment purposes only and is not intended to reflect the views of the publication.