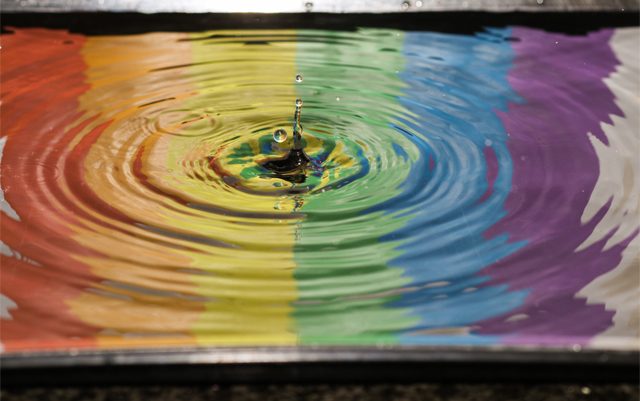 The cannabis industry could serve as the ideal for other industries regarding inclusion and diversity. Much of the discussion has centered on communities primarily affected by the drug war, often being people of color, and women in general. The market does seem to be performing slightly better than most others, but there is room for improvement as the industry matures.

The discussion around such equitable measures will sometimes, but not always, include the LGBTQ community as well. While most in the space agree that people of color and women need to be prioritized, does the same need to apply for LGBTQ people? The responses we received from those we spoke to for this article seem to indicate that the feeling is mixed.

“While there’s little available data on LGBTQ representation within the cannabis industry, there is some tension around representation – and it’s existed for some time,” said Michael Klein, CEO of cannabisMD. Klein mentioned other prominent outlets covering the topic in recent years. He discussed the need for the industry to acknowledge the impact the community had in growing the market, while also understanding the market’s good intentions. “But there’s a difference between wanting to do the right thing and actually doing it. It’s important that the industry look back and celebrate those that have contributed to bringing it into mainstream consciousness.”

Acknowledging the shared history of cannabis rights and the LGBTQ movement is something that John Entwistle is very familiar with. As director of the Dennis Peron Legacy Advisory Board, he understands how linked the two are, especially in the Bay Area. “Two great advances for human rights everywhere came from San Francisco where gay people and cannabis users combined forces first to elect Harvey Milk and later, during the AIDS epidemic, legalized marijuana for all medical use,” he explained.

He elaborated on their significant efforts. “Two marginalized groups of people who were entirely underground working together to push back against the dark forces of discrimination and fear. This is a huge story, and it deserves more attention.”

Chris Schroeder owns Somatik, a Bay Area-based cannabis business. He spoke further about the connection between the early cannabis movement and the LGBTQ community. “Historically, the legacy cannabis community has always been very inclusive, but hadn’t necessarily reflected equal representation of all communities. However the LGBTQ impact on cannabis is undeniable.”

Schroeder added, “As a diverse brand in a changing industry, it’s essential that we take an active role in creating a diverse company by creating space on our board, in our community and within our four walls for representation of each of those communities.”

As such, he does not feel like there is equal representation in the current market. Schroeder explained that businesses need to make conscious choices around equal representation. This includes seeking candidates outside of a person’s usual social and business networks. “Equal representation isn’t just a cannabis goal, it’s a goal for our society as a whole. This is an opportunity for the cannabis industry to set the standard by showing that a diverse team of people running our businesses fosters innovation, better products, and a healthier economy.”

Others feel that while LGBTQ representation and equality is paramount, women and people of color receive more attention because of the implications of the current system. Sara Gluck, Chief Operating Officer of the America Israel Cannabis Association (AICA), delved into why the attention should be focused on people of color, namely African Americans. “Studies have shown that those that identify as LGBTQ+ are twice as likely to use illicit substances, including cannabis. However, to my knowledge, sexuality doesn’t equate to being twice as likely to being imprisoned for cannabis, race does,” Gluck pointed out.

Schroeder also agreed that diverse representation includes all three of the core groups in the discussion. He also expanded on the differences each group faces in cannabis and beyond. “I would be reluctant to compare it to the other groups because the LGBTQ community has not been targeted by the war on drugs, and the cannabis industry is a good example of how the fight for female inclusion applies to every industry and is a global goal.”

Tess Taylor, founder of the brand TAYLOR + tess said her interactions with women of various ethnicities and gender preferences revealed barriers around licensing, funding, pay and other key areas of the business. “However, this creates a thread of commonality that bands these groups together, which is empowering for everyone.” Taylor added, “I do believe that this is an inclusive industry and a paradigm shift is happening in this industry and beyond.”

That paradigm shift seems to include brand inclusion. Today, Pride events are filled with sponsors promoting openness to the LGBTQ community. This extends past cannabis and into major names like banks, clothing and scores of other brands getting involved. Entwistle mentioned vaporizer brand PAX and its efforts to celebrate LGBTQ history and its participation in Pride week celebrations.

Others get involved outside of Pride. Dan Karkoska, aka DJ Dank, puts on PUFF, a queer, cannabis, drag party in San Francisco. PUFF has been nominated for best in city awards and has had support from major cannabis brands. Sponsors have included Somatik, Papa and Barkley and other leading names in the cannabis space to give out samples and educate the crowd. “By mixing a party, music and drag with weed education, we created a whole new hybrid show,” Karkoska noted.

That said, some are dubious to the influx of cannabis brands embracing the LGBTQ. Paul Rathert is the co-founder of Higher Level and considers himself a straight ally. He noted how consumers are becoming wiser to companies pandering support instead of actually embracing it. “Right now It’s easy to throw a rainbow sticker on your packaging and post it on IG with a bunch of community-friendly hashtags. It’s something else entirely to consistently see an LP actually doing good within a community.”

Rathert expanded on his inside perspective to the situation. “There’s a lot of talk about supporting minorities, but not many LPs actively supporting them or protecting them from being exploited. There’s a lot of talk and marketing behind supporting the LGBTQ community, but not many LPs are focusing time on it or telling the story of the relationship between illegal cannabis cultivation, especially in the famed Emerald Triangle and the AIDS epidemic in the Bay Area in the early 80s.”

This is something Karkoska hopes to achieve through PUFF – and with the plant in general. “Let’s educate ourselves on the amazing benefits of the cannabis plant, and create a community of all sizes, shapes and colors. Cannabis is a great uniter!”