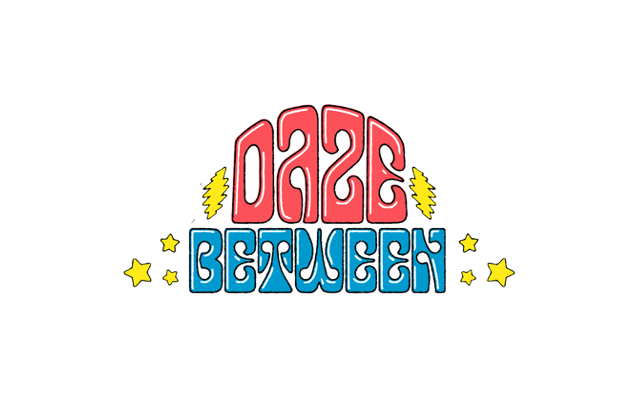 Rex Foundation and The Jerry Garcia Family have announced the second annual Daze Between, a multi-week tribute to the life, music, and legacy of Jerry Garcia and benefitting Rex Foundation, a nonprofit organization created by the Grateful Dead in 1983. Typically celebrated from August 1st through 9th, the event kicked off early this year, with the return of Bobby Weir & Wolf Bros at Berkeley’s Greek Theatre — the first show there since 2019.

The inaugural year of the campaign took place virtually, bringing in a whopping 2.7 million views over the course of the nine days. This year, with the ever-evolving tide, the event will shift into a hybrid event, with live music events and volunteer opportunities happening from coast to coast.

This year, Rex Foundation is asking the community to help them meet the important milestone of $10,000,000 in grants, given to small nonprofit organizations since 1983, supporting grassroots efforts in the arts, sciences, education, environment, indigenous culture, and social justice. Donations can be made by texting ‘DAZE’ to (202) 858-1233 or directly at www.dazebetween.com

“Community was a big part of the social experiment that was the Grateful Dead, and it is a community that has not only stood the test of time but has remained committed to making the world a better place for everyone,” shared Cameron Sears, Executive Director of Rex Foundation. “One of the more enduring aspects of how that was accomplished can be found in Rex Foundation. Formed with the notion that when we all work together, that makes a lasting positive social change a reality. We all play a part, and if we continue maintaining that tradition, this community will continue to thrive not just in deed, but also in spirit knowing that we are stronger together. That is what community is all about – and that is what Daze Between is about!”

Daze Between will offer a tribute to Garcia through art, music, and service by virtue of a combination of live shows and streams, Major League Baseball games, nationwide service opportunities, auctions, and more. Daze Between festivities kicked off early this year, with the return of Bobby Weir & Wolf Bros at Berkeley’s Greek Theatre — the first show there since 2019. Daze Between is sponsored by Garcia Hand Picked, a national cannabis brand that launched in 2020 to honor the legacy of Jerry Garcia.

“We are honored to sponsor this year’s Daze Between celebration with the addition of nationwide volunteer and charitable giving opportunities through Daze of Service,” said Rachel Genderson, Senior Director of Marketing for Garcia Hand Picked.  “We try to celebrate Jerry’s artwork, his music, and his passion for people and planet in every aspect of the Garcia Hand Picked brand, including our support of the Rex Foundation and all the good work they do to inspire fans and carry on Jerry’s legacy.”

Though Garcia is most well known for his musical talents, he had a wide range of interests, which included drawing and painting. To showcase Jerry’s visual art, The Garcia Family has just announced an NFT collection in partnership with YellowHeart entitled “An Odd Little Place: The Digital Works of Jerry Garcia (1992–1995).” The NFT collection features 17 limited edition pieces of original digital artwork available for auction on August 1st alongside the reveal of three additional works, one previously unseen, that were found in the Garcia Archive in a folder entitled “Last 48 Hours.”

The auction for the three unique digital artworks, only available as a single edition, will go up for auction separately starting August 5th at 3pm (ET) and ending on August 7th. A new exhibition at the Rock & Roll Hall of Fame opens to the public on August 6th that houses the 20 piece collection. Preview the NFT collection and learn more at yh.io.

The current schedule for Daze Between 2021:

Rex Foundation has promised even more announcements rolling out in the coming weeks, fans can stay tuned on social media @rexfoundation or at dazebetween.com

NEW THIS YEAR: Daze of Service

In addition to the inclusion of live shows, this year’s Daze Between will also place an emphasis on charity through Daze of Service, where fans nationwide are encouraged to give a few hours of their time to contribute back to their home communities. Service opportunities will support groups doing excellent work including Food Runners, Soles4Souls, Creative Chicago Reuse Exchange, Share Food Program, Open Hand, Cradles to Crayons, Food for Lane County, Gather New Haven, Downtown Evening Soup Kitchen, and more. For those not near a volunteer site or unable to participate, there are remote opportunities available to anyone, anywhere with organizations that include Kids In Need Foundation, Music & Memory and WhyHunger.

Daze of Service will give fans the opportunity to connect with one another after more than a year without the concerts that serve as community gatherings for DeadHeads.

A full Daze of Service events calendar and registration links can be found at www.dazebetween.com/daze-of-service